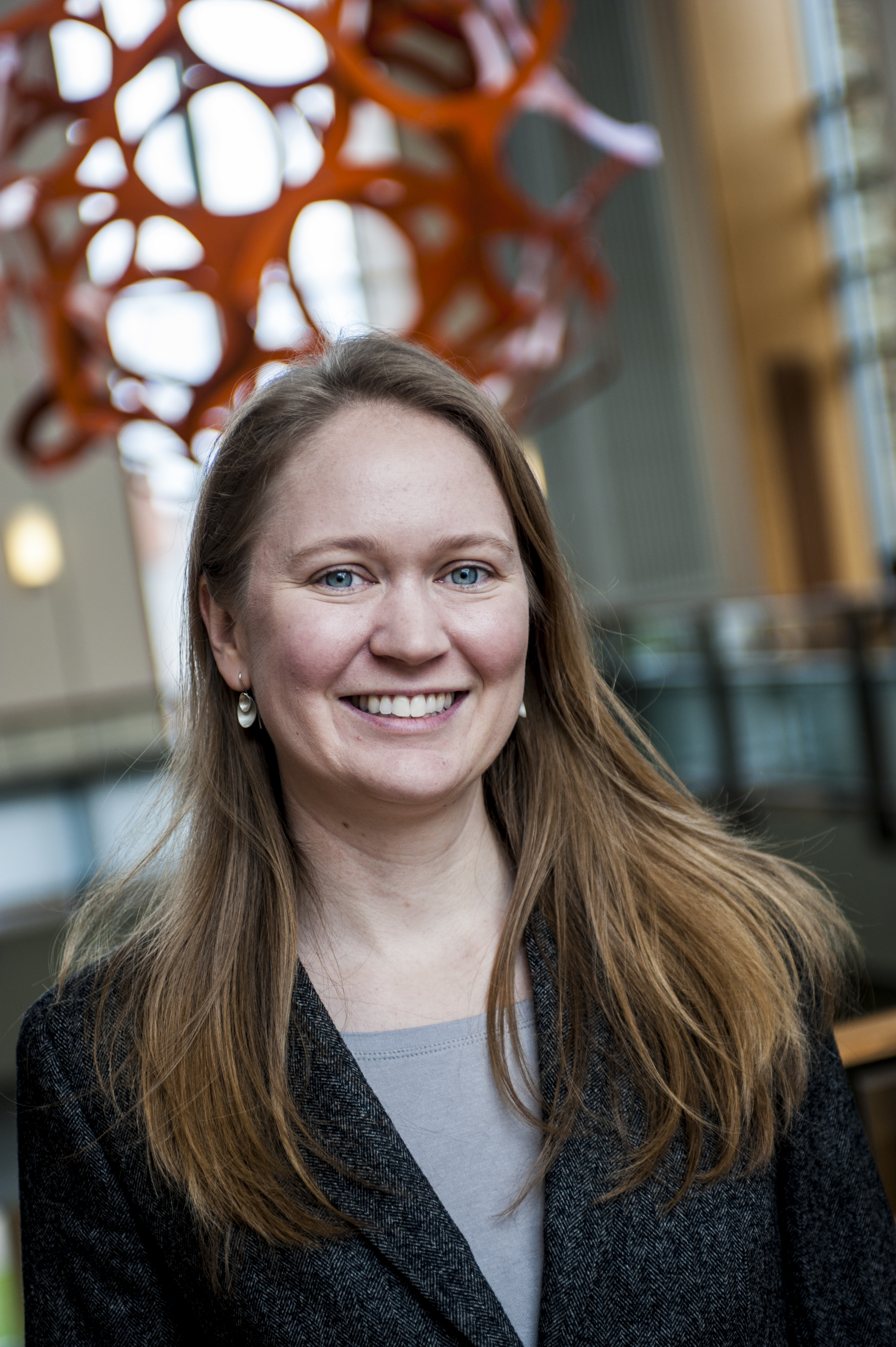 The Army Young Investigator award recognizes outstanding young university faculty members to support their research and to encourage their teaching and research careers. Mikkelsen’ research is focused on creating hybrid nanoscale materials to realize unique optical properties that cannot be found in the natural world.

The ARO award will provide $150,000 over the next three years to support Mikkelsen’s research on a project titled “Reconfigurable optical properties in the near-IR enabled by bottom-up assembly of nanoengineered materials.” This project will build upon a recent breakthrough where Mikkelsen set a new speed record in ultrafast light emission by creating semiconductor quantum dots that emit light at speeds greater than 90 gigahertz. She achieved this by localizing light to deep subwavelength scales using localized surface plasmons on small metal nanoparticles. The research was published in Nature Photonics 8, 835 (2014) and in Nature Communications 6, 7788 (2015).

The new ARO award will help Mikkelsen and her laboratory add real-time tunable properties to the system and extend its abilities into the near infrared. The project is expected to enable entirely new and extreme material responses and pave the way for vast performance improvements of existing devices including light sources, sensors and detectors in the near-infrared, as well as bring devices with new functionalities, such as quantum networks, closer to reality.

With this award, Mikkelsen adds to her long list of young investigator award recognitions, which includes the CAREER award from the National Science Foundation, the Air Force Office of Scientific Research Young Investigator award, the Cottrell Scholar Award from the Research Corporation for Science Advancement and the Ralph E. Powe Junior Faculty Award.

In addition to the ARO award, the new NSF award provides $2 million over the next four years to support a new collaboration between Mikkelsen and colleagues at the University of Washington and Princeton University to move toward solid-state quantum information networks operating at room-temperature. This is part of an NSF-initiative on Advancing Communication Quantum Information Research in Engineering (ACQUIRE) where researchers will confront major challenges in a four-year quest to engineer a quantum communication system on a chip.