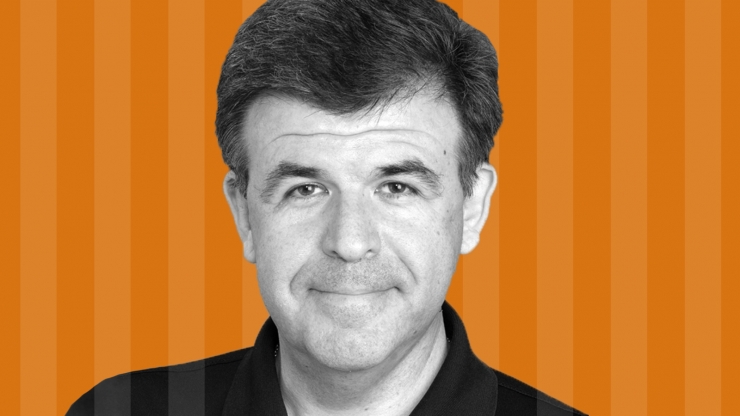 Mikhail Nikiforov will join the faculty of Duke University with a joint professorship in the Departments of Biomedical Engineering and Pathology beginning January 1, 2022. An expert in decoding how changes to fundamental biological processes are tied to diseases such as melanoma and multiple myeloma, Nikiforov will look to translate his work into clinical treatments through new and existing collaborations at Duke.

Complex organisms such as humans are, at their core, an inseparable tangle of countless small, individual biological processes. While the macroscopic effects of diseases such as cancer are easy to see, the myriad of changes such diseases cause on a subcellular level are much more difficult to tease out.

Nikiforov’s scientific pursuit is to study these basic processes in depth and then collaborate with other disciplines to see if his findings connect to their challenges. And more often than not, he’s focusing on the most fundamental cellular process there is—metabolism.

“Metabolism is a very basic process that every living thing in the world has, and cells affected by a disease such as cancer often have a very different metabolism than healthy cells,” said Nikiforov. “But you have to understand what is most important to both types of cells. Because while a specific enzyme might be crucial for a cancer cell, it might also be necessary for a healthy cell, and disrupting it would kill the person with the disease.”

One example of Nikiforov’s work involves the endoplasmic reticulum, which is a sort of roadway within cells that transports proteins and other biomolecules. If the system is working at highway speeds rather than neighborhood speeds, however, the proteins being transporting don’t have enough time to fold correctly, causing them to get stuck and create a traffic jam. This is one of the underlying symptoms of multiple myeloma, otherwise known as bone marrow cancer.

“The intellectual level of potential collaborators at Duke is unparalleled. Both the biomedical engineering and Medical School Research are ranked third in the country, so I wanted to come here to be part of the best of the best.”

While researchers studying fatty liver disease had also seen this sort of symptom in action and knew how to treat it, experts from the two fields hadn’t made the connection—at least not until Nikiforov realized that the two symptoms were essentially one and the same.

“This is one of the best examples of how knowledge of a basic pathological process that had already manifested in one field can be combined with knowledge from a different field to reveal a novel method of treatment,” said Nikiforov. “For example, causing endoplasmic reticulum stress in multiple myeloma via alterations in lipid metabolism could perfectly complement the effects of the drugs that induce the same stress by preventing proteins to fold properly.”

Similarly, Nikiforov recently developed a way of measuring GTP within a cell. Unlike its well-studied cousin ATP—a biomolecule responsible for delivering energy to cells—GTP has received significantly less attention from the scientific community. When it has been studied, researchers have only been able to take average measurements of the biomolecules within a cell. This is, as Nikiforov puts it, about as helpful as taking the average temperature of all patients within a hospital.

But in 2017, Nikiforov’s group described intracellular sensors that could, for the first time, detect changes of GTP and its levels of concentration in various parts within a cell. He’s now using these sensors to see if changing gradients of GTP within melanoma cells affect how this aggressive form of cancer metastasizes throughout the body.

“We are once again trying to understand a basic biological process and how it changes in cancer cells,” said Nikiforov. “And then if it does change, we can try to understand why and find a way to inhibit the change to create a prototype treatment.”

Another prong of Nikiforov’s research entails developing miniature 3D environments that mimic the complexities of an organ. Dubbed organoids, these emerging platforms can be used to culture diseases and test potential treatments without the need for risking a patient’s health.

Getting multiple myeloma cells to grow in these organelles, however, is very difficult. Nikiforov and colleagues have managed to culture them for up to two weeks, which is enough time to test multiple drug combinations to see which might work best for an individual patient.

There are, of course, many scientists working on various types of organoids, including quite a few at Duke. The potential for collaboration is part of the draw for Nikiforov.

“The intellectual level of potential collaborators at Duke is unparalleled,” said Nikiforov. “Both the biomedical engineering and Medical School Research are ranked third in the country, so I wanted to come here to be part of the best of the best.”

“Even during my interviews, I was excited by the level of questions I was being asked,” Nikiforov continued. “Obviously  I knew about the excellence of the community before, but after experiencing it for myself, I’m definitely looking forward to having many challenging and inspiring conversations.”