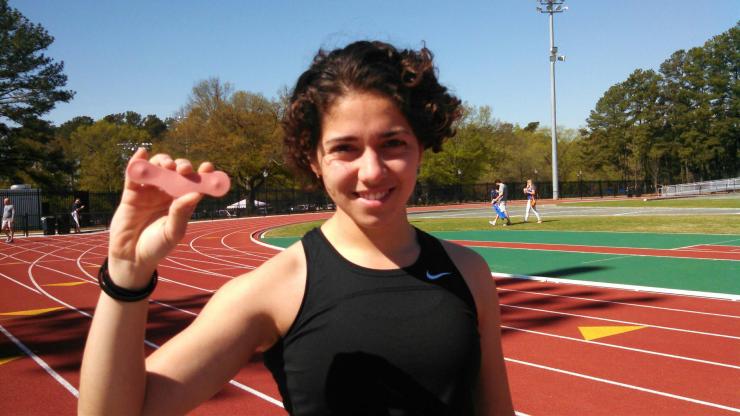 Every year, Forbes Magazine recognizes innovators under 30 from 20 different industries, ranging from tech and entertainment to education and healthcare. Among the new class of industry ‘stars’ were 13 Duke University alumni, including MEMS graduates Scott Martin, Karim Khalil, and Ivonna Dumanyan. These graduates were recognized for their unique contributions to the fields of artificial intelligence, healthcare and energy in the 2018 Forbes 30 Under 30 class.

Scott Martin was recognized on the 30 under 30 Energy list for his work on the NET Power project, a joint venture between Toshiba and 8 Rivers Capital that will build the world’s first emissions free-power plant. Operating out of Houston, Texas, the power plant was designed to capture all of its own carbon emissions at no additional cost. Martin graduated from Duke with a bachelor of science of engineering degree in mechanical engineering in 2014.

Karim Khalil was also named on the Energy list in recognition for his work on a novel water reclamation technology that he developed through his start-up, Infinite Cooling. Khalil devised a way to recapture water vapor from power plants that normally escapes through evaporation, allowing engineers to recycle the water vapor into the cooling system of the plants. He graduated from Duke with a bachelor of science of engineering degree in mechanical engineering in 2012.

Pratt graduate Ivonna Dumanyan was recognized on the 30 under 30 healthcare list for her work on Fathom AI, a healthcare start-up she founded with fellow Duke student and 30 under 30 honoree Gabrielle Levac. After tearing two muscles during her time as a student athlete, Dumanyan recognized that athletes would benefit from a wearable technology that could help monitor their form and create training regimens to avoid injuries. The duo founded Fathom AI while they were still students at Duke, and since graduation they have worked to grow the company. Dumanyan graduated from Duke with a bachelor of science degree in mechanical engineering in 2016 and a master’s degree in mechanical engineering in 2017.

The success of MEMS graduates comes as no surprise to department chair Ken Gall. “Mechanical engineering is an exciting, continually evolving discipline that enables students to address a wide range of societal needs,” says Gall. “We are very proud of Scott, Karim, and Ivonna for their entrepreneurial accomplishments spanning energy, environment, biomechanics, and artificial intelligence.”