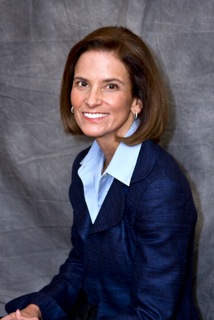 Martha Monserrate found her calling in the most unlikely place, a former toxic waste dump. Monserrate was working at the infamous Love Canal in Niagara Falls, New York, where a neighborhood and school had been built on top of 21,000 tons of hazardous chemical waste. Every day, she would don a moon suit, navigate the neighborhood that had been evacuated, and collect soil, water and air samples to determine if the area could ever be inhabited again.

“I realized I was finally doing what I had always wanted to do,” recalled Monserrate. “Sure, my parents were a little worried that I was using my Duke degree to play with hazardous waste, but it was the premiere project of the time. I was doing work that was absolutely cutting edge, to help people who were under a federal evacuation order. You don’t get more intense than that.”

Monserrate didn’t always know that she wanted to be an engineer. She started out as a biology major before figuring out she didn’t want to follow the usual paths of medical school, research and teaching. So Monserrate decided to try out a graduate course on air pollution. It blew her away.

“I suddenly saw how the topics I had already learned, like calculus and chemistry, could be applied to the real world problem of air pollution,” she explained. “It just knocked me over, it really did, and I knew I had to switch to engineering.”

After graduating, she spent some time at a small firm in Rochester, New York, designing noise barriers and other solutions for urban life. Though noise pollution is arguably an environmental issue, Monserrate kept looking for a career opportunity more in keeping with her biology and chemistry background. She found it with a company called CH2M Hill, Inc., which specialized in hazardous waste and environmental remediation. Her first project took her to Love Canal.

The New York State Department of Health had already conducted epidemiological studies showing the type of contamination in the area directly above the toxic waste dump could increase the incidence of cancer. Jimmy Carter, who was president at the time, ordered that the houses built directly into the muck be destroyed, and allocated funds for over 350 people to move out of their homes just beyond the demolished area.

The people who remained would gather outside the fence that divided the quarantined area from the rest of the neighborhood and attend public meetings. They worried that the collected data might suggest worse health problems for them and their children, as well as further drops in their property values. It was Monserrate’s responsibility to help present the data in understandable form, answering questions and letting people know what they had discovered.

“That kind of engagement was something else that attracted me to this field,” said Monserrate. “I had to draw on my skills not just as a technical engineer, but as a writer and as a speaker.  We were talking about chemicals that sound scary because they had five or six syllables each, so I had to present the information graphically and explain it in terms that people could understand.”

Eventually, she and her fellow scientists found that it was safe for people to move back into the furthermost ring of houses around the site. For the next twelve years, Monserrate worked on a number of other big hazardous waste sites in New York and New Jersey. But after the birth of her second child, she learned that if she didn’t come back to work full-time she would lose her status as a key employee in the company. Monserrate didn’t want to miss out on spending time with her children, and she also didn’t want to give up her career. So she decided to start her own company, Environmental Excellence Engineering.

“It was a little rocky at first,” remembered Monserrate. “I was used to working in a 15,000 person firm, and all of a sudden I was “solo.” That changed the type of project I could do.”

Monserrate teamed up with a couple of other women who had followed in her footsteps by starting firms of their own. Together, they did environmental auditing for the postal service and other companies, traveling to production facilities and making sure that waste like fluorescent lights, lead batteries, and refrigerant were being disposed of properly. But her business really took off when she teamed up with some other former colleagues to help Fortune 500 companies recover money from old insurance policies. The companies had legacy production sites, some dating back to World War II, which had environmental liabilities once covered by insurance.

The clients had not tried to recover money under the insurance policies, because that usually involved a lengthy process of filing claims and going to court. With Monserrate’s experience assessing hazardous waste sites, she was able to work with a team of accountants, attorneys and engineers to size up the cost of remediation and then convince the insurance companies to buy back the policies. They turned what might have been a seven-year litigation into a 10-month business negotiation. Though their efforts wouldn’t necessarily guarantee that a site would get cleaned up, it gave clients the money needed to self-insure against future problems or execute the remediation.

“It really was a business proposition where I was using my environmental skills,” said Monserrate. “I wouldn’t consider myself a tree hugger environmentalist -- I’m not out there trying to save every blade of grass. Environmental cleanup is making choices, you have to allow a certain amount of contamination in the environment or you would never have any energy, you would never have roads. It is a question of balancing, and that has always been my outlook on life.”

She may not claim to be a tree hugger, but Monserrate clearly is trying to leave the world a better place than she found it. She sat on the Conservation Commission/Advisory Council in her hometown of Rye, New York, where she is vice chair of the city’s planning commission. She provided leadership to her alma mater by serving first on the Duke Pratt Board of Visitors and now the Duke Board of Trustees. And she created a non-profit called the Given Limb Foundation to help military and civilian amputees.

The idea for the foundation came from talking with her brother-in-law, a doctor who had witnessed a number of limb amputations while serving in Iraq. Monserrate did some research and found that while returning soldiers are afforded top-notch medical care and the most high-tech devices available, they often have a hard time figuring out how to reengage in social or work settings without an arm or a leg. The Given Limb Foundation, in conjunction with the Amputee Coalition of America, developed a peer visitor training program that connects the newly amputated with experienced amputees who could guide them through the transitions they faced.

Monserrate also discovered that the more advanced prosthetic devices available to the military are generally not covered by insurance for the civilian population. Her foundation is working to provide these devices to those who need them, and recently helped provide a $50,000 prosthetic to a woman who lost her leg to cancer.

Though it may seem like a far cry from toxic waste, there is a common motive that drives Monserrate.

“I like the idea of fixing something that would improve a neighborhood or a life or potentially protect people’s health in the future,” said Monserrate. “That is what I’ve always wanted to do.”