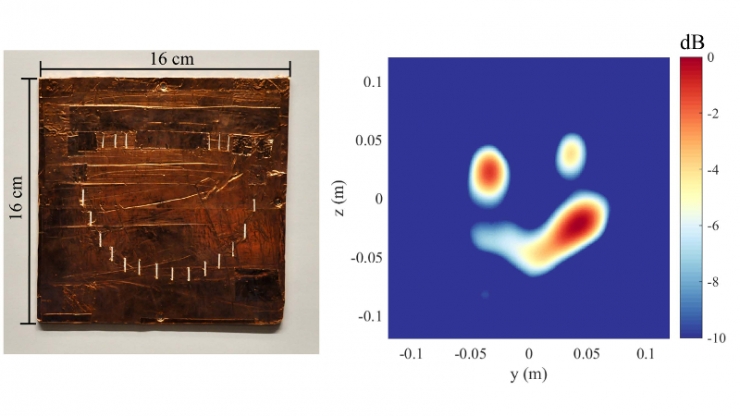 Electrical engineers at Duke University have devised a low-cost method for passively locating sources of radio waves such as Wi-Fi and cellular communication signals.

Their technique could lead to inexpensive devices that can find radio wave devices like cellular phones or Wi-Fi emitters, or cameras that capture images using the radio waves already bouncing all around us.

The results appear online on May 12 in the journal Optica.

“In this paper we achieved spectral images of microwave noise sources themselves, which means we can locate radio and microwave sources, like antennas, while simultaneously characterizing what frequencies they are emitting over,” said Aaron Diebold, an electrical and computer engineering research assistant at Duke, who led the research. “At optical frequencies, that would be like getting a color image of a hot object like a stove burner. While that is pretty simple optically, it takes different techniques in the radio and microwave regime.”

Locating sources of these types of waves is already possible, but the techniques and equipment required are complex. Such devices traditionally use an array of many small, power-hungry antennae that cause these devices to become bulky and expensive. And because radio waves are so much larger than light waves, the methods used in optical frequencies are prohibitively complex and would result in extremely large detectors and other machinery.

In the new paper, the researchers turn to metamaterials instead. Metamaterials are synthetic materials composed of many individual engineered features, which together produce properties not found in nature through their structure rather than their chemistry. In this case, the metamaterial is a collection of squares containing inlaid wires in specific shapes that can be dynamically tuned to interact with radio waves passing through them. 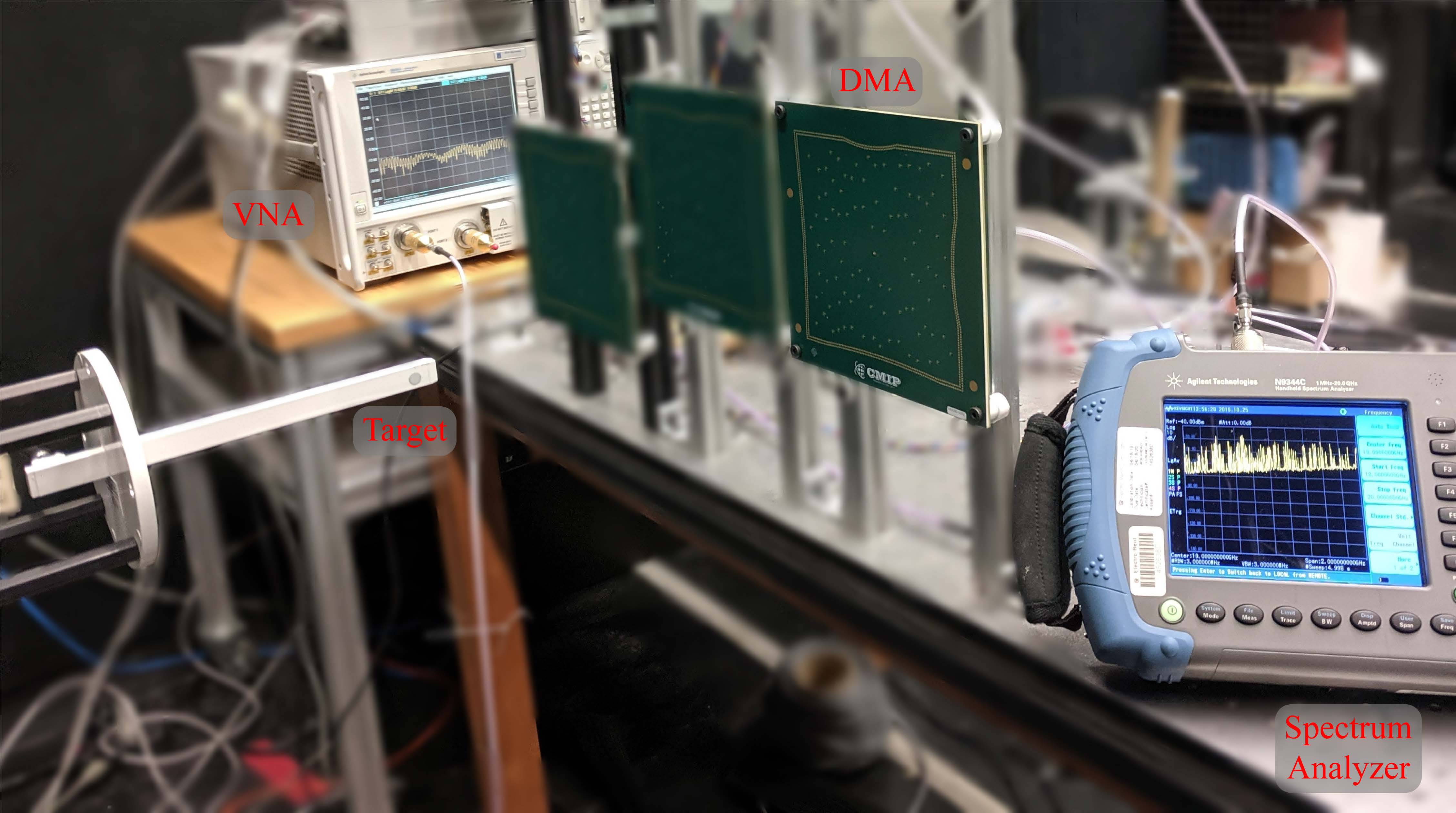 By having some squares allow radio waves to pass through and others that block them, the researchers can create what is known as a coded aperture.

“We use the different patterns to encode data into a single measurement, which boosts the signal strength relative to what you would get with just a single, small antenna,” said Mohammadreza Imani, a research scientist at Duke who will be joining Arizona State University as an assistant professor in electrical and computer engineering later this year. “We also use the metamaterials to ‘stamp’ the different frequencies of the data, which allows us to tease them apart.”

To understand how a coded aperture boosts signal, consider the grade-school experiment of looking at a solar eclipse by using a hole punched in cardboard to create an image on the sidewalk.  As anyone who has ever done this knows, the smaller the hole, the sharper the detail of the eclipse. But a smaller hole also makes it dimmer and harder to see.

The solution is to make many tiny pinholes to create an array of eclipses, and then to use a computer to reconstruct them into a single image. This way you get the sharpness of the tiny pinhole with the brightness of a large pinhole. The key is in knowing the pattern of the holes—also known as the coded aperture—which the researchers control with the metamaterials.

The metamaterials also modulate various frequencies differently as they pass through the coded aperture, which allows the researchers to deduce the frequencies of the waves being detected.

The researchers demonstrated the usefulness of this approach in the paper. They first showed that they can “see” and identify the shape of radio waves emitted by a smiley-face-shaped antenna. They then showed that their system can work in the real world by locating radio wave sources in three dimensions relative to one another.

The researchers plan to continue to refine their methods in the hope of eventually being able to take “pictures” of objects and scenes with nothing more than the radio waves bouncing off of them.

“Passive imaging occurs in situations where you don’t control the source, like taking a photo using light from the sun or light bulbs,” said David R. Smith, the James B. Duke Distinguished Professor of Electrical and Computer Engineering at Duke. “At microwave frequencies, there are lots of signals bouncing around constantly. These ambient RF waves could provide enough illumination for a metasurface imager to reconstruct images using the techniques described in this research.”

Beyond Materials: From Invisibility Cloaks to Satellite Communications

A Look Back on the Discovery of Metamaterials