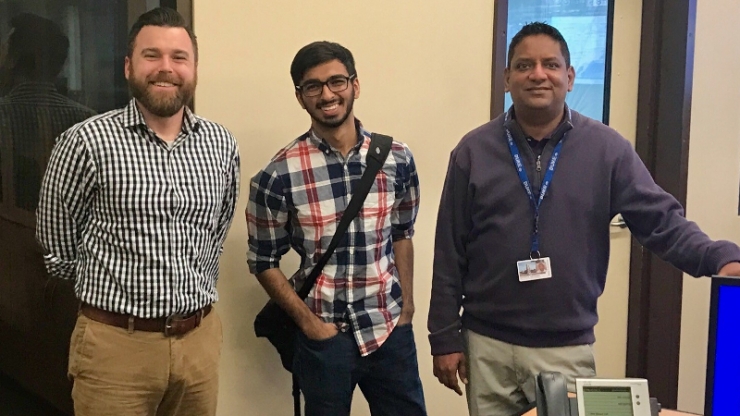 It’s not every Duke student who has an opportunity to save the university tens of millions of dollars. That is, however, exactly what Anuj Thakkar is trying to do.

And he’s doing it with light bulbs. 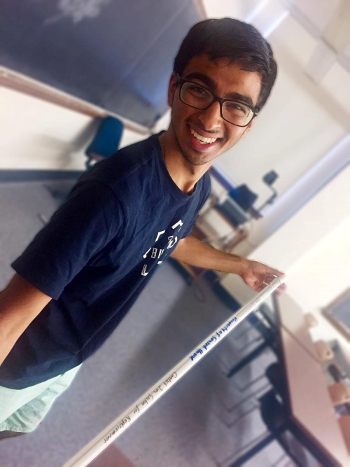 “I’ve always been passionate about saving energy and protecting the environment,” said Thakkar, a first-year student in the Pratt School of Engineering who received a coveted Benjamin N. Duke Scholarship. “I did a project in high school to analyze all the different ways we could save energy, and light bulbs turned out to have the best return on investment by far.”

LED lighting is a relatively new technology that uses less energy than the traditional fluorescent lights found in the ceilings of most schools and office buildings. Thanks to a few grants Thakkar secured with his team, his high school installed new LED lighting throughout the building for an estimated savings of $60,000-$70,000 over 13 years.

When Thakkar set foot on campus last fall, he wasn’t surprised to see that Duke’s buildings still have fluorescent tube lighting as well. LED tubes are not always compatible with existing infrastructure, and few facilities have looked into making the change.

It took Thakkar less than a week to ask to lead a team to analyze the possibility of making the switch. With support from Lauren Shum, president of the Duke Smart Home, Thakkar organized fellow first-year students Lara Breitkreutz, Yutao Gong and Gouttham Chandrasekhar and sophomore Aashna Aggarwal to do just that.

“President Brodhead was very supportive of the idea,” said Thakkar. “So was Executive Vice President Trask—a few days after our conversation, he had LED lights installed in his own office.” 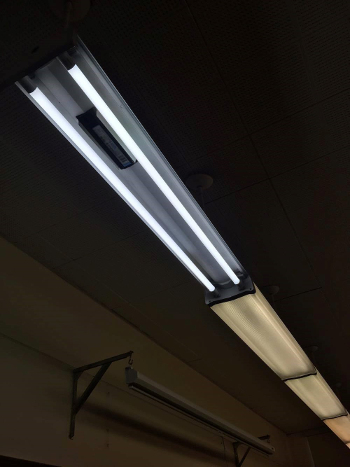 Over Spring Break, the Duke Facilities team outfitted several classrooms in Hudson Hall with new lights. Some classrooms have only a few new bulbs, with slightly different shades of bulbs on the yellow-to-white spectrum. Other rooms have had a complete switch. The goal is to make sure they provide adequate lighting—and to see if anybody even really notices the change.

The pilot program will help narrow the choice down between a handful of manufacturers and types of LED lights, as they range in compatibility, energy use, light output, cost and color. Depending on the final choice, and thanks to financial support from the Facilities Management Department, switching all of Hudson Hall should save at least $180,000 in electricity costs over the next 15 years.

Thakkar hopes to complete the pilot project before this summer. If it’s successful, he hopes to work with Duke’s Facilities Management Department to expand it campus-wide.

“It’s hard to give an accurate estimate on that kind of a scale with the limited information I have available,” said Thakkar. “But if we did this campus-wide, I think we could potentially save up to $55 million over the next 15 years.”