The approach was demonstrated in human samples, and researchers are now developing the technique for placement on a chip, which could provide fast, simple and reliable information about a patient. A diagnostic device based on this chip also could be made portable.

The researchers developed a silver-based nanoparticle that homes in on a specific molecular marker that spills into the bloodstream at the first stages of an infection. When light is aimed at the sample, the nanoparticle attached to a molecular marker will reflect a distinct optical fingerprint. 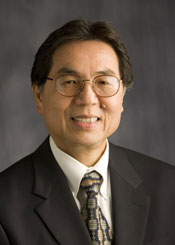 "We have demonstrated for the first time that the use of these nanoprobes can detect specific genetic materials taken from human samples," said Tuan Vo-Dinh, the R. Eugene and Susie E. Goodson Distinguished Professor of Biomedical Engineering at Duke's Pratt School of Engineering and director of The Fitzpatrick Institute for Photonics at Duke. He is also a professor of chemistry.

The results of the Duke experiments appear online in the journal Analytica Chimica Acta. Hsin-Neng Wang, a post-doctoral fellow in Vo-Dinh's laboratory, was the first author of the paper.

In this interdisciplinary project, the Vo-Dinh team collaborated closely with scientists at Duke's Institute for Genome Sciences & Policy (IGSP) who have developed a method of measuring the host's response to infection through RNA profiling.

The research is supported by the National Institutes of Health, the Defense Advanced Research Projects Agency, the Department of Defense and the Wallace H. Coulter Foundation.

In the Duke experiments, the nanoprobes are used in conjunction with a phenomenon first described in the 1970s known as surface-enhanced Raman scattering (SERS). When light, usually from a laser, is shined on a sample, the target molecule vibrates and scatters back in its own unique light, often referred to as the Raman scatter. However, this Raman response is extremely weak. 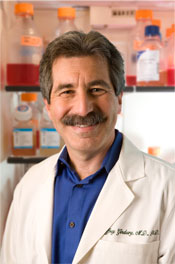 "When the target molecule is coupled with a metal nanoparticle or nanostructure, the Raman response is greatly enhanced by the SERS effect – often by more than a million times," said Vo-Dinh, who has been studying the potential applications of SERS for decades.

"This important proof-of-concept study now paves the way for the development of devices that measure multiple genome-derived markers that will assist with more accurate and rapid diagnosis of infectious disease at the point of care," said Geoffrey Ginsburg, director of genomic medicine at the IGSP, executive director of the Center for Personalized Medicine at Duke Medicine, and a professor of medicine and pathology.

Other members of the team were Pratt's Andrew Fales and IGSP's Aimee Zaas, Christopher Woods and Thomas Burke.