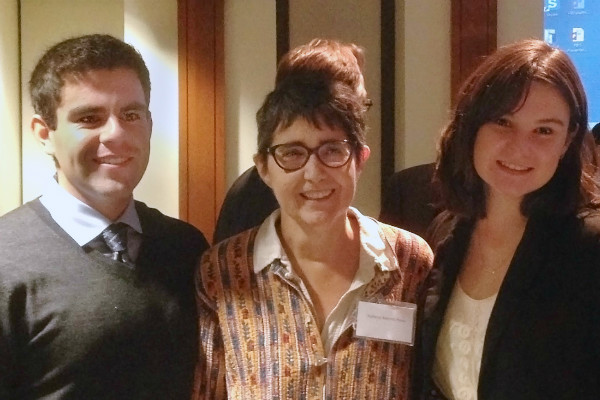 The award was presented to Lambrou and Latner on Monday, March 30, at a dinner celebration that also honored the recipients of the University’s 2015 Melcher and Futrell Awards for journalistic excellence.

The selection committee, comprising science communications leaders across the University, praised the team’s video as “a creatively produced, accessible and compelling video that met its goal of educating high-schoolers and the general public about Ebola thanks to the producers’ sound understanding of how to communicate clearly about a complex scientific topic.” Latner and Lambrou received certificates commemorating their accomplishment and a shared honorarium of $500.

Honorable mentions in the competition were Can Humans Hibernate? Ask the Dwarf Lemur, a Scientific American blog post by biology graduate student Sheena Faherty, and Engineering Low-cost Methods to Assess Water Safety in South Africa, a series of posts on the Duke Global Health Institute Diaries from the Field Blog by biomedical engineering major Brittany Davis.

More information about the Merritt Award is online at pratt.duke.edu/merrittaward.