Kam Leong Named a Fellow of the National Academy of Inventors

Kam Leong, the James B. Duke professor of biomedical engineering at Duke University’s Pratt School of Engineering, has been named a fellow of the National Academy of Inventors (NAI).

Founded in 2010, the NAI recognizes academic inventors for their prolific spirit of innovation in creating or facilitating outstanding inventions that have made a tangible impact on the quality of life, economic development and the welfare of society. This year’s list includes 143 innovators, representing 94 universities and governmental and non-profit research institutes, who together hold more than 5,600 U.S. patents.

The invention that Leong is best known for stems from his time as a post-doctoral fellow at the Massachusetts Institute of Technology (MIT). Together with his mentor Robert Langer, the David H. Koch Institute professor of chemical engineering, Leong was instrumental in developing the brain cancer treatment Gliadel, a controlled-release therapy that delivers the drug carmustine directly into a tumor site after surgical removal. The invention evolved from the lab’s work in developing biodegradable polyanhydrides as a novel drug carrier—only the second class of biodegradable polymers approved by the Food and Drug Administration. 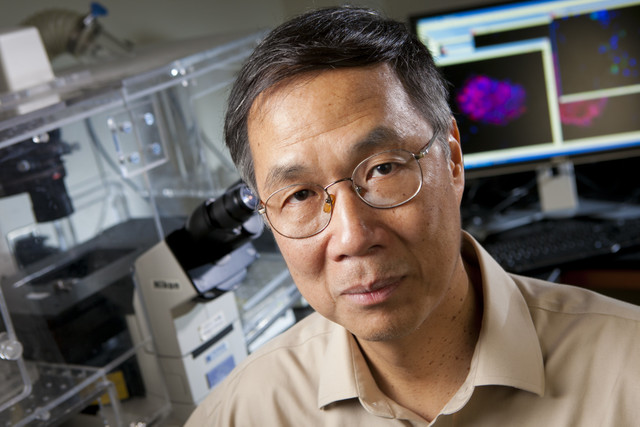 While at Johns Hopkins University, where he served on the faculty from 1986 to 2006, Leong developed a controlled-release tumor vaccine that uses paraffin-embedded tissue fragments made from a patient’s own cancer and immunoadjuvants. This personalized “self-vaccine” causes no side effects. Known as AFTVac (autologous formalin-fixed tumor vaccine), the technology is licensed to Cell-Medicine, Inc. in Japan, and has treated more than 300 Japanese patients with glioblastoma multiforme tumors since 2007. While the invention is not a cure, it provides patients with invaluable additional months of life, given that the median survival rate for the disease is only around one year.

In total, Leong is the holder of 39 patents, including inventions such as biodegradable foams for cell transplantation, electroactive scaffolding for growing organic tissues, and a method for delivering nucleic acid vaccines by mouth. For the latter invention, recent experiments have demonstrated the possible treatment of hemophilia in a mouse model by inducing cells in the body to produce coagulation factor through orally delivered DNA nanoparticles.

Leong, along with the other NAI fellows, will be inducted by Deputy U.S. Commissioner for Patents Andy Faile from the United States Patent and Trademark Office during the 3rd Annual Conference of the National Academy of Inventors on March 7, 2014, in Alexandria, Va. Academic inventors and innovators that were elected fellows by the NAI Fellows Selection Committee were nominated by their peers for outstanding contributions to innovation in areas such as patents and licensing, innovative discovery and technology, significant impact on society, and support and enhancement of innovation.

This honor is the second such distinguished award that Leong has earned this year, having been elected to the National Academy of Engineering this past February.