Here’s How Seniors Do Energy 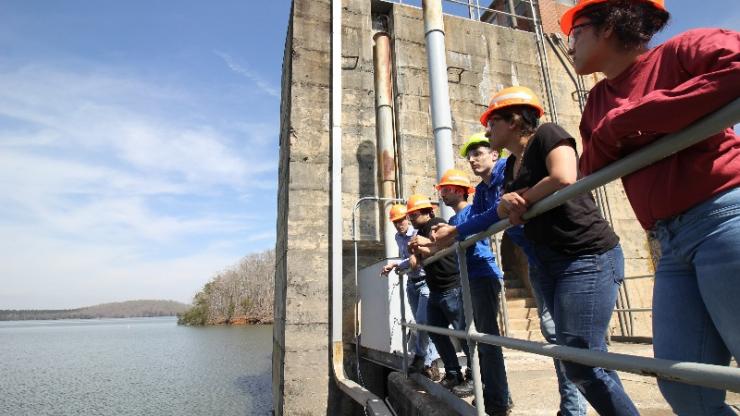 “They think I’m doing arts and crafts,” said Short with a laugh.

In fact, Short is finishing Duke’s Certificate in Energy and Environment through participation in a Bass Connections team. Under the guidance of MEMS faculty member Josiah Knight and School of the Environment faculty member Emily Klein, the team is aiming to develop temporary energy solutions for communities whose energy infrastructures have been critically damaged by hurricanes.

“My team was pretty concerned with how hurricanes devastate energy systems,” said Uriel Salazar, another senior mechanical engineering student working on the team. “In Puerto Rico, some people still don’t have power a year later. You have companies coming in and putting up wind turbines—and that’s great, but it’s expensive. Steel turbines are heavy, and you have to put a lot of energy into them just to get them moving. So we came at it from that angle—how can we make energy accessible?”

Inspiration came during tenting season at Duke. During a particularly blustery period, high winds caught some of the shelters, sending them sailing. Tent poles and scraps of fabric were strewn far and wide. Short gathered some of the materials to see if, on a small scale, their wind-catching properties could be used to generate power. As the gear manager at Duke Outdoors, she already knew how to repair tents—now she was challenged with repurposing them.

The team is working to create a rotary kite, ten feet in diameter, that is tethered to a generator on the ground. The motion of the kite’s spinning vanes will power the generator, which in turn might keep small appliances like laptops, phones and mini-fridges running during a sustained power outage.

The motion of the kite’s spinning vanes will power the generator, which in turn might keep small appliances like laptops, phones and mini-fridges running during a sustained power outage.

The very thing that makes coastal areas vulnerable—proximity to the ocean—is what makes their team’s wind energy kite viable, said Salazar. At the shore, wind currents at elevations of 100 feet or higher remain relatively consistent. When the kite reaches that height, it can theoretically generate a small amount of power with little further effort from its operator. After initial small-scale tests in the school’s wind tunnel, Short calculated the energy generation potential of the full-sized kite to be around 580 watts of power in 22 mph winds.

When they scale up to the full-size prototype, said Short, they plan to use reclaimed tent poles in its frame.

“The whole idea is for the structure to bend collapsible,” said Short. “We want them to be easy to operate—as easy as setting up as a tent.”

Taking Out the Trash

Salazar, an energy engineering minor, is completing not one but two senior projects—his second is supervised by MEMS faculty member W. Neal Simmons. Simmons is a principal of Cube Hydro Partners, which owns, operates and refurbishes hydropower plants for higher efficiency and performance. At Cube’s Lake Lynn facility, a low-functioning trash rake has been causing engineers headaches. 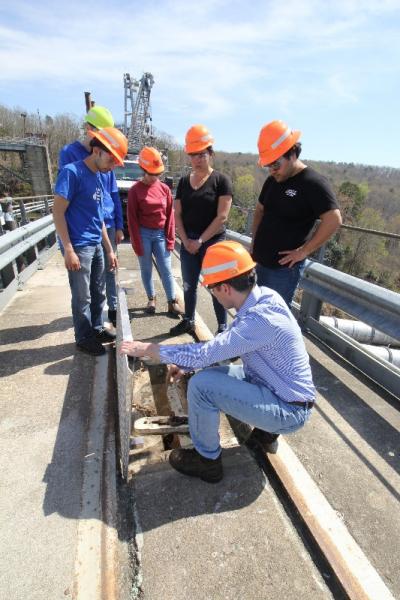 Senior mechanical engineering student Laura Perez—also an energy engineering minor—explained that the rake is designed to gather waterlogged debris from the bottom of the lake, where it can accumulate and block the flow of water feeding the turbines. 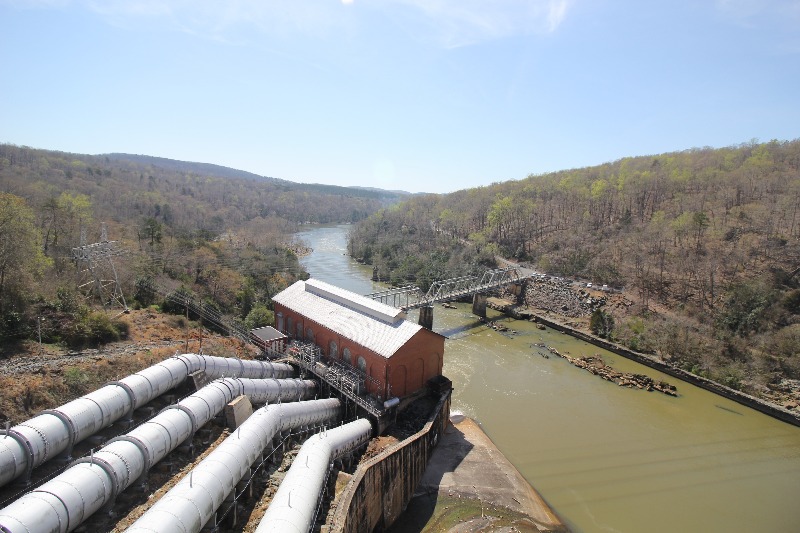 “The rake is a hydraulic sled with a claw, controlled by a cable,” said Perez. “Once the sled hits the debris, the cable will slacken and signal that there’s trash below, and the claw will try to scoop it up. But it isn’t effective. It will maybe grab a twig, but not the bulk of the trash.”

Perez said the team’s approach was to analyze what the facility already had, and make simple changes that were easily implemented. “The big problem was that the rake’s teeth didn’t extend downward far enough, she said. “Bigger teeth weren’t an option because they’re installing new gates that would make contact with them. Instead, we designed a pivot attachment that causes the top part of the rake to jut out, so the teeth can extend farther.”

Their plans are making their way to the machine shop, and they hope the new and improved trash rake will be installed in the near future.

“This project has impact,” said Salazar. “If we can fix this problem, that’s like powering a thousand homes.”

Learn more about the Energy minor and certificate program