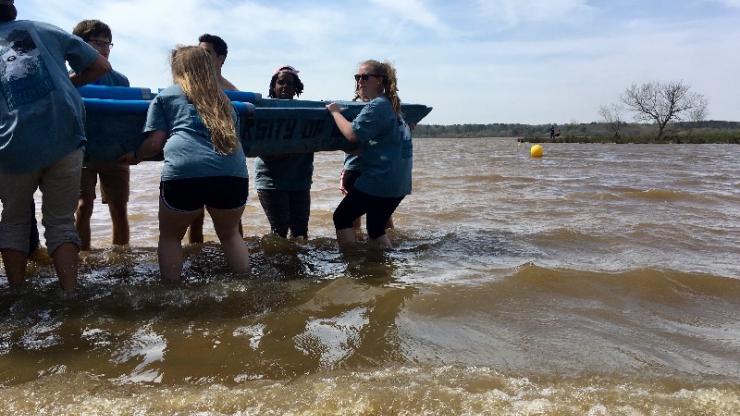 At the sandy edge of Raleigh’s Lake Crabtree, a pack of purple-clad Clemson students splashed through the chilly water toward their team’s canoe, cheering and clapping as they helped their exhausted-looking teammates come ashore. A few yards away, members of the University of Georgia team rolled up their pants legs and heaved their own weighty canoe onto their shoulders, determined to paddle harder and faster than their competitors.

It was the Concrete Canoe race, part of the American Society of Civil Engineers (ASCE) Carolinas Conference hosted this year by the organization’s Duke student chapter. The conference includes other events that challenge the teams’ engineering know-how and ingenuity: steel bridge construction, surveying, hydraulics, and some “wild card” events chosen by the hosting team (concrete cornhole was one selected by Duke in 2018). 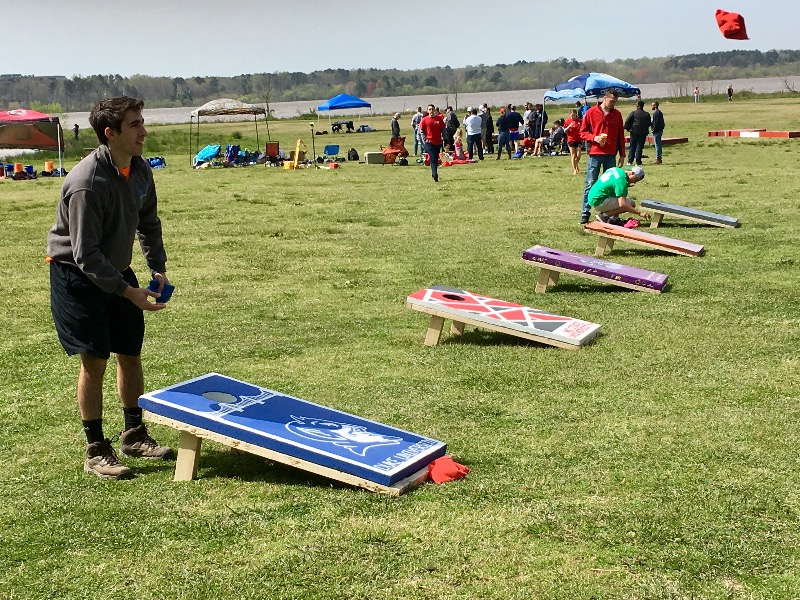 "The most rewarding part was seeing all the visiting students having fun and genuinely enjoying being part of the events we were able to put on."  —Karyn Saunders EnvE '18

The concrete canoe participants prepare for each conference for an entire year. Each finished vessel represents a significant investment of time and energy expended in experimentation, design and build. 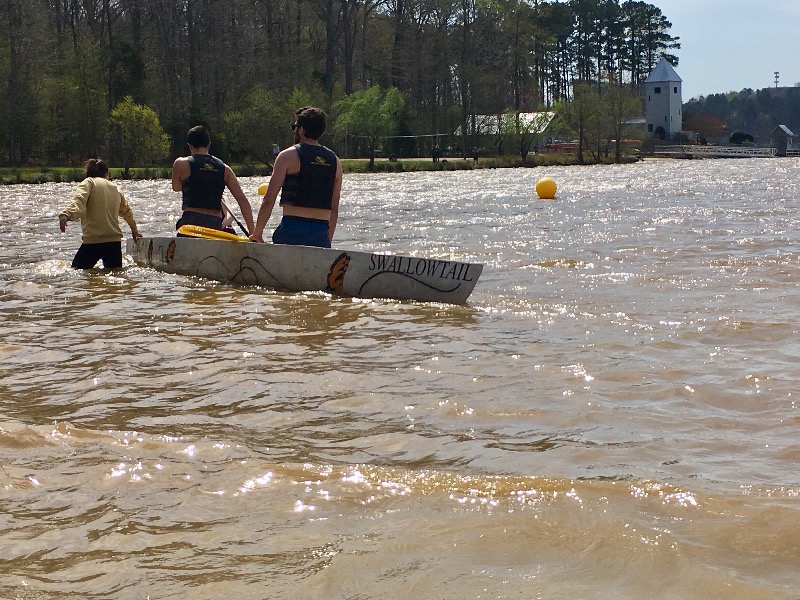 The host team was missing from the excited commotion on the shore, though.

“It was a rough day on the lake today,” admitted Northrup, looking down at the two separate halves of the team’s boat. The canoe cracked in transit to the lake; though the team was successful in patching it initially, the boat began to disintegrate after its initial submersion test.

Joe Nadeau, a professor of the practice of civil engineering at Duke, was this year’s conference faculty advisor. He said that the competition teaches the students valuable real-world engineering skills, regardless of the outcome of the competition.

“They learn how to experiment,” he said. “The rules are not the same every year. The concrete mixtures are different, so they have to figure out how to work with reinforcements, aggregate sizes, and where to place the mixture on the canoe form.”

Northrup confirmed that his team spent an entire semester just determining what concrete mixture to use. “We came up with twelve individual test mixes before determining that this one was ultimately the best to go with,” said Northrup. He pointed out some of the components of the boat that were visible in the cross-section: the mixture itself, flecked with lightweight aggregate of expanded glass, and a fiberglass grid as a reinforcement layer.

“There was a different material that we had to introduce at the very last minute that we thought was identical, but it turned out it wasn’t,” noted Northrup. “The big thing that we learned is that you have to maintain consistency throughout.” 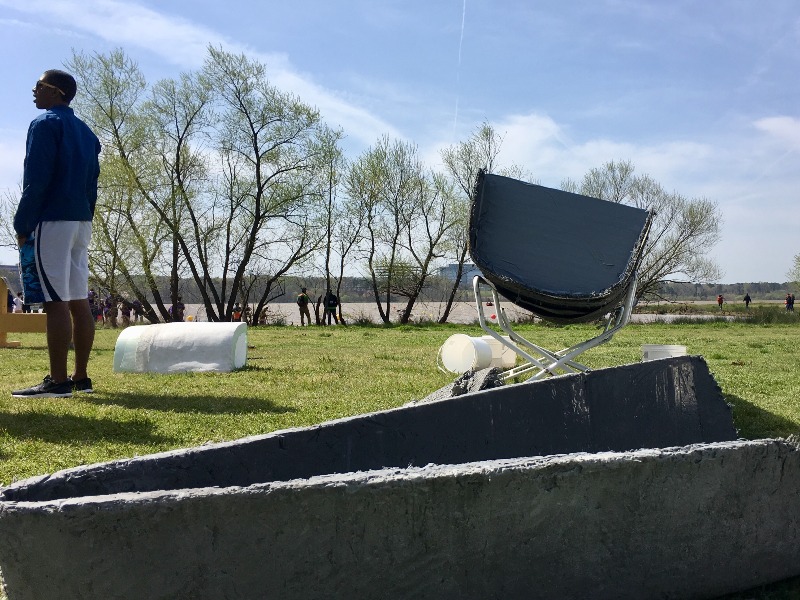 The race itself isn’t the only factor in the Canoe Competition. In fact, it counts for only 20 percent of the entire score. Teams are also judges on the boat’s aesthetics, and they must give a presentation and present a technical report and display a cross-section of the boat as well.

This year, UNC Charlotte took first prize in every category of the Concrete Canoe Competition, while Duke placed first in Quiz Bowl, second in Concrete Cornhole and Surveying, and third in tee shirt design— but the Duke chapter's biggest win was the overwhelmingly positive feedback from the conference attendees. "The most rewarding part was seeing all the visiting students having fun and genuinely enjoying being part of the events we were able to put on," said Saunders.

Learn more about Duke’s chapter of ASCE at https://dukeasce.wordpress.com.