Of Heartbeats, Bones and Brushstrokes 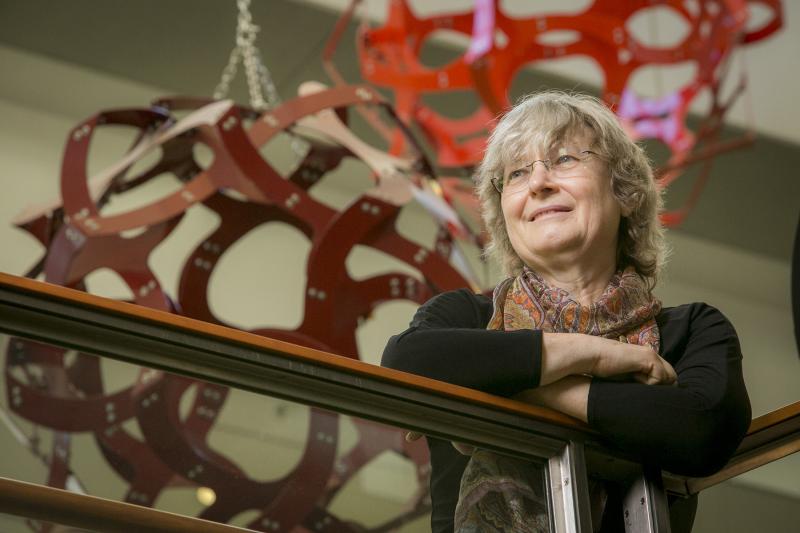 It takes a well-trained eye to spot an irregular heartbeat in the peaks and valleys of an electrocardiogram. The same goes for identifying an extinct ape from a single fossilized tooth, or telling an original van Gogh from a fake.

But in recent years, applied mathematician Ingrid Daubechies has been training computers to churn through ECG tracings, high-resolution scans of fossils, paintings and other complex digital data and work things out automatically.

"The large volumes of data that are being generated left and right definitely present a serious challenge," said Daubechies, professor of mathematics and electrical and computer engineering, who came to Duke in 2011.

We're at a point where we can no longer keep up with the data deluge, some researchers argue, and new approaches to data mining are needed.

Now, with support from a five-year, $1.5 million award from the Simons Foundation, a private foundation based in New York, Daubechies is forging connections between math and engineering to build machine learning tools that do just that.

One of the techniques she has been developing involves new ways to compare 3-D shapes. For the past seven years, Daubechies has been working with fossil experts to analyze three-dimensional images of bones and teeth.

By comparing the bumpy surfaces of molars, knucklebones and other skeleton parts, her collaborators hope to figure out whether the extinct animals they study were climbers or leapers, or whether they ate insects or plants.

But even with 3-D scanning and computer graphics software, a trained specialist has to show the computer the key landmarks on the bone surface. The process is time-consuming and subjective.

Daubechies has been attacking the problem using a branch of computer science called computational geometry, building algorithms that make it possible to tackle large datasets more quickly and objectively.

She soon realized the same machine learning approach would be useful for other problems. In one project, Daubechies and her then graduate student Hau-tieng Wu proposed a new method to look for patterns in electrocardiograms. The results give doctors a second opinion to help them decide when ICU patients are ready to get off ventilators and breathe on their own.

Daubechies has a long history of defying disciplinary boundaries. Born in a small coal mining town in Belgium, she got her start in research doing physics, not math.

It was after earning a bachelor’s degree in theoretical physics and then a Ph.D. in quantum mechanics, both from the Free University of Brussels, that she got involved in applications of math beyond physics. She was particularly interested in using a mathematical technique called the Fourier transformation, which breaks down complicated signals that vary in time or space, such as sound waves or images, into simpler building blocks.

After earning her doctorate in 1980, she became one of the world’s leading authorities on wavelet theory, a refinement of the Fourier technique frequently used to shrink digital photos and movies so that they take up fewer kilobytes without noticeably losing detail.

Digital images are composed of millions of tiny colored dots, or pixels, arranged on a grid. Each pixel is a single color or grey value represented by numbers. This is where math comes in. Compression with Daubechies’ wavelets computes averages and differences for the numbers in each row and column to construct a new grid that is more compact.

In the mid-1990s, her work on wavelets was adopted by the FBI to squeeze down their hundreds of millions of fingerprints to make them easier to transmit and store.

Any time you go to a movie theater, or watch live sports on ESPN, each frame has been compressed using Daubechies’ wavelet-based method -- the latter use she discovered while watching a soccer game on TV with her husband. “It was the artifacts in the grass,” she said.

Daubechies has also used wavelets to help geologists analyze the wiggly lines on seismograms from huge earthquakes and reconstruct what lies below the Earth’s crust, and to help neuroscientists read MRI images of brain activity.

In 2007, researchers affiliated with the Van Gogh and Kröller-Müller Museums in The Netherlands challenged Daubechies and other scholars to use their image processing techniques to analyze more than 100 high-resolution scans of paintings, mostly by Vincent van Gogh.

Using wavelets and machine learning to identify subtle differences in brush strokes, Daubechies and her team were able to distinguish copies or forgeries from true van Goghs. 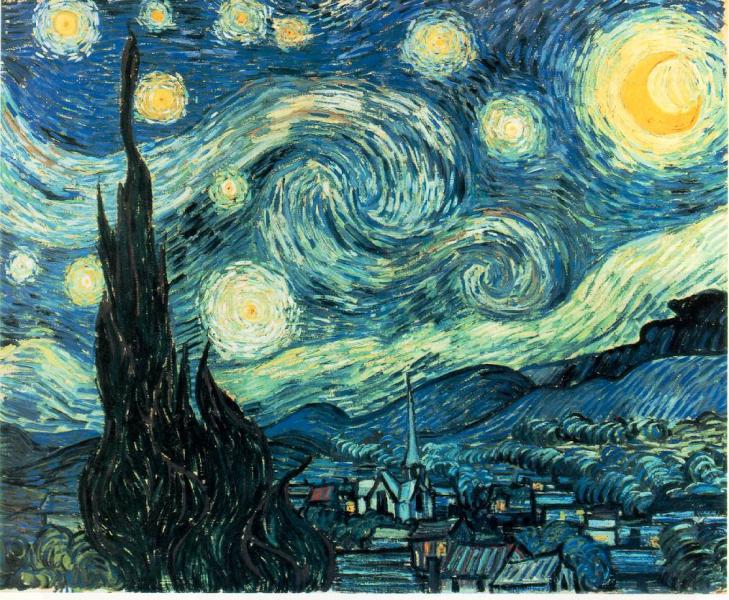 Thus began an ongoing collaboration between mathematicians, computer scientists, museum curators and art historians. Their algorithms are now being used to compare artists’ styles, pinpoint when something was painted, even mathematically restore artwork that has cracked, faded, or been reduced to rubble by wartime bombing -- all without laying a finger on the actual art.

Daubechies held positions at Bell Laboratories, the University of Michigan, Rutgers University and Princeton University before joining the Duke faculty in 2011.

As a Simons Foundation Math+X Investigator, she will receive $300,000 per year, with the possibility of a five-year renewal, to expand her collaborative research between math and electrical engineering. The Simons Foundation considered nominations from across the United States and Canada for this award.