A five-foot-long nyan cat made out of multicolored sticky notes graced the glass windows of the engineering buildings on the e-quad— the creativity in the air was palpable on the weekend of November 7, 2015.

HackDuke is a 24-hour coding competition with an emphasis on coding for social good. Hackers come from all across the nation and globe, from as far away as the West Coast and England, to create software and/or hardware solutions in a collaborative environment on one of four tracks: Inequality, Energy & The Environment, Health & Wellness, and Education. Students of all skill levels work in teams of up to four on these hacks. Grand prize winners of each track get the chance to donate to a non-profit of their choice. 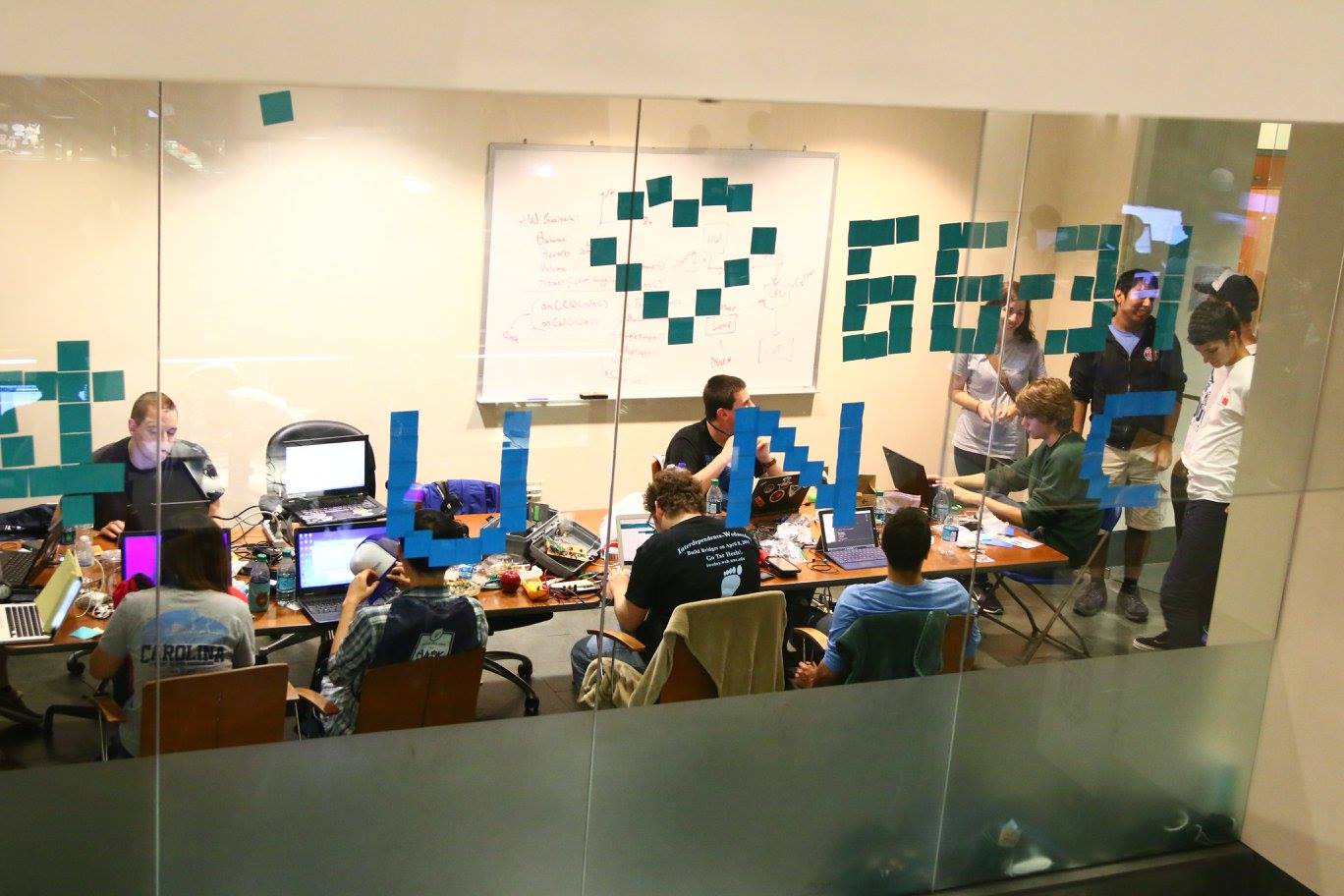 Duke’s hackathon scene started in the spring of 2013 with hackBlue, a hackathon created by students at Duke and the University of North Carolina. HackDuke started in the fall of 2013, becoming the nation’s first philanthropic hackathon with its emphasis on social good.

Since 2013, HackDuke has grown to have more than 3000 applications, more than 750 hackers, more than 100 projects, 24 sponsors and more than 60 mentors at this year’s event. With such a large event, the organizing team has grown from 8 members to 30. The event is sponsored by companies such as Google, Facebook and YikYak, and students have opportunities to connect with these companies at the event.

When asked what makes HackDuke different from other hackathons, director of HackDuke Jesse Hu said, “I think HackDuke does a great job of de-emphasizing competition and prizes to foster community. It is really close to the spirit of hacking. That sort of goes away when it’s all about prizes.”

To ensure an inclusive environment, HackDuke created a separate novice prize track. All novices were placed in Schiciano Auditorium with mentors so that they could have easy access to help and guidance during the entire hackathon.

The winning Inequality track team created an inventory system for foodbanks in which users simply need to take a picture of an item to enter it into the system. The winning Health & Wellness track team used Google Project Tango to assist blind people in navigating their surroundings. For the Energy & Environment track, the winning team created a tracks movement and GPS information to bring awareness to daily decisions that negatively affect the environment. The winning Education track team created a program that uses speech recognition to take notes of lectures and organizes notes by keywords.

HackDuke is more than just a two-day event though. The team’s goal is to build a hacker community at Duke. Before the hackathon, the HackDuke team worked on HackWeek, which had various track-related speakers and programming workshops. After the hackathon, the team is continuing on creating more programming workshops and bringing social impact speakers. Also new this year, the team is working on making selected projects from the hackathon into long-term projects so that students can learn not only to prototype at the hackathon, but also learn to maintain their code through a long-term project made for a community nonprofit.