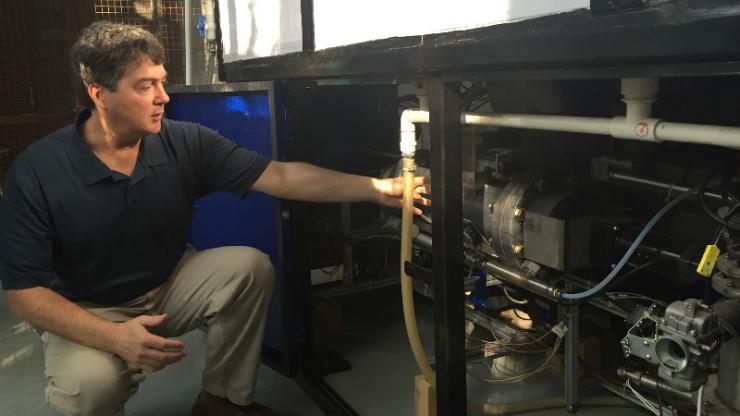 When it comes to improving the human condition, it doesn’t get much more fundamental than the safe handling and treatment of raw sewage.

Yet 40 percent of the world’s population—2.5 billion people—practice open defecation or lack adequate sanitation facilities. In the world’s rapidly growing urban areas, where household and communal toilets are more prevalent, 2 billion people are using toilets connected to septic tanks that are not safely emptied or systems that discharge raw sewage into open drains or surface waters.

And because of this, approximately 525,000 children under five die each year from diarrheal illnesses, according to the World Health Organization.

Building off two grants totaling $10.7 million from the Bill & Melinda Gates Foundation, Duke University and its partners hope to become an international hub for studying practical, scalable solutions to the waste treatment and sanitation problem.

The Gates Foundation recently awarded $7 million for phase three funding of the Reinvent the Toilet project led by Duke with partners at RTI International, Colorado State University and several other evolving partnerships. The effort -- led by Brian R. Stoner, a Duke-RTI scholar who is joining Duke electrical and computer engineering (ECE) full-time in October, and ECE professor Jeff Glass -- is developing an off-grid energy neutral sanitation system currently being tested in India.

As part of phase three, the researchers will continue their prototype testing in India and will expand to South Africa by installing a toilet prototype in a township outside of Durban in collaboration with partners there.

RTI Toilet Animation (2015) from A Better Toilet on Vimeo.

During this new phase, researchers will explore ways to minimize the energy required to treat waste and control the odors that often prevent widespread adoption of toilet systems. Stoner and Glass will also continue their Bill & Melinda Gates Foundation-supported collaboration with Marc Deshusses, professor of civil and environmental engineering at Duke, who leads complementary research efforts on both self-contained toilet systems and central waste processing units.

Earlier this month, the Bill & Melinda Gates Foundation awarded $3.7 million over two years for Duke to establish a new Sanitation Technology Cluster, which will go beyond toilet designs to fill various gaps in sanitation solutions. The cluster will work with partners around the world to develop new technologies and improve access to water, sanitation & hygiene (WASH). Proposed projects include a microbiome analysis of fecal sludges around the world, high-efficiency combustion technologies that use feces as a fuel and prototypes that safely dispose of and treat menstrual waste on-site.

The technology cluster grant, led by Stoner, brings together faculty from Duke’s Global Health Institute, Sanford School of Public Policy, Pratt School of Engineering and the Innovation & Entrepreneurship Initiative. The grant will also fund partnerships with industry to help move innovations from the lab to the field.

“We can save lives, improve child health and ensure greater dignity, privacy and personal safety, particularly for women and girls,” Stoner said. In India for example, approximately 25 percent of girls drop out of school when they reach puberty due in part to a lack of access to safe and effective disposal options for menstrual hygiene products.

Researchers will also examine social, economic and policy issues that would affect the success of new sanitation technologies. “Many technical innovations fail when introduced into unfamiliar surroundings, for reasons unrelated to the engineering,” Stoner said.

Glass added that every dollar invested in better sanitation typically returns more than $5 in social and economic benefits, such as prevention of illness, higher worker productivity and reduced healthcare costs.

Stoner and Glass said they expect this collaborative effort to lead to improvements in toilet design, pit-emptying and sludge treatment, as well as new ways to re-use waste.

“The real value of this clustered approach is that we can encourage and manage partnerships and develop cross-cutting insights,” Stoner said. “We’re going to adopt a ‘fail early/fail fast’ culture.”