Nine outstanding members of the Pratt School of Engineering community were honored at the 2013 Engineering Awards Banquet, held April 20, 2013 at the Washington Duke Inn.

The annual event celebrates the honorees for their career accomplishments, service to Duke Engineering and excellence in teaching, mentoring and research. 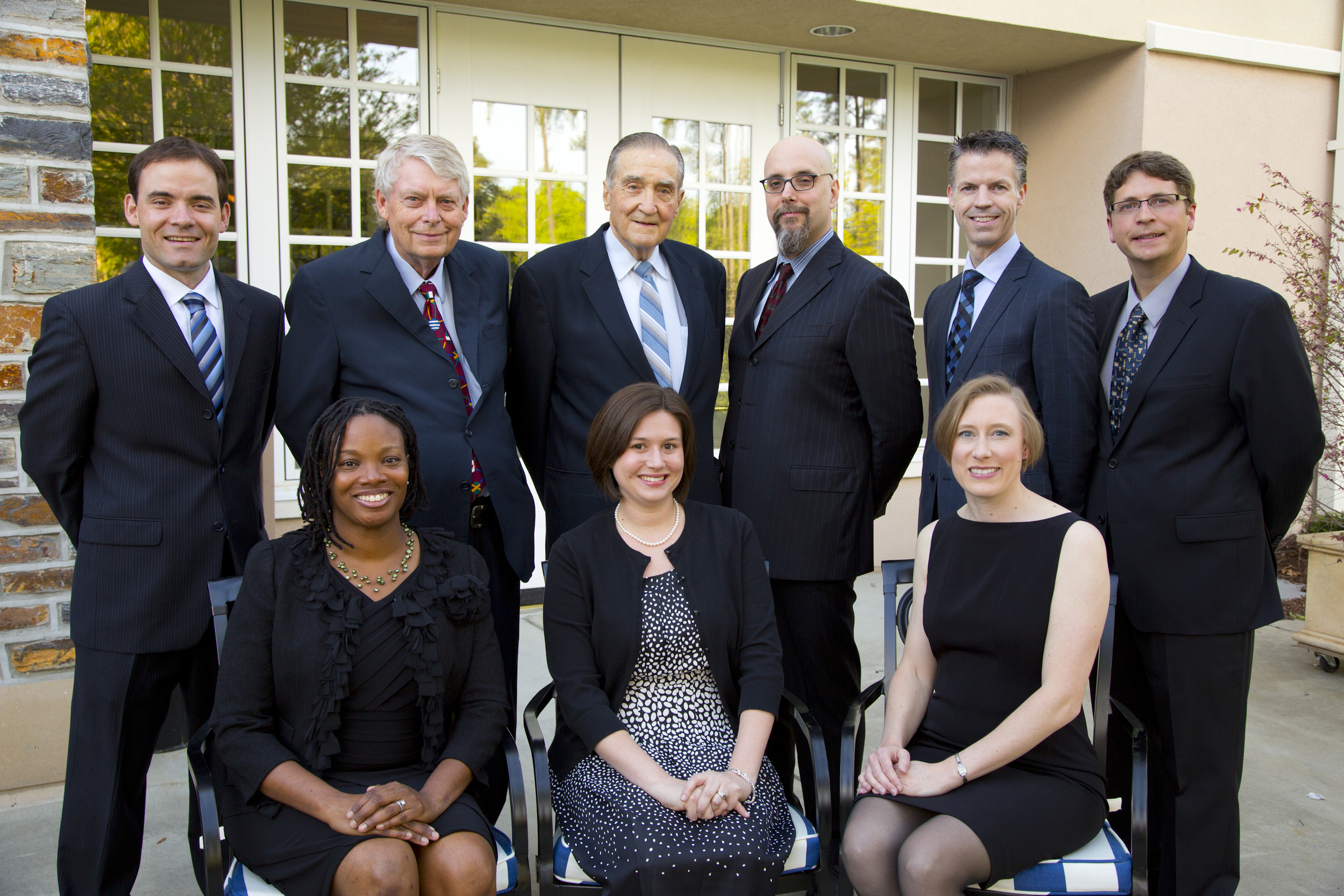 Recipients of the 2013 Engineering Alumni Awards were:

Michael R. S. Hill BSE’86 joined Medtronic, Minneapolis, in July 1992 as a scientist in the cardiac rhythm management division. He has served in research, clinical, program, international and management roles over his 20 years there.  He is a Technical Fellow (1998) and Bakken Fellow (2001).  In 2012, Hill was inducted as a fellow of the American Institute of Medical and Biological Engineering.  He now leads the research and development efforts for the heart failure business unit at Medtronic. He holds over 50 patents, has authored several manuscripts and abstracts, and often is an invited lecturer at international cardiac-related conferences and university events. A native of Jackson, Tennesee, Hill received his undergraduate degrees in biomedical and electrical engineering and in mathematics from Duke; his master's and PhD degrees in biomedical engineering from Case Western Reserve University; and a master's of business administration from the University of St. Thomas in Minneapolis.

Nicholas A. J. Millington BSE’98 leads product development at Sonos, Inc., in Santa Barbara, Calif., where he was a founding member of the product team in 2003. Millington and his team developed the Sonos Wireless HiFi system, including hardware and software for wireless music and home theater sound, apps for controlling the system using smartphones and tablets, and connections to streaming audio services. Sonos players are in 2.5 million rooms in the Americas, Europe, Oceania and China.  The product has won numerous awards from major audio, technology and lifestyle publications, and is developed by a globally distributed team of 150 electrical, mechanical, acoustic, software and user experience engineers. Prior to Sonos, he headed the development team at Microsoft Corp. that created the document and data storage engine powering the SharePoint family of collaboration servers.  Today SharePoint has in excess of 100 million users worldwide.  Millington received his bachelor’s degree in electrical engineering from Duke, where he was an Angier B. Duke Scholar and a member of Tau Beta Pi and Phi Beta Kappa.

Edward L. Koffenberger BSME'47 retired as a DuPont executive in the textile fibers department in 1989 after a 42-year career. He worked in manufacturing and business planning and retired as worldwide manufacturing manager for DuPont Lycra. He was a long-time elder in the Presbyterian church, serving in three different churches and serving as moderator of New Castle Presbytery, where he also served as treasurer for 14 years. At Duke he worked on several annual fund drives and served on the engineering board of visitors for 15 years. He also served as a volunteer coach for football and basketball in Richmond, Virginia and Newark, Delaware for many years and was a competitive tennis player, playing in two national Senior Olympics. During the time commitment to the military and the 21-hour-per-semester academic schedule for the first two years at Duke, he played basketball and lacrosse and was president of his social fraternity, Beta Theta Pi, and treasurer of the Pan-Hellenic Council. His honors during his undergraduate career included election to Omicron Delta Kappa and Pi Tau Sigma and service as vice president of the Student Government Association. He became Duke’s first two-year basketball All American and was a lacrosse All American. He later was selected for the Teague award as the outstanding male athlete in the two Carolinas, and was elected to Duke’s Athletic Hall of Fame and basketball Hall of Honor.

The following Pratt faculty and staff were honored as 2013 award recipients:

The Distinguished Teaching Award is given each year to an outstanding educator nominated by the engineering students and selected by a faculty committee.  These faculty inspire students to learn and apply, engage students in the classroom and share their love of engineering.

The Distinguished Research Award is given each year to an outstanding researcher nominated by the department chairs and selected by a faculty committee.  These faculty inspire their colleagues, serve others, contribute to the knowledge base and have a deep passion for their work.

The Distinguished Teaching Award is given each year to a member of the faculty in recognition of superior dedication to undergraduate teaching nominated by the engineering students and selected by a faculty committee.

Charles Gersbach, Capers and Marion McDonald Award for Excellence in Teaching and Research

In annually recognizing the career achievements of one individual, this award honors all of our engineering faculty, who, over the years, through excellence in both teaching and research have challenged and nurtured our students and strongly contributed to knowledge.

LaTondra Murray, Capers and Marion McDonald Award for Excellence in Mentoring and Advising

In recognizing one individual each year, this award honors all members of our engineering community, who, over the years, through excellence in mentoring and advising have nurtured and guided students and colleagues, thereby helping build a better future.

Rebecca Dupre,Dean’s Award for Leadership in Program and Operational Excellence

Rebecca Dupre is the business manager for the Department of Civil and Environmental Engineering. Established in 2013, this new award is given to a faculty member or staff leader who excels in managing and enhancing programs that impact the Pratt community. Considerations for the award include operational excellence, responsiveness to program participants and continuous improvement through the integration of new tools and process innovations.