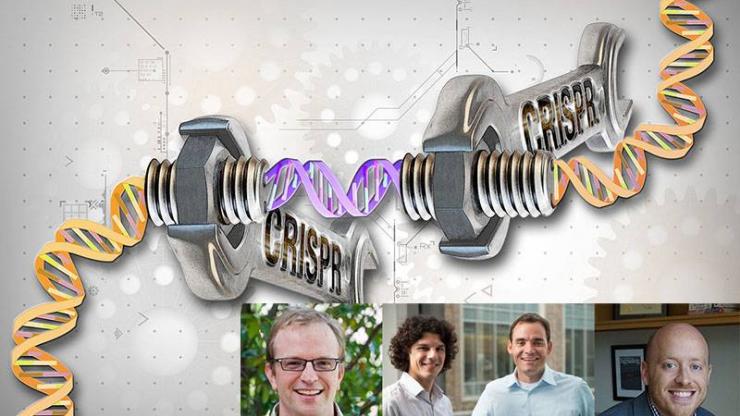 Element Genomics, a biotech startup founded by Charles Gersbach, Tim Reddy, Kris Wood and Gregory Crawford, was recently acquired by UCB, a global pharmaceuticals company with a focus on neurology and immunology. Gersbach, the Rooney Family Associate Professor of Biomedical Engineering at Duke University, and his collaborators founded the company in 2015 after developing novel technology to characterize the non-coding genome, opening up new classes of drug targets for common diseases.

The transaction, which includes both upfront and short-term success-based milestone payments, will amount to $30 million.

The basis for the Element Genomics platform is the comprehensive mapping of gene function and regulation. This includes technology developed at Duke using the CRISPR/Cas9 platform, a genetic editing technique that allows researchers to make changes to targeted sequences of DNA. Typically, researchers will use the platform to make specific, permanent edits to a genome by cutting the DNA. But rather than permanently change the DNA sequence, Element Genomics’ technology alters how a portion of the DNA is regulated, allowing them to study how genes and pathways of interest interact by turning the targeted sections of the genome on or off.

“We were using these tools to characterize the non-coding genome, which includes the 98 percent of the human genome. We don’t really understand how most of it works, but it is clear that it plays a large role in drug response and disease susceptibility,” said Gersbach. “We were developing tools for perturbing that portion of the genome, and that opened up a whole new class of drug targets for common diseases. We quickly realized the technology was something that could go beyond our academic lab.”

In August of 2015, Gersbach and his colleagues approached Barry Myers in the Duke-Coulter Translational Partnership, which had supported Gersbach’s research at Duke, for help to form a start-up. The team received further support from John Oxaal, who was then working as the first Entrepreneur-in-Residence at Duke BME. Oxaal, an alumnus of Duke Engineering and a serial entrepreneur himself, worked with the team to finalize licenses and find space in an incubator in Durham, and currently serves as CEO of the company.

“We at Element are thrilled that UCB shared our vision for treating disease through knowledge gained through functional genomics and the vast and largely unexplored biology of the epigenome,” said Oxaal, “We believe that together with UCB we can much more quickly harness the power of this approach.”

After the acquisition, Element Genomics, which currently employs eight Duke alumni, will continue to operate in the NC Biolabs co-working space in The Chesterfield in downtown Durham. There, the team will work closely with UCB’s genomics research arm and continue to collaborate with the academic labs run by Gersbach, Reddy, Crawford and Wood at Duke.

“We are tremendously indebted to Duke, and the Department of Biomedical Engineering in particular, for fostering an entrepreneurial environment that makes translating technology out of academia possible,” said Gersbach. “This would not have happened without the support of the Coulter Translational Partnership, under the leadership of Barry Myers, and the Entrepreneur-in-Residence program, initiated by Ashutosh Chilkoti, the chair of Duke BME.”