Editor's note: This is the fourth and final article in a series exploring the Duke-UNC Collaborations funded through the Clinical and Translational Science Awards (CTSAs) at Duke and UNC.

Anyone who has been sickened by the flu or a bout of food poisoning knows that viruses and bacteria can be powerful adversaries. But in recent decades, they have also become unlikely allies as scientists have turned bits and pieces of these infectious agents into tools for understanding and possibly even rewriting the human genome. 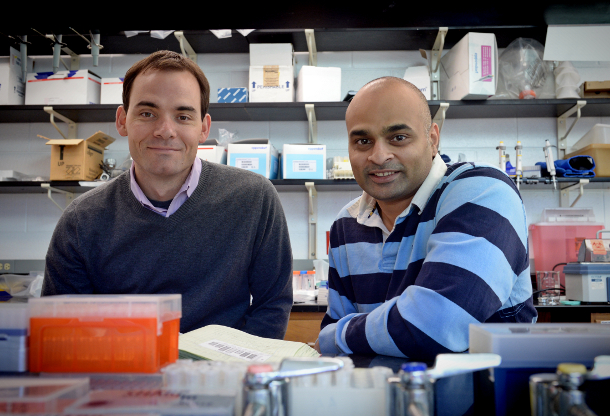 Researchers have gutted and replaced the insides of viruses with human genes, fashioning miniature couriers that can travel into cells to replace defects that underlie genetic diseases like hemophilia. They have also taken advantage of bacteria’s ability to recognize and chop up the DNA of invading pathogens, hijacking this defense system to edit the genome of any cell or species at will.

Merging these two approaches – gene therapy and genome editing – could revolutionize medicine by enabling clinicians to essentially fix human ailments at the most basic molecular level. Recently, Duke’s Charles Gersbach, PhD, and UNC’s Aravind Asokan, PhD, received a $50,000 grant to combine these technologies into a completely new treatment for the progressive neuromuscular disorder muscular dystrophy. The award is part of an effort by the sister CTSAs to combine resources and expertise to tackle problems that impact human health.

Despite working for neighboring institutions, it took a chance meeting at RDU airport last May for Asokan and Gersbach to finally come face-to-face. They were both waiting for their bags to come off the turnstile at RDU airport when Asokan recognized Gersbach and congratulated him for getting the Outstanding New Investigator Award at the recent American Society of Gene and Cell Therapy meeting. Gersbach responded by congratulating Asokan for receiving the same award the previous year, and then -- as scientists often do -- shifted the conversation to the latest stumbling block in his research. He explained that even though his laboratory had made a number of strides in genome editing, he still hadn’t figured out a way to deliver the technology to cells that would be safe and sustainable in actual patients. 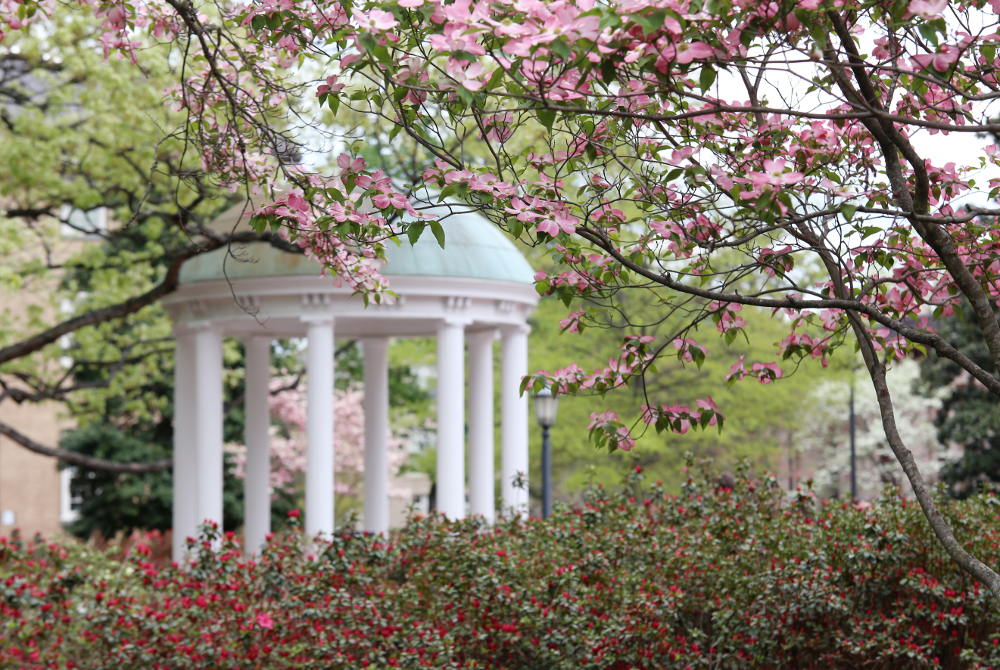 Gersbach has been using a popular new technology -- which goes by the cumbersome acronym CRISPR/Cas9 -- to change the DNA sequence of model organisms and human cells. Thus far, he has reprogrammed this bacterial-based system to correct the genetic defects that cause Duchenne Muscular Dystrophy (DMD), the most common fatal genetic disease of childhood. Gersbach has shown that the technique works in cultured muscle cells taken from patients with the disease.

But taking the method from patient cells to actual patients is a big leap. In the laboratory, Gersbach basically uses a jolt of electricity to punch holes in the walls of the cultured cells so that the editing tools can easily access the genome hidden inside. Efficient though that tactic might be, it is obviously not practical for the clinic. Gersbach had been pondering more patient-friendly alternatives when Asokan approached him that spring day.

“I feel very fortunate to have a collaborator like Asokan nearby at UNC, who is one of the world’s experts on gene delivery to muscle,” said Gersbach, an assistant professor at the Duke Pratt School of Engineering. “He has designed viruses that can deliver genes specifically to the muscle and the heart, which is also affected in this disease. The tools he has created are really valuable for us to be able to translate our results to human application.”

Asokan has spent most of his career developing new and improved versions of adeno-associated virus or AAV, a relatively harmless carrier that is already present in the majority of the human population. The virus has been used to safely deliver gene therapy in clinical trials for a number of diseases, including eye disease, congestive heart failure, Parkinson’s disease, and muscular dystrophy.

Through this new collaboration, the researchers are packaging the genome editing machinery developed in the Gersbach lab into the latest forms of AAV developed in the Asokan lab. Though their results are still preliminary, the approach has shown promise in mouse models of DMD. The researchers believe the technique could one day be used not just to correct this one disease-causing mutation, but to change any sequence in the genome.

“I look at this as the perfect marriage of two sets of tools, without which neither field could succeed,” said Asokan, an associate professor at the UNC School of Medicine. “That union does raise a unique set of safety considerations that we need to assess. But once we do, it has the potential to create a new gene therapy paradigm that will change the way that we approach human disease.”

The new team of Gersbach and Asokan are one of four to recently receive collaborative grants from the Duke University Translational Medicine Institute (DTMI) and the North Carolina Translational and Clinical Sciences (NC TraCS) Institute. These DTRI Duke/UNC Collaborative Pilot Program awards place particular emphasis on basic research in a variety of disciplines that address the development of therapies, diagnostics or devices applicable to human disease and clinical trials.

UNC and Duke are the only two academic institutions in North Carolina that are members of the CTSA program, a national consortium created to improve the way biomedical research is conducted across the country. The CTSA program is funded by the National Center for Advancing Translational Sciences (NCATS), a part of the National Institutes of Health (NIH).