Duke University biomedical engineers have developed a novel method to overcome the major hurdles facing a promising new class of peptide drugs – very small proteins – to treat diseases such as diabetes and cancer.

For example, the hormone insulin is a peptide, which regulates the metabolism of carbohydrates in the body and is used as a drug to treat diabetes. There are more than 40 peptide drugs approved for use in humans and more than 650 are being tested in clinical studies.

However, despite their effectiveness, these peptide drugs cannot achieve their full potential for a number of reasons. First, they are rapidly degraded in the blood stream. A second major drawback is their rapid clearance from the body, which requires multiple, frequent injections. Because of this, their concentrations in the blood can rise precipitously right after injection and fall dramatically soon thereafter, causing unwanted side effects for patients.

One popular method to solve this problem involves loading peptide drugs into polymer microspheres that are injected under the skin and slowly degrade and release the peptide drug. Microsphere-release technology has proven useful, but has many issues related to its manufacture and ease of patient use, the researchers said. 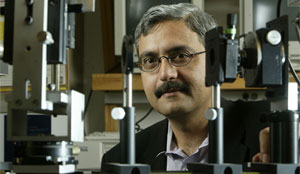 "We wanted to know if we could create a system that does what the polymer microspheres do, but gets rid of the microspheres and is more patient friendly," said Ashutosh Chilkoti, Theo Pilkington Professor of Biomedical Engineering at Duke’s Pratt School of Engineering.

The new approach involves making a "fusion protein" that consists of multiple copies of a peptide drug fused to a polymer that makes the fusion protein sensitive to body heat. The fusion molecule is a liquid in a syringe but transforms into a "jelly" when injected under the skin. Enzymes in the skin attack the depot and liberate copies of the peptide, which provides a constant and controllable release of drug over time.

In the latest experiments, published on-line in the journal Proceedings of the National Academy of Science, the researchers fused glucagon-like peptide-1 (GLP-1), a hormone that regulates the release of insulin, with a genetically engineered heat sensitive polymer to create the POD.

"Remarkably, a single injection of the GLP-1 POD was able to reduce blood glucose levels in mice for up to five days, which is 120 times longer than an injection of the peptide alone," Chilkoti said. "For a patient with type 2 diabetes, it would be much more desirable to inject such a drug once a week or once a month rather than once or twice a day.

"Additionally, this approach avoids the peaks and valleys of drug concentrations that these patients often experience," Chilkoti said.

Unlike peptide-loaded microspheres, PODs are also easy to manufacture, as the peptide drug and the heat-sensitive polymer are all made of amino acids, so that they are expressed as one long stretch of amino acids in bacteria.

The other Duke members of the team were Kelli Luginbuhl, Xinghai Li and Mark Feinglos. The research was supported by the National Institute of Diabetes and Digestive and Kidney Diseases.