In the quest for a more sustainable energy future, many Duke scientists are turning to materials science because of its potential to solve long-standing problems and open up new possibilities.

Energy provides humanity with immeasurable benefits and promise, allowing people all over the world to maintain or improve their standard of living and build healthier and happier communities.

Yet the production and use of energy also introduces a number of emerging threats, including climate change, air pollution, volatile international relations and economic vulnerability to price fluctuations.

All over the Duke campus, faculty, research staff and students are exploring new ideas and developing new technologies to make environmentally friendly energy sources more viable and to improve the efficiency of our existing energy system. Much of this work is supported by the Energy Initiative through its Energy Research Seed Fund and its role in catalyzing interdisciplinary collaboration.

In the quest for a more sustainable energy future, many Duke scientists are turning to materials science because of its potential to solve long-standing problems and open up new possibilities. 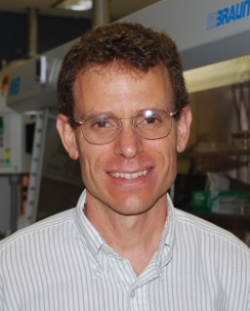 "Materials are critical for the success of any form of energy generation, transport or storage," according to David Mitzi, a professor in the department of mechanical engineering and materials science and a coordinator of Duke's energy materials research community.

The Duke faculty that the Energy Initiative helps bring together and support have attracted attention from the National Science Foundation (NSF), the Department of Energy (DOE), ARPA-E (the DOE's Advanced Research Projects Agency-Energy) and others in the form of $11 million in grants over the past fiscal year.

Mitzi's lab focuses on electricity generation powered by the sun. In a project funded by a $300,000 NSF grant, he and his students, in collaboration with Prof. Volker Blum's group (also in the department of materials science and engineering), are seeking to improve thin-film photovoltaic (PV) technology, which targets cheaper production approaches and more diverse applications than can readily be achieved with rigid, silicon-based PV panels.

Currently available thin-film PVs rely on minerals that are toxic, rare or concentrated in only a few countries. PV devices can be made with inexpensive and abundant copper, zinc, tin and sulfur, but the performance isn't as good. "Our research is focused on trying to understand why and trying to engineer a materials solution around the problem," he says.

In another project, funded by DOE, Mitzi is working to improve a rapidly evolving technology called perovskite solar cells, which offers the potential of higher performance, more flexible applications and lower production costs than traditional silicon-based solar cells. "They can be processed from a solution, so you can envision painting these materials on a substrate," he says. "If one wants to come up with a truly low-cost solution to solar energy, this approach is very exciting."

Adrienne Stiff-Roberts, an associate professor of electrical and computer engineering, is also using materials science to improve PV technology. She and her students have developed a technique to deposit both organic and inorganic molecules together to create a material that would have a wide array of properties. This opens up new possibilities for creating a much more efficient solar cell. "We can start exploring what is the ideal structure," she says, "and not be limited by what kinds of materials we can put together."

But even the most efficient solar cell can't produce electricity when the sun isn't shining. Several researchers at Duke are working on the "intermittency problem," which will have to be tackled if solar and wind power are to become a bigger part of the energy solution.

Nico Hotz, an assistant professor of mechanical engineering and materials science, is designing a system that uses heat from the sun to produce hydrogen fuel. The system converts methanol and water into hydrogen in the presence of heat and chemical catalysts made of nanoparticles of copper oxide, aluminum oxide and zinc oxide. 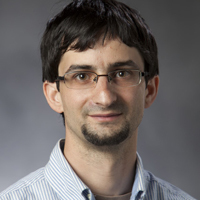 Homes and businesses with roof-top thermal panels could produce and store hydrogen fuel onsite—essentially functioning as their own mini power plants.

As a fuel, hydrogen is efficient, quiet, and clean -- water vapor is the only emission. The challenge for wider use is that it takes a lot of energy to produce it. The conventional method of converting a hydrocarbon fuel into hydrogen consumes about half of the fuel simply to provide the heat needed for the chemical reactions.

In Hotz's system, the sun provides the heat for free and relatively little of it is lost to inefficiencies during the process. "What we do is upgrade a low-quality fuel to a high-quality fuel, and that upgrade we do with sunlight," he says.

With seed money from the Energy Initiative, Hotz is trying to improve the system by using a process that would require only the nanoparticle catalysts to be heated, not the entire device. This would make the whole process even more efficient. Of the seed funding, he says, "That's extremely useful for us because it's a small but decent amount of money that helps to start new projects."

Other Duke researchers are investigating a different kind of "solar fuel" -- organic matter created by plants and algae that use energy from the sun to make bioenergy. Because photosynthesis removes carbon from the atmosphere, using plants as a raw material for energy could help mitigate global warming. 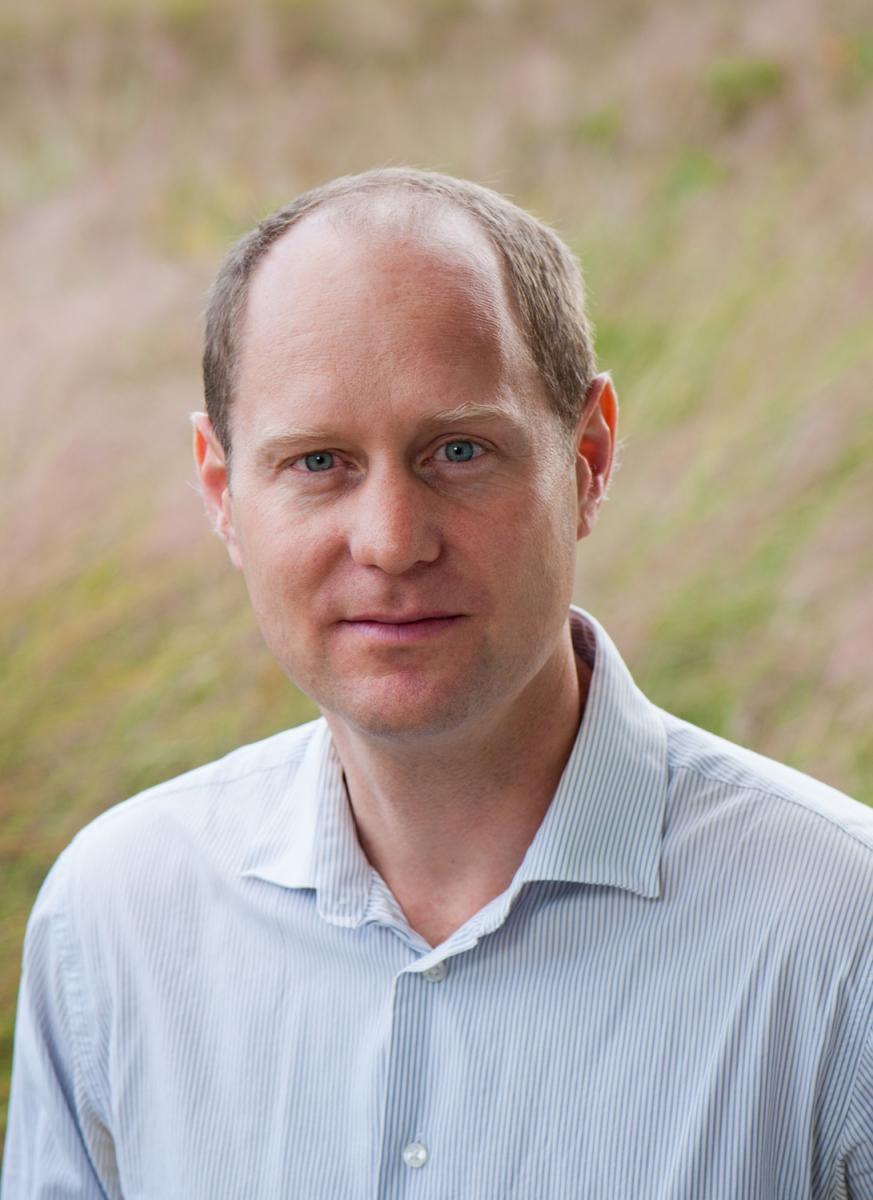 Zackary Johnson, an assistant professor of molecular biology in marine science at the Duke Marine Lab in Beaufort, is heading up a multi-institution team that received $5.2 million from DOE to design and demonstrate a large-scale system to make fuel using marine algae. "We're tying to develop an energy source that we can produce domestically and that will be an environmentally friendly solution," Johnson says.

Just as we do, algae store energy as fats, which can be refined into a liquid fuel. Producing fuel in this way is environmentally friendly, but not currently cost-competitive with fossil fuels.

Johnson and his collaborators are trying to change that by creating a system that produces more than one product. The idea is to extract protein from the algae and sell it as animal feed to help offset the cost of producing fuel.

In addition to demonstrating the system on a large scale, the collaborators will analyze the economics and the environmental impacts. "It's got to make money and be good for the environment," Johnson says.

Duke is a natural leader for this project, which includes partners from other universities as well as industry. "We want to play a leadership role in making this happen," Johnson says. "We have the administrative and university vision. Part of that is the Energy Initiative, part is the Nicholas School -- there's a lot of support, both moral and logistical, to get this together."

On the transport and storage front, Jeff Glass, professor of electrical and computer engineering, is heading up a multi-institution, multimillion-dollar project that seeks to reduce methane leaks at oil wellheads. Methane is a powerful greenhouse gas, so these leaks are not only wasteful, but also contribute to global warming. 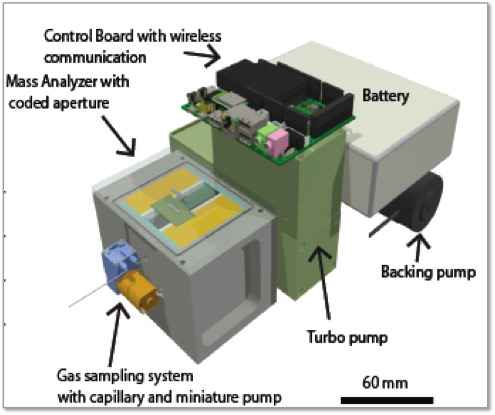 With almost $3 million from ARPA-E, Glass's team is developing a field prototype of an instrument that can detect methane leaks. The instrument is a miniaturized mass spectrometer, portable via backpack, that is capable of detecting not only methane but also many other molecules as well.

Identifying other molecules will help determine the source of the methane, whether from a leak or a nearby natural source. The instrument's small size is made possible by coded apertures, which are a series of small slits that let in many molecules at once. The results can then be decoded using computational techniques.

"The mass spectrometer has been around for a century, but no one's ever implemented coded apertures in that type of instrument," Glass says. "It's been a fantastic role for Duke to be the first to try coded apertures and computational sensing in mass spectrometers. The only reason we can do this is because we have experts in computational sensing and experts in materials and experts in instrument design."

RTI International in the Research Triangle Park is contributing its expertise in commercialization of early stage technology to the team.

The work of these researchers represents only a fraction of the energy-related research being done at Duke. Indeed, so many different avenues are being pursued that it can be difficult to learn the full landscape of energy research at Duke and identify potential collaborators. That is where the Energy Initiative plays a key support role.

Nico Hotz says he might not be working with some of his colleagues now were it not for the Energy Initiative. "The Energy Initiative is doing a good job in connecting and bringing a lot of people together, and that has increased energy research," he says, "and there are more people interested in doing energy-related work because of seed funding."

The connections extend to students, too. "The Energy Initiative has provided a forum where my students can present their work and interact with other researchers to enhance their career development in the energy sector and help them understand what's happening outside of Duke," Jeff Glass says.

Increasing awareness, spurring research and connecting people from multiple disciplines and stages of learning—these are all ways that the Energy Initiative is fueling energy research that has the potential to create a future where everyone will have access to affordable, reliable and clean energy.