A Tale as Old as Twinnie’s

While the menu items or décor may change, Twinnie’s Cafe was, is and shall forever remain an inseparable, salient feature of Duke Engineering 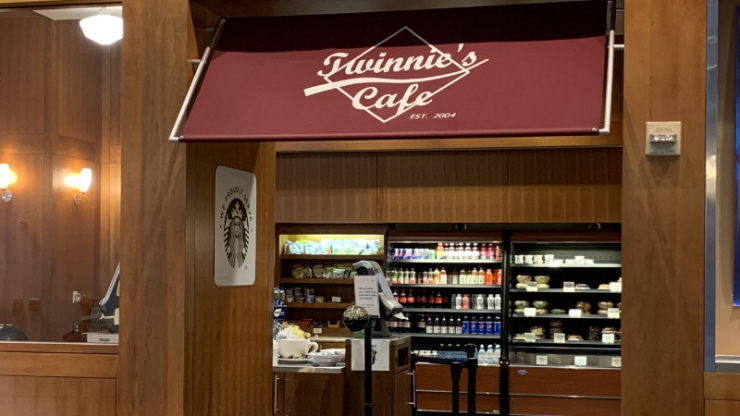 With all of the late-night study sessions and group meetings engineering students regularly engage in, it’s diﬃcult to imagine an engineering school without a signature cafe or coﬀee house. To describe it in a single word, it would be incomplete. Thankfully, the folks at Duke Engineering do not have to worry about this inadequacy, courtesy of Twinnie’s Cafe.

Although Twinnie’s is located at the heart of the Pratt School of Engineering and serves as the principal supplier of caﬀeine to Duke’s engineers, the vibrant hotspot also shares an intimate bond with other schools of the 183-year-old institution.

Jack Haddad, the general manager at Twinnie’s who also manages the new Bseisu Coﬀee Family Bar to serve caﬀeine-dependent beings at the Wilkinson Building, talks about how he has seen students come and go throughout much of the coﬀee-house’s 17-year-long history at Pratt.

“It is rewarding to see students spend almost a decade at Duke, right from their undergrad to their PhD,” Haddad said. “New buildings have come up everywhere and the hospital has massively expanded. The Research Drive wasn’t even called Research Drive when Twinnie’s started.”

He then quips with the statement that Twinnie’s might have had a major hand to play in the development of COVID vaccines.

“I had an ex-student from Pratt come back to meet me here after they graduated from the Medical School,” Haddad said. “They used to come here pretty often, and they were likely a part of the team from Duke that worked on the vaccine.”

Now that we all have had the Earth (or the roads) under our feet shook by this awe-inspiring fact, Haddad goes on to tell how the menu has changed over the years. Twinnie’s started oﬀ as an Irish-themed coﬀee bar, serving specialty items for much of its early years. While the signature Irish-green counter still exists, the options have since changed. With made-to-order sandwiches and freshly baked goods dominating the oﬀerings, the menu has since expanded by leaps and bounds. This shift was driven by the cafe’s focus on healthier and more ﬁlling choices. 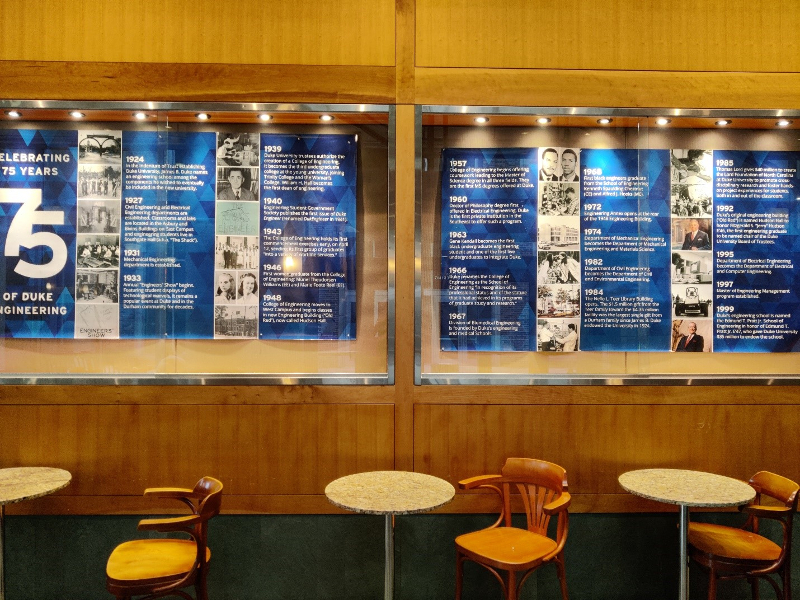 “Breakfast items keep changing out every few years,” Haddad said. “The breakfast bagel went out to make space for the new healthy rice bowls. We also have new soups this year, and people love our chicken soup.”

Much like “Chicken Soup for the Teenage Soul,” Twinnie’s is often the go-to place for the folks at Duke—for reﬂection, serenity and productivity. So it shouldn’t come as a surprise that the cafe witnesses massive turn-out throughout the week, primarily owing to its ambiance. Seating around the cafe is worth its weight in gold. The quaint sunlit hall at CIEMAS is great for studying or working, and Twinnie’s proximity acts as the metaphorical icing on the cake.

While dropping hints about a potential furniture redo, Haddad also casually started explaining how Twinnie’s got its name.

“Oh here’s some trivia for you,” Haddad piped. “When we opened here, Kristina Johnson was the dean at Pratt, and Twinnie’s is named after her mother.”

History presents itself in diﬀerent ways, and Twinnie’s Cafe is one among the many mediums in this “Gothic Wonderland” that reminds us all of its presence. A big board with Pratt’s history hangs on a wall outside Twinnie’s, reaﬃrming everyone’s belief that they are now part of Duke University’s legacy in their own small way. Haddad believes Twinnie’s will continue to exist as long as Duke stands, and is only going to get bigger (and better) as the years pass.

“All I can say is, it feels great to be a part of Pratt,” Haddad said. “Yes, we do keep people caﬀeinated and fed, and that’s our primary purpose. But in a way, we help students and faculty achieve their potential. We occupy a small part of their lives, and by this logic, we occupy a small yet important part of Duke. That’s what keeps me going every day I come here.”

Twinnie’s is going to be around long after we have left these halls, serving engineers for the years to come. The interiors and exteriors may be revamped with time. Who knows, the cafe itself might be moved to a diﬀerent location at Duke. But no matter what, Twinnie’s Cafe was, is and shall forever remain an inseparable, salient feature of the Pratt School of Engineering and Duke University.

Neeraj Meghani is a student in the Master of Engineering Management program.