Leslie Voorhees Means is the co-founder and CEO of Anomalie, the first direct-to-consumer wedding dress company 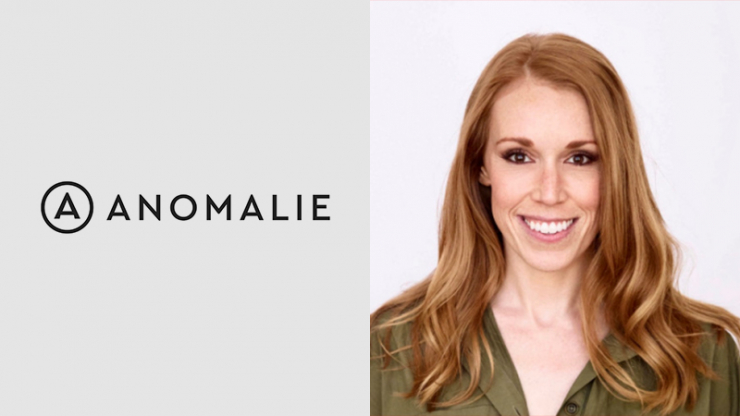 Leslie Voorhees Means (’08) pursued a degree in mechanical engineering while at Duke with the hope of eventually landing a job at Nike. She never dreamed, however, that she’d end up disrupting the wedding dress industry.

Even as a little kid growing up in Oregon, Voorhees Means knew she wanted to get a job at Nike. That wish didn’t take long to come true, as she was able to land an internship with the global company just after her junior year at Duke. After she graduated, that internship turned into a job offer on the product development team, where she helped ensure that the shoe designs being created on paper could actually be manufactured in real life.

After spending five years at Nike—two of which were spent on a factory floor in Indonesia— Voorhees Means decided to pursue more executive roles in engineering and enrolled at Harvard Business School. After graduating in 2015, she went to work at Apple, where her operations group led the oversight of Apple’s supply chain in China, allowing her to be a part of the first Apple Watch launch.

But little did Voorhees Means know that, even while working for Apple, her life had already started down a drastically different path. While at Harvard, Voorhees Means got engaged and began shopping for wedding dresses at bridal boutiques in the United States.

“Shopping for dresses made me realize how broken the experience was, since there are only a few, expensive options for a dress that the bride wears for only one day,” Voorhees Means said.

Having manufacturing knowledge from her time at Nike, Voorhees Means could make an educated guess as to how much the dresses actually cost to make and wondered why they were so expensive. So while on a business trip in Shanghai for Apple, she did some investigation and discovered an untapped supply chain in Suzhou that makes most of the world’s wedding dresses.

“My coworkers were ordering custom suits nearby, so I decided to try it myself,” Voorhees Means said. “I designed my own dress and found a workshop to make it, and I was really impressed with the quality and price, not to mention their ability to customize every little detail.”

The dress was so good, in fact, that Voorhees Means didn’t even have to get any alterations once the dress was completed. Seeing the opportunity in front of her—and having all of the experience needed to chase after it— Voorhees Means took the leap into entrepreneurship. She quit her job at Apple and went all-in on the idea of going directly from consumer to manufacturing. Called Anomalie, the dress company cuts out the boutique stores while providing flexible designs and prices that can fit any body or budget.

“I never expected to go the founder route because I loved working at influential brands,” Voorhees Means said. “But because of the experience and expertise I built, I had an opportunity to go after it.”

Even with her business being a big success, Voorhees Means still has an eye on the future. Since her company collects so much measurement data from countless brides who are passionate about their purchase, Voorhees Means sees a potential opportunity for a longer-term play that could impact the entire women’s garment industry since women’s bodies are all different.

Despite Voorhees Means’s globetrotting and busy career, she has also still found time to stay connected to her Duke roots. As chair of her five- and ten-year reunions, she found planning with the other co-chairs was a fun way to stay connected while also giving back. She has also stayed in touch with the alumni association, donating money when able, partly in honor of her experience as an undergraduate with the Pratt Phone-a-thon.

“I made lifelong friends at Duke, and all of my closest friends were also from Pratt,” Voorhees Means said. “It’s so fun that those relationships and bonds that you form can be lifelong.” 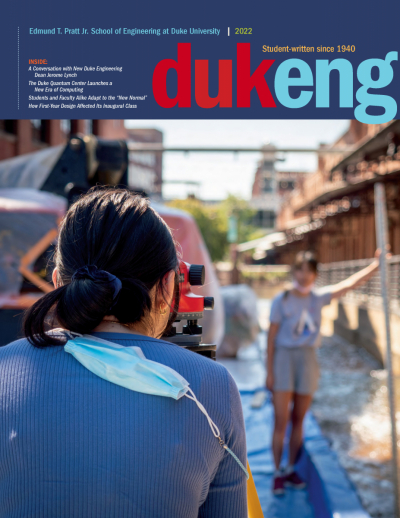