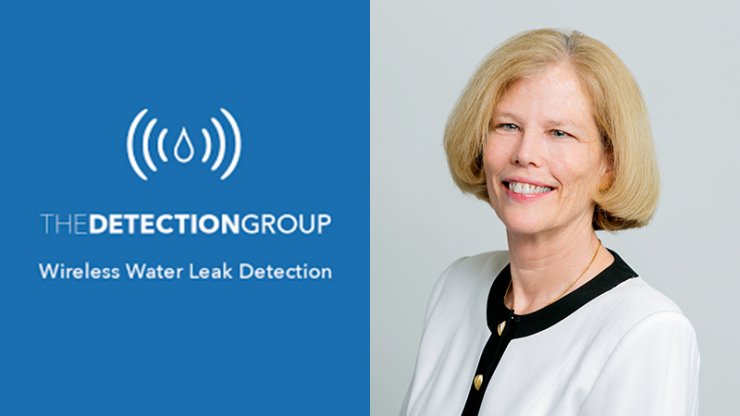 Laurie Conner (E’76) has rarely taken a straight line during her 40-year engineering career path. But given that there were few women in Duke Engineering during her undergraduate days—and even fewer in the corporate startup and investment world she’s navigated in the years since her days in Durham—maybe that shouldn’t come as a surprise. After all, she’s always had to blaze her own trail.

Growing up in Long Island, New York, Conner was always good at math and science and took an active interest in their applications. One of her favorite excursions growing up, she says, was when her parents took her on tours of factories and manufacturing plants. And yet, when it came time to choose a school for college and a major to pursue, Conner chose to come to Duke to major in French.

“I didn’t really know what an engineer was or what they did. I didn’t have any relatives that were engineers or anything,” Conner said. “But then George Pearsall, the engineering dean at the time, put on a three-night program to attract more female students into the school. I think I might have been the only one who switched out of Trinity, but it’s a testament to the school that the dean was thinking about bringing women into engineering all the way back in 1972 and before it was a hot-button topic.”

Conner decided to pursue classes in the fledgling field of environmental engineering, which was just beginning to become a widespread subject of study. She saw it as a chance to be a part of a pioneering movement. While other disciplines like classic civil or mechanical engineering had more history and trajectory expectations, she says, environmental engineering seemed to offer the opportunity to truly go wherever she wanted to take her studies.

After graduating from Duke, Conner pursued a master’s degree in environmental engineering at Stanford University, where she graduated in 1977. Naturally, the first thing she did was go work for a big, bad oil company.

“Everybody thought I was nuts going from an environmental engineering Master’s degree to working for Exxon,” Conner said. “But they needed help on their environmental initiatives, and I don’t mind taking an unexpected path.”

While Conner found that Exxon was a very well run business and valued the lessons she learned there, she discovered that she preferred small, more entrepreneurial endeavors. And if she was going to be able to succeed as an entrepreneur, she was going to need more professional business training. So Conner went back to school and graduated with her MBA from Harvard University in 1980 with a degree in general management.

Moving back to New York City, Conner wasn’t ready to plunge into entrepreneurship, so after 13 job offers out of Harvard, she went to work as a senior financial analyst at a major manufacturing company. Finance was interesting, but it was more about tracking what sales and engineering did. It was two years later that she made the big move back to California to work for Raychem, a technology company that kept in touch after offering her a job after business school. Known for inventing hundreds of products employing ‘radiation chemistry’ to develop interesting material properties of polymers, including wire and cable that was stronger, lighter and fire resistant for aircraft, the fast-growing company operated in more than 30 countries and was on the Fortune 500 list. Although it was another large company at the time, Conner says it was very entrepreneurial. It was, after all, the first company to use radiation chemistry for commercial products and the inventor of heat-shrinkable tubing for electronic applications.

After five years at Raychem, Conner decided to take the leap into a venture-funded start-up. She learned about a company called Crystallume that was trying to grow artificial diamond coatings at low pressures, which had never been done before. It was a huge opportunity since it had applications in almost every industry—at least if they could get it to work. But once they did, as the vice president of sales and marketing, Conner helped the business boom and eventually go public.

The experience taught Conner that her skills and interest were not necessarily in engineering per se, but in working with technology companies to marry customer problems with technology solutions and to lead the effort in bringing new technologies to market.

“One thing Duke really prepares you for is to think logically. And I think that skill combined with a love of technology has led me down my career path in Silicon Valley for the past 40 years,” Conner said. “I’ve always had a lifelong love of learning new things, and I think that’s is what has attracted me to these new startups. I’ve never been scared to learn about new technology, and being at its forefront has always intrigued me.”

From the diamond-growing business, Conner helped build a series of successful startups in fields ranging from semiconductor equipment to optics and photonics. She currently works for The Detection Group—a company at the forefront of cloud-based Internet of Things (IoT) sensors for water usage in commercial properties. Whether its sensors to detect potentially damaging leaks or to precisely monitor a building’s water bill, the technology has a large and growing client base.

That success led to the company being purchased by Watts Water Technologies, a publically traded company on the New York Stock Exchange that focuses on water technology. With big plans for the technology, WWT is looking to Conner to remain as the president of The Detection Group to continue to work her startup magic.

“Customers have been focused on energy savings and conservation for at least 15 years, but the next scarce resource is going to be water,” Conner says. “In fact, it already is in certain parts of the world and even our own country. People are becoming more aware that water is not free and that we need to do more to conserve this precious resource.”

From oil and electronics to Silicon Valley and water—and helping to guide even more startups than those listed here—Conner has still found time to maintain her ties with Duke. Besides spending a few years on Duke Engineering’s Board of Visitors, she also serves as an interviewer for students applying to attend the school.

From her time spent on campus, Conner says she’s struck by how much the school has grown. When she was a student, Duke Engineering’s only building was Hudson Hall. Now, students have incredible facilities that give them the ability to focus on international challenges such as the National Academy of Engineering’s Grand Challenges, which are opportunities that she never had when she was in school.

And the students she’s met have the talent to make the most of said opportunities.

“It’s almost shocking how bright these high school students are that I get to interview during their application process,” Conner said. “I often joke with my fellow Dukies that I wouldn’t get in if I had to apply today and compete with them!”

“One thing I’d say to students now is that it’s about the journey,” she continued. “Nobody’s career is a straight line. There’s ups and downs, but you have to be ready to seize the opportunities that are put in front of you. And for those students who want to become an entrepreneur, I recommend that they cut their teeth at a large, established company first. There’s a reason those companies have gotten so big. They know how to conduct business and have great procedures and people to learn from. A lot of people are surprised when I say this, but I think it’s important to get to make mistakes on somebody else’s dime before striking out on your own.”