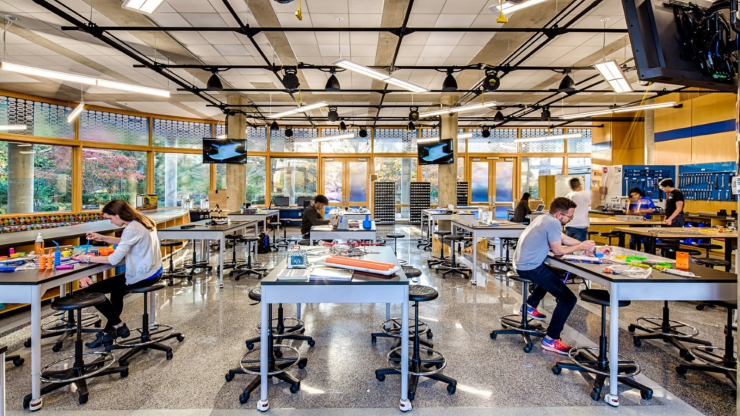 At the end of the 2022 spring semester, Duke’s senior engineers will graduate from the Pratt School of Engineering as the first full class to have taken EGR 101: Engineering Design and Communication, a major milestone for the relatively new course.

Introduced just four years ago by Ann Saterbak, director of the Duke Engineering First Year Design, EGR 101 was developed to provide a unifying hands-on experience for all new Pratt students. Saterbak aimed to revolutionize the first-year engineering curriculum by implementing a highly iterative design-oriented course. “Hands-on, project-based courses at the first-year level improve retention, increase excitement and build the engineering mindset, all of which are important goals in terms of education,” Saterbak said. “The main thing I want them to learn about is the iterative engineering design process, so that remains the centerpoint of the experience.”

Over the course of the semester, students work on real client projects that are design challenges presented by members of the Duke community to be solved by teams of four-to-five first-year engineers. Each fall semester, over 60 teams complete projects ranging from realistic surgical models to websites, and from bridges to infant incubation modules. Along the way, they are exposed to elements of design, like iterative prototyping, basic technical skills, evaluation tools and testing processes, as well as elements of formal communication like technical writing, oral presentations and project documentation. 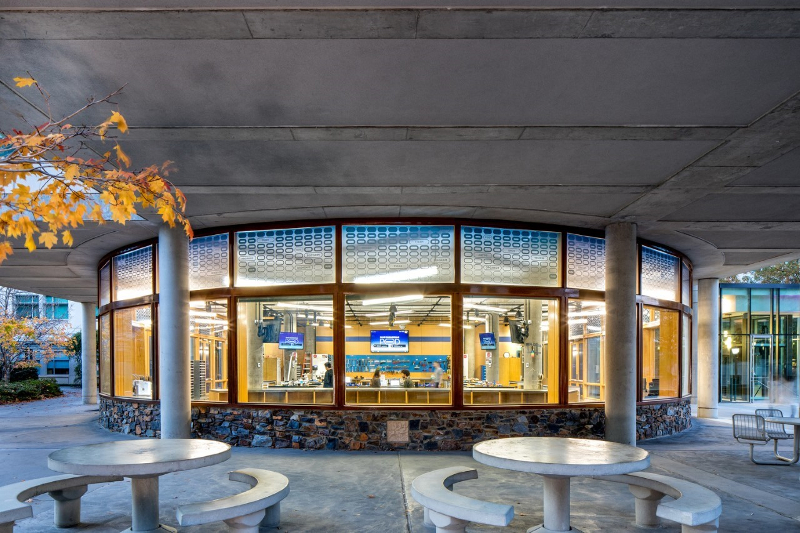 The technical aspect of EGR 101 proved especially meaningful to Shami Chideya, a senior mechanical engineer, who worked with her design team to develop a water leak-detection device for Duke Facilities in her client project. “EGR 101 introduced me to a variety of technical skills that I’ve found to be useful throughout my college experience, including 3D printing, woodworking, soldering and laser cutting,” Chideya said. “I remember feeling incredibly intimidated by all of those tools when I first arrived at Duke, and that course helped to ease me into learning about them while feeling supported.”

While these tools and skills certainly proved useful to her in her design projects in EGR 101 and later courses, they also had a second, arguably more important meaning. When asked how her Duke experience would have been different without EGR 101, Chideya responded, “I probably would have learned about my appreciation for design a little later down the road in my Duke journey. I’m grateful for the head start and confidence it gave me in exploring that later on.” This confidence ultimately led Chideya to pursue multiple design-oriented independent studies, mentor new Duke engineers as the mechanical engineering E-team lead, and help expose high-school students to STEM through her role as co-chair of the Pre-College Initiative of the National Society of Black Engineers.

Jenny Xin, a senior biomedical engineer, found that EGR 101 impacted her in a different way. While the technical aspects of the course were certainly valuable to her, Xin felt more strongly about the value of EGR 101 as an introductory course to Duke Engineering, inspiring her excitement and confidence within the Pratt community. “It was a great class to start off my engineering degree,” Xin said. “It was great to get hands-on experience prototyping my first semester at Duke, and it was useful to be introduced to many of the machines, materials and resources available at Duke.” 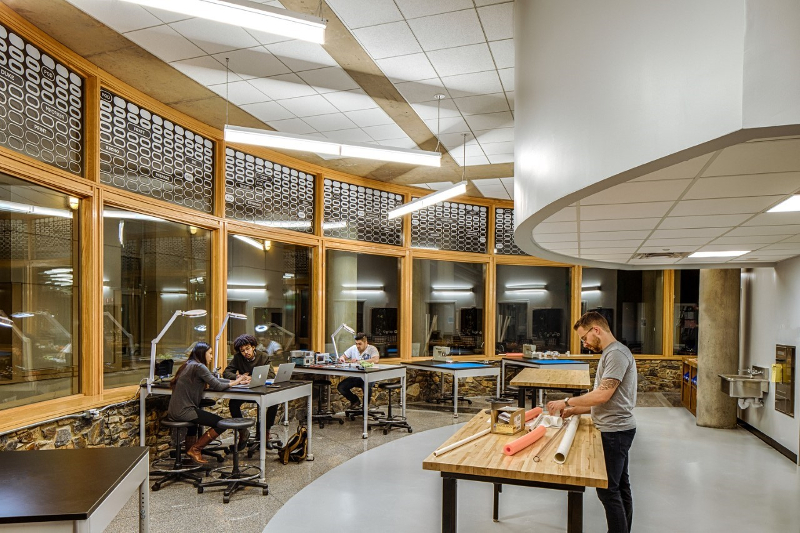 While EGR 101 does indeed introduce its first-year Pratt students to world-class faculty, innovative spaces including the Engineering Design POD, and plenty of other technical and academic resources, there is also something genuinely engaging and enjoyable about simply attending an EGR 101 class session. “I really enjoyed working with my team for EGR 101,” Xin said. “My teammates made EGR 101 feel like a break from studying rather than a required class.” Xin and her teammates worked with Duke Forest staff to develop a device that sorts tree nuts from other falling debris to collect them more efficiently, helping facilitate forest re-search.

For all these seniors’ successes in EGR 101, though, there were also plenty of failures along the way, both large and small. Whether it be stumbling through a presentation, dis-covering a flaw in a prototype or even falling into retention ponds during testing, EGR 101 can often be a bumpy ride. Saterbak sees this in a positive light. “When things go wrong, I just laugh,” Saterbak said. “I try to join them [students] in the moment of just saying...it’s okay.” Saterbak’s reinforcement in the value of failure and setbacks as prime learning and developmental opportunities has truly helped create an environment where first-year engineers can thrive.

EGR 101 played a critical role in shaping the soon-to-graduate Pratt Class of 2022, aiding them in becoming technically proficient, confident, articulate, curious and resilient. But more than that, EGR 101 acted as the initial glue of the Class of 2022, exposing them to common tools and challenges, and the value of that bond cannot be overstated. In these respects, Saterbak and this year’s senior engineers paved the way for the next generation of Duke engineers.