An Exploration of the Pratt IDEAS Program 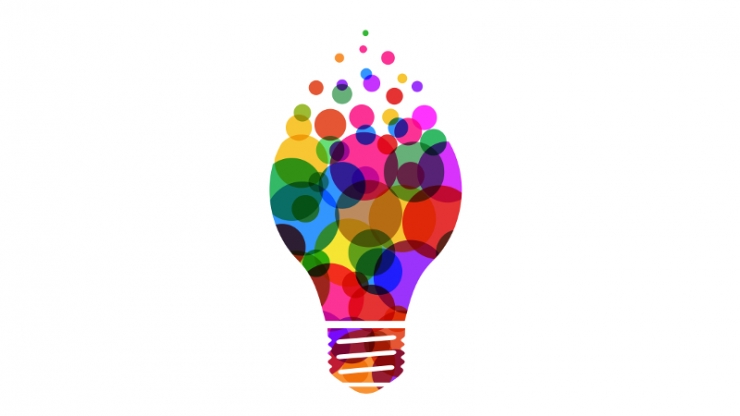 The Pratt School of Engineering offers a range of academic paths for undergrads, such as certificates, joint major programs and a 4+1 master’s degree. However, there’s another lesser-known academic route available to Pratt students—the Interdisciplinary Engineering & Applied Science (IDEAS) program.

The IDEAS program, similar to Trinity’s Program II major, allows students to create a unique degree by selecting their own sequence of courses offered at Duke. A major draw of the degree is that students shape their learning experiences around the fields that are not necessarily already connected by Pratt’s existing degree programs.

The process for declaring an IDEAS major is fairly straightforward. First, prospective IDEAS students reach out to potential faculty advisors to begin creating a four-year plan for their major. Linda Franzoni, associate dean of undergraduate education, has an important role in the matchmaking process between students and faculty advisors. Next, students must write a proposal as to why they want to pursue their unique major and why current degrees at Duke don’t satisfy their academic needs. Finally, Franzoni and other Duke faculty, including the directors of undergraduate studies and academic deans, review the proposal. More often than not, the plan will be sent back to students for revision to better align with Pratt’s educational goals, typically adding and removing classes from the proposal. After revision, the committee reviews the plan again and passes it on to the Engineering Faculty Council (EFC), a group of eight faculty members that vote on finalizing an IDEAS major.

“It was a really fun challenge, because it forced me to reach out to a lot of upperclassmen and professors. So I got to know cool people and talk to them for their advice and do a lot of research on my own."

Since its inception in 1981, the Pratt IDEAS program graduates one or two students per year, with a wide array of degrees. However, there are some quirks in its short past. For example, between 1986 and 1992 almost every person with a declared IDEAS major studied biochemical engineering. Those years coincided with the recent opening of the North Carolina Biotechnology Consortium, which was hiring multitudes of experienced biochemical engineers.

Although the flexibility of the IDEAS program is its strongest asset, that unpredictability also has drawbacks that can have ramifications on a student’s path at Duke. As Franzoni points out, “The biggest thing that concerns me when a student designs their own major is that there’s no guarantee that those courses will be taught in the future.”

Since IDEAS majors tend to rely on more niche subjects that may revolve around a few courses taught by a single professor in a single semester, the course load for IDEAS majors is always uncertain. However, students are partnered with a faculty advisor who can help them navigate through those obstacles and find alternative courses that can still be used to fulfill their IDEAS major.

Grace Dessert, a junior in Pratt, has gone through the process of creating her own IDEAS major and is currently majoring in neural engineering. Her path may have been more unconventional than the typical Pratt student, but highlights a lot of the benefits of and reasons why a student would pursue an IDEAS major.

Dessert started her time at Duke planning to major in neuroscience, but quickly found that her interests were more aligned with the quantitative side of neuroscience. She switched into Pratt the spring of her first year with a plan to major in biomedical engineering, a traditional path for a combination of engineering and medicine. However, she soon discovered that completing the major a semester behind, and with minimal AP credits, was going to be an arduous task. 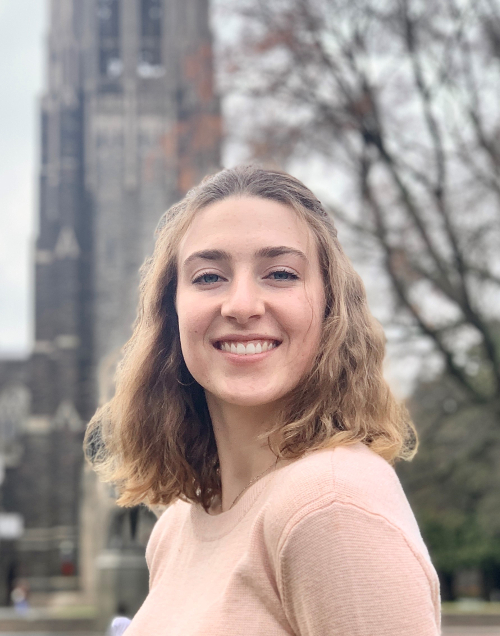 Instead, Dessert decided to look into other options, stumbled across the IDEAS program on the Pratt website and realized that the program would be a great fit for her skill set and interests. When she inquired about the IDEAS program with some of her upperclassmen engineering friends, she was disappointed to realize that no one else knew how it worked. That’s when she reached out to Franzoni and talked with Warren Grill, professor of biomedical engineering, who became her advisor, to create the major “neural engineering.”

“I love the freedom first and foremost,” says Dessert. “How I can choose every single class that I get to take. I love how it’s so interdisciplinary and I still get a lot of depth of study to take classes like math, BME and neuroscience without having to overload.”

When it came time to plan her own coursework, Dessert initially found it slightly daunting because she didn’t know what courses would allow her to be a successful neural engineer. “It was a really fun challenge, because it forced me to reach out to a lot of upperclassmen and professors. So I got to know cool people and talk to them for their advice and do a lot of research on my own,” said Dessert.

Since her initial proposal, she has re-vised her degree outline twice as she continues to explore the major.

Overall, the Pratt IDEAS program can open new doors for students interested in unconventional degree paths and pursuing an education that ultimately reflects their passions and goals. Although trailblazing a new major can be intimidating and has its drawbacks, the fluidity of the IDEAS program allows for continuous revision and exploration into emerging fields and technology!

Talya Jeter is a sophomore majoring in biomedical engineering. 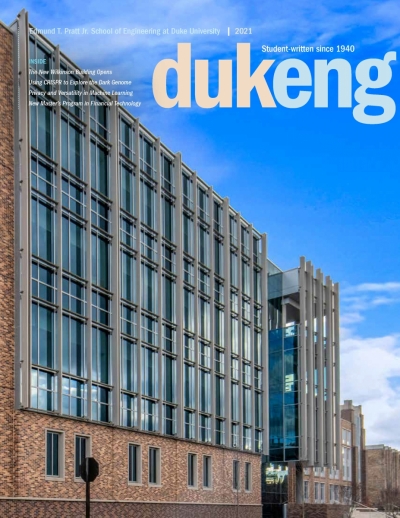