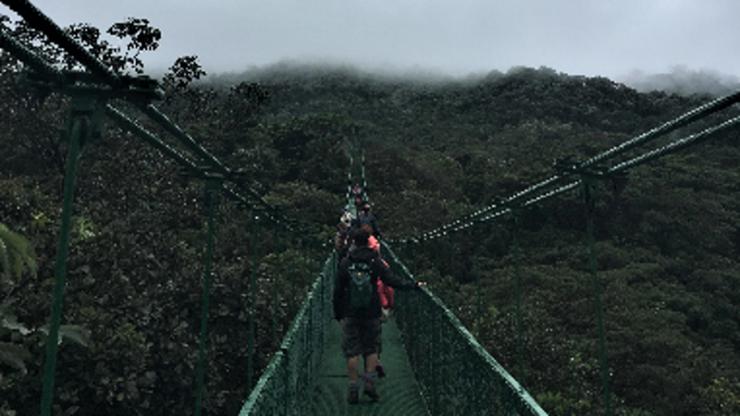 Pratt in Costa Rica is one of several study abroad options for engineering students. What's special about this program is that it allows students who cannot fit an entire semester abroad into their academic schedule the opportunity to experience learning in a different setting and culture. Students have two course options. The first is a combination of Math 353A (Ordinary and Partial Differential Equations) and Spanish 92A (Culture and Language in Costa Rica), while the second includes BME 271A (Signals and Systems) and Spanish 92A.

Last summer, the students' days started with three hours of Spanish class in the mornings from Monday to Thursday, with students placed into beginner, intermediate, advanced or native Spanish sections. With fewer than five people in each class, the students were able to learn and practice more Spanish within a shorter period of time. Topics covered included common conversational phrases and vocabulary pertinent to simple tasks like ordering food and giving directions to drivers.

In her experience last summer, participant Emilia Grzesiak felt that the program helped her became more comfortable conversing with her mother, who was only able to communicate in Spanish. For Libby Bucholz, assistant professor of the practice of biomedical engineering and the instructor for BME 271A, it was an opportunity to delve past simple vocabulary in her Advanced Spanish class and explore Costa Rican culture and history. 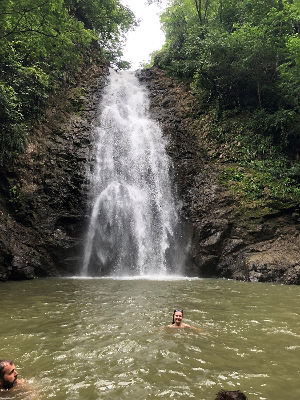 One aspect of Costa Rican culture that fascinates Bucholz is the annual pilgrimage of millions of citizens to the sacred stone of La Negrita (the Patron Saint of Costa Rica) in San José, an event she was able to witness in person during Pratt in Costa Rica. The millions of worshippers, each hoping to be cured of their illnesses and problems by La Negrita, are led by a priest in a large celebration after the pilgrimage. They leave behind a shrine of millions of tokens representing wishes they hope La Negrita can grant.

After Spanish class and a 90-minute lunch break, students continued to their technical classes. These took on a different structure from similar classes offered during the academic year. Students stayed in their engineering or math class for three hours in the afternoon from Monday to Thursday.

Grzesiak explains that even though students would learn a week's worth of material per class, they didn't feel as rushed as during the year since more time was being spent in class. And because Bucholz was able to spend so much time with the same seven students each day, she was able to understand each student's learning habits better than she could during the school year. The longer instruction time also allowed Bucholz the opportunity to work closely with the students on problem sets and MATLAB assignments, further reinforcing information taught in lecture during these "built-in office hours." These three-hour classes were by no means endured without any frustration; however, being able to share the sense of accomplishment with her students after working out problems with them is what made the long classes valuable.

Following technical class, students took a break from their studies by attending cultural classes like salsa lessons and cooking classes. After all of the day's classes were over, students typically convened at a coffee shop close to campus to study for the remainder of the day before heading home to their host families.

At the end of the program, the students worked on a MATLAB project, implementing tools they had learned throughout the summer in a real-world application. The math class made a project out of their trip to a natural reserve, where they were able to take frequency information from several suspension bridges and model a bridge's oscillations in both damped and undamped conditions. The signals and systems class made a project out of their trip to Monte Verde, where they used a spectrogram to make "fingerprints" for various bird sounds, utilizing MATLAB to correlate with the spectrograms and properly identify bird calls. Bucholz expressed pride in her students for going from very little MATLAB experience to mastering MATLAB in a real-world application.

Having four days of classes left the students three days each week to explore Costa Rica. They participated in planned excursions, including opportunities to explore the city of San José, tour a coffee plantation, visit Irazu volcano and visit the cloud forest Monte Verde, described by Bucholz as "probably the most beautiful place I've ever been." Additional trips planned by the students included visits to Montezuma Waterfall, Manuel Antonio National Park and a chocolate plantation.

Bucholz emphasizes how grateful she was for the opportunity to spend time with her students outside of the classroom setting. In experiencing a good balance of academics and adventure with the students, she saw students grow and find their voice both inside and outside the classroom.

Sabrina Qi is a junior majoring in biomedical engineering and minoring in global health. 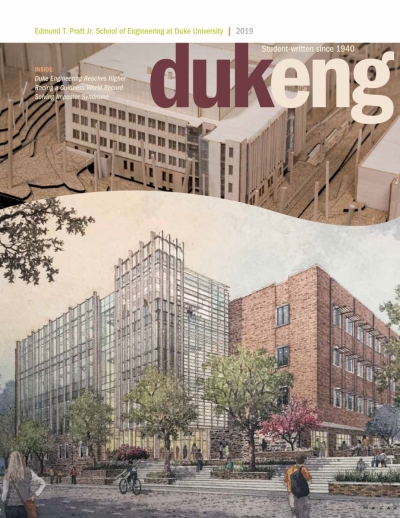