When Amanda Randles was finishing her bachelor’s degree at Duke, the most powerful supercomputer in the world was BlueGene/L. The computer had a maximal achieved performance of 280.6 tera- FLOPS (28 trillion simple operations) per second, and Durham was better known for its crime rate than its food. Just over a decade later, Randles has returned to Duke as an assistant professor of biomedical engineering with a much improved city at her doorstep and superior supercomputing technology at her fingertips.

After graduating with a dual degree in physics and computer science, Randles worked at IBM developing the BlueGene supercomputing project. After three years on the project, she went to Harvard University, where she received her master’s degree in computer science and a doctorate in applied physics. She then moved on to become a Lawrence Fellow at the Lawrence Livermore National Laboratory (LLNL). 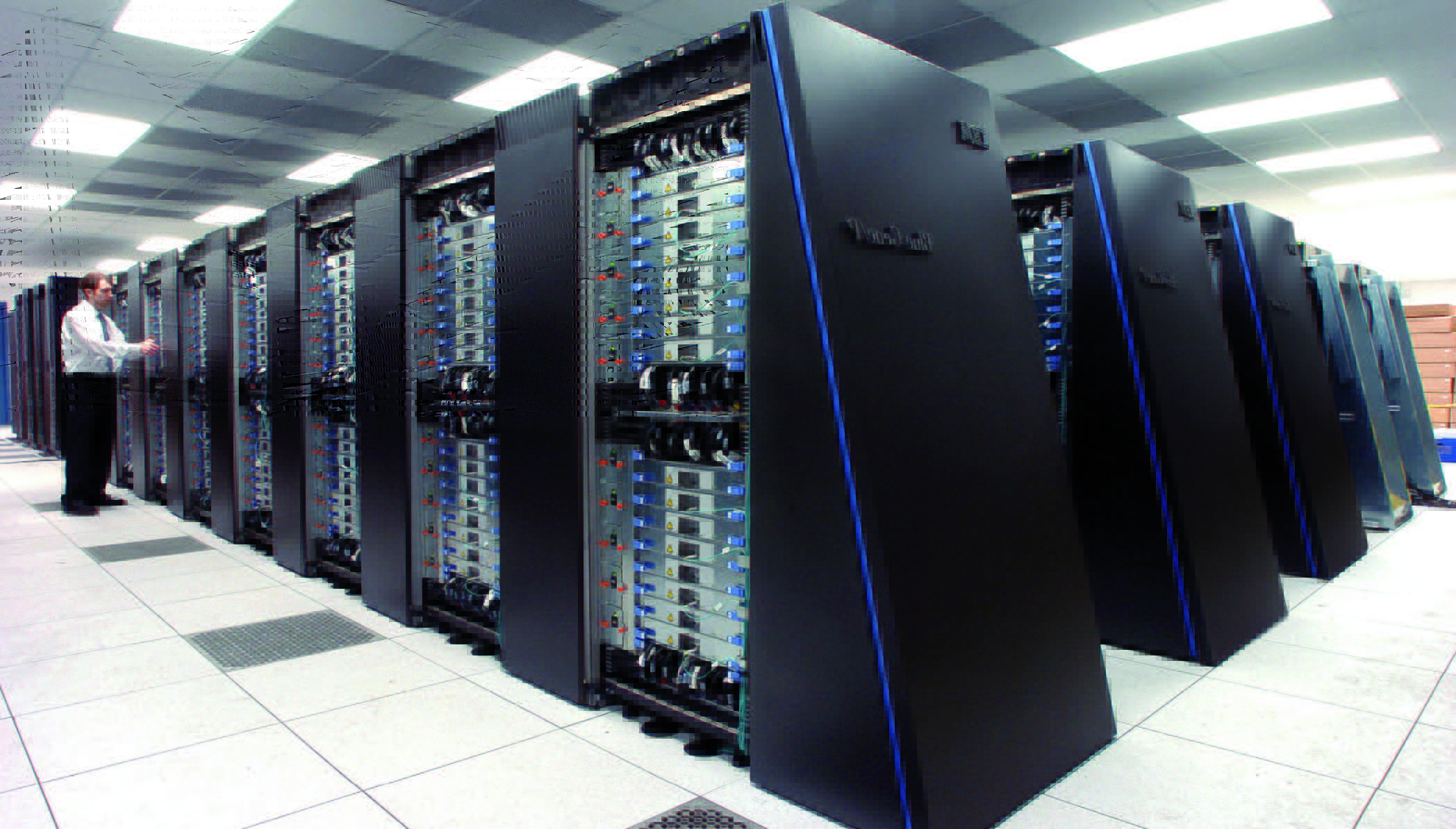 Since then, Randles has been pioneering the use of supercomputing to solve biomedical problems. Until recently, supercomputers were used almost exclusively by physicists and the military, but researchers like Randles noted that when it came to biomedical challenges, “There was so much data available, but not enough to do with it.”

Using her extensive experience with supercomputing, Randles developed algorithms for high-performance supercomputers that can process the data from MRI and CT scans to generate hemodynamics models with the potential to revolutionize the way medical solutions are applied to individual patients.

Randles takes advantage of high-performance supercomputing to simulate blood flow in the human vascular system. Her lab uses the Blue Gene/Q supercomputers at LLNL. The latest results were from Sequoia, a parallel, load-balancing system with a maximal achieved performance of over 16.32 petaFLOPS per second. That’s over 58 times the speed of the fastest supercomputer when she graduated from Duke in 2005.

This massive computing power allows Randles to model patient- specific blood flow in large regions of the vasculature. By simulating flow at the scale of red blood cells, the 3-D simulation has the potential to accurately predict the movement of metastasizing cancer cells in the bloodstream. It also has the potential to identify areas at risk for plaque buildup and indicate the most efficient surgical options. 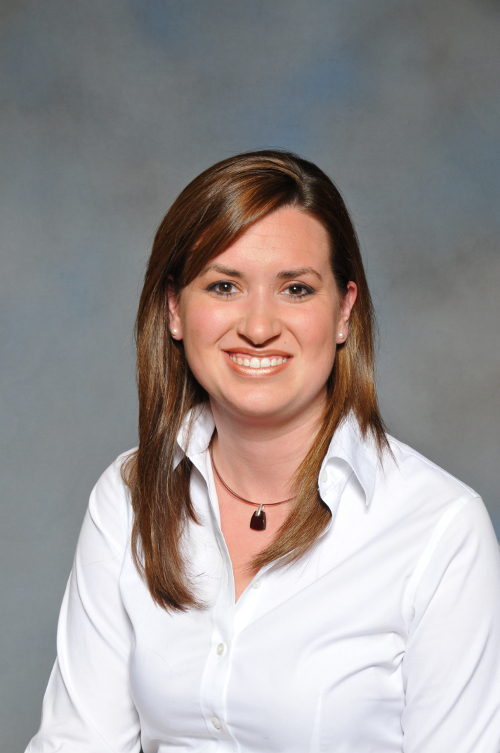 While it’s true that Randles bled Duke Blue as an undergraduate, she ultimately decided to return because of the unique relationship between Pratt and the doctors at Duke Medicine.

“Doctors actually come to my office,” says Randles. “That’s unheard-of at most other places.”

And doctors have good reason to pay attention to Randles’s research. The algorithms she’s developing can be applied on a case-by-case basis, creating unique, patient-specific models to help doctors provide the most efficient and effective care possible. It will be a few more years before the research is ready to be implemented, but 3-D printed models are already proving the validity of the simulations.

The close relationship between engineers at Pratt and doctors at the medical campus is a trademark of the biomedical engineering (BME) department at Duke. Randles, like other BME faculty, is a leader in creating novel engineering solutions to important healthcare problems. She was recently named one of five finalists for the Gordon Bell Prize in High-Performance Computing.

The Gordon Bell Prize recognizes the extraordinary progress made each year in the innovative application of parallel computing to challenges in science, engineering and large-scale data analytics. It is considered an honor to be selected as a finalist for the prize, with hundreds of papers submitted for consideration. This is the second time Randles has been a finalist for the prize, the first being in 2010.

Returning to Duke after a 10- year hiatus has been an interesting experience for Randles.

“When I was a student, there were far fewer restaurant options and you typically went into downtown Durham only for Duke-sponsored events. Safety was also a concern,” says Randles. “Now downtown Durham is this really cool place. It’s definitely gotten a lot nicer. And the football team is actually winning games now, which hardly happened when I was here.” 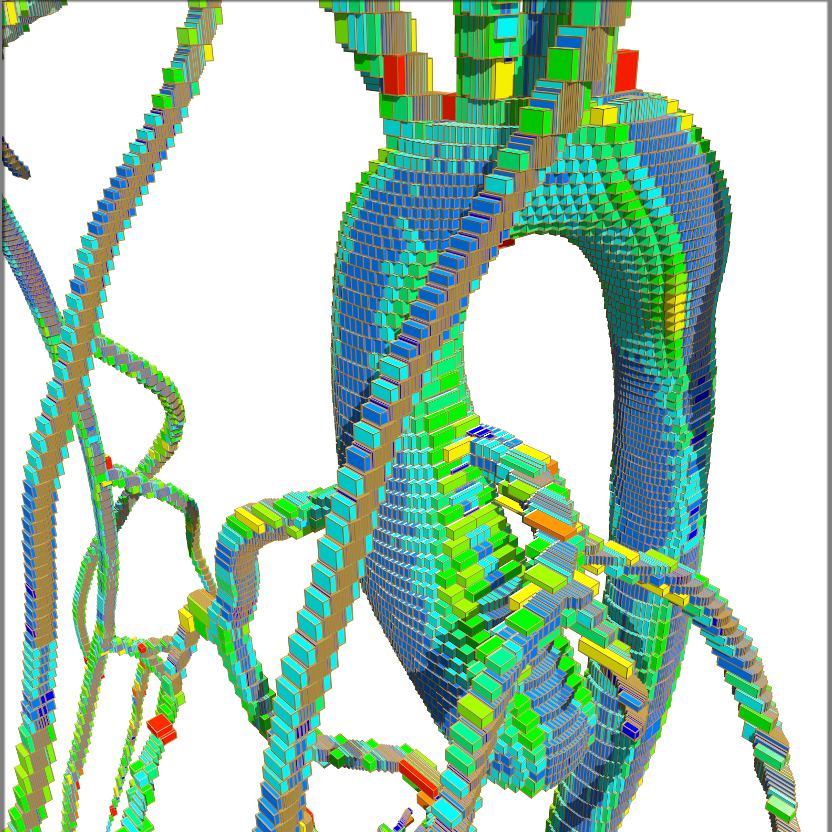 As Duke and Durham grow and evolve, so does supercomputing. In 10 years, the Durham Performing Arts Center, American Tobacco Campus and amazing restaurants have turned Durham into a vibrant city. Meanwhile, the maximal achieved performance of the fastest supercomputer has increased by 5000 percent.

Randles’s research is already breaking ground, but with the current generation of supercomputers, only small regions of the cardiovascular system can be modeled. The scale of her research is limited by the technology available.

“We need bigger, better supercomputers to model the entirety of the vascular system,” says Randles. “And those won’t exist for another decade or so.”

In the meantime, she has plenty to keep her busy, as her current work focuses on making the red blood cells in the simulation deformable to make a more true-to-life model. However, the ultimate goal of Randles’s research is to provide doctors with patient-specific tools to diagnose, treat and study cardiovascular diseases.

In 10 more years, supercomputers could be the cornerstone of modern medicine, a shining example of the importance of biomedical engineering as an intersection of engineering and medicine.

Samuel James is a freshman majoring in biomedical engineering.