John Oxaal has worked on a variety of projects and products in the entrepreneurial space, including the first real-time 3-D ultrasound machine with BME professor Olaf Von Ramm. 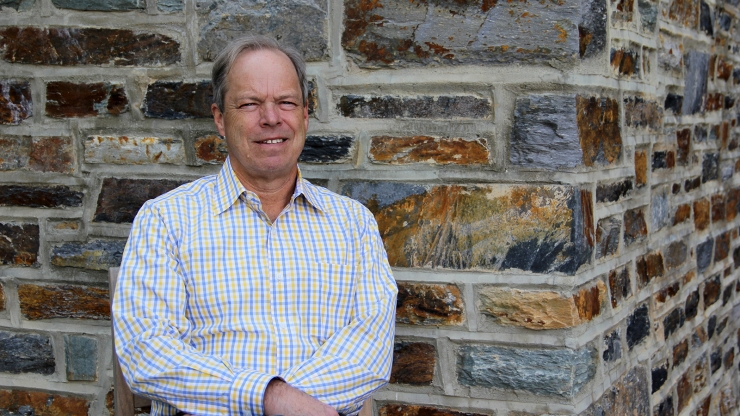 John Oxaal has worked on a variety of projects and products in the entrepreneurial space. After graduating from Duke, Oxaal got his first opportunity from Olaf von Ramm, professor of biomedical engineering at Duke University, who invited him to work on a real-time 2-D ultrasound machine. Realizing he needed more business knowledge, Oxaal pursued a business degree from the University of Chicago. This helped him found Volumetrics Medical Imaging, Inc. with Professor von Ramm, which developed the first real-time 3-D ultrasound machine.

After the success, Oxaal joined Sevin Rosen funds, where he remains today, and focuses in areas such as imaging, computing, photonics, RF communications and semiconductors.

As an entrepreneur, venture capitalist and board member of various companies, Oxaal has a breadth of knowledge with innovation and startup culture. He has learned that while one may often have a great idea for a product to compete with existing companies, there are several barriers that one must first overcome.

Oxaal isolates three main criteria when giving the green light to invest in a company and its product. Does the product meet the demand of the market? Is the market for the product large enough? How will the company compete for market share?

Oxaal landed on these criteria through years of trials and tribulations. For example, Oxaal once invested in a storage processor that was twice as fast, consumed 15 percent of the power and cost about 70 percent less than any other processor that was on the market. While on paper this product seemed extremely viable, in the market, sales were vastly disappointing.

After a market research project, Oxaal’s team discovered that consumers were more interested in the durability, the reparability and the software compatibility of the product rather than raw performance. While their product was arguably better, it failed to meet the demands of the market.

Experiences like these will help Oxaal in his role as entrepreneur- in-residence, which involves giving advice to potential entrepreneurs at Duke. But Oxaal has also learned a great deal from others.

A former colleague of Oxaal’s, Chikai Ohazama, emphasized that one needs an idea of how technology will evolve and use that knowledge to develop a profit model. His foresight brought the world to everyone’s fingertips.

Ohazama realized that semiconductor technology would likely advance from extremely expensive and bulky machines into more compact models that could easily fit into someone’s pocket. He later cofounded Keyhole, Inc., which was subsequently bought by Google.

Lessons for the Future

Oxaal believes that the recent advances in the biomedical fields—such as the increased understanding of the genome, advances in biochemistry and data applications combined with engineering—are vast fields yet to be explored.

The future lies in a wide variety of medical devices and applications that can be developed to improve the efficiency of patient care. And according to Oxaal, “Duke is well-positioned to reap the great reward” in biomedical technologies. For example, with the increased power of smartphones, doctors can get vital signs wirelessly rather than looking at a chart at the foot of a patient’s bed.

Oxaal notes that the process of starting and developing a company has gotten significantly easier since the advent of computers. Operating expenses are constantly reduced, computational processing speeds up the production of manuscripts, and the internet allows for greater information exchange and easier advertising.

But while there may be more people working in new areas of technology, its enormous boom over the past two decades provides a giant increase in base technology that hasn’t been fully explored. According to Oxaal, “It’s the equivalent of finding a whole new continent.”

One final word of wisdom from Oxaal: “Measure twice and cut once. Before you invest years of your life pursuing a particular idea, do a mental experiment and figure out whether the market’s big enough, whether you have the competitive advantage to sustain, and whether you meet the needs of the market before you spend a long time pursuing a certain thing.”