Having grown tremendously in both number and expertise since their start in 2013, Duke IEEE will surely continue to impress.

Every year, Duke’s branch of the Institute of Electronics and Electrical Engineers (IEEE) competes against other collegiate teams in the Hardware Competition at IEEE SoutheastCon. With its fun but relevant themes, this competition helps students gain a better understanding of how robotics can be applied to modern-day problems. In preparation, Duke IEEE typically splits up into separate groups to work on different aspects of their robot, such as its software and hardware. They later reconvene to incorporate all the components, which allows members to cooperate with one another while developing their knowledge in the areas they are most interested in. 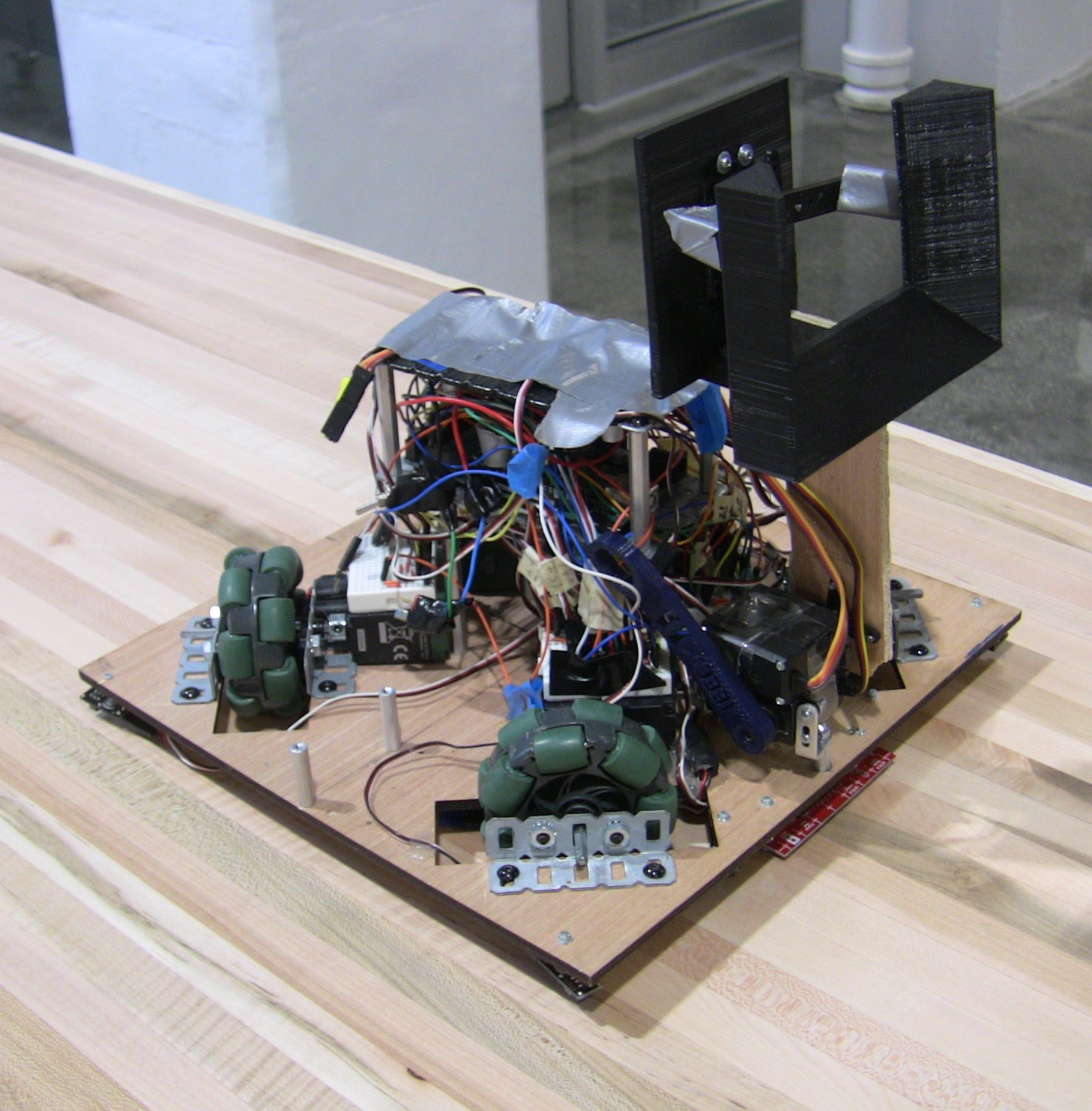 In 2015, SoutheastCon took place in Fort Lauderdale, FL, and the theme was road trips. Points were earned based on the robot’s ability to travel along a distinctly marked path, play with an electronic children’s toy, write out “IEEE” using an Etch-A-Sketch, rotate a row of a Rubik’s cube and carry a single playing card to the end of the course. The robots are autonomous, meaning that they are pre-programmed and do not have a driver to control them. Since the robots are expected to maneuver the course entirely on their own, most of the work occurs before the day of the competition itself.

Duke IEEE spent approximately two months building their robot. Its four-wheel perpendicular drive system made it easier to maneuver turns, and a photoresistor was used to detect the start signal, which was a red LED light. Stacks, an abstract data type that executes code in reverse order (starting from what was done last), were used to make their robot retrace its steps after every obstacle before continuing along the course. This aspect of its coding was extremely advantageous and set Duke IEEE apart from other teams, which often hard-coded their robots to turn around. In these cases, if the programming didn’t exactly match the course, then the robot could easily veer off path.

One of Duke IEEE’s most popular projects was the drink mixer that they created for the 75th anniversary of the Pratt School of Engineering. Debuted during the 2014 Pratt Alumni Weekend, this unique mixer impressed both current and returning Duke engineers. Constructed from clear laser-cut and frosted acrylic, its design was sturdy yet sleek. Multicolored LEDs, programmed using the open-source electronic prototyping platform Arduino, created a stunning lights display that synced to whatever music was playing during the event. Users could personalize their drinks using an Android app that would measure and mix specific ratios of ingredients. 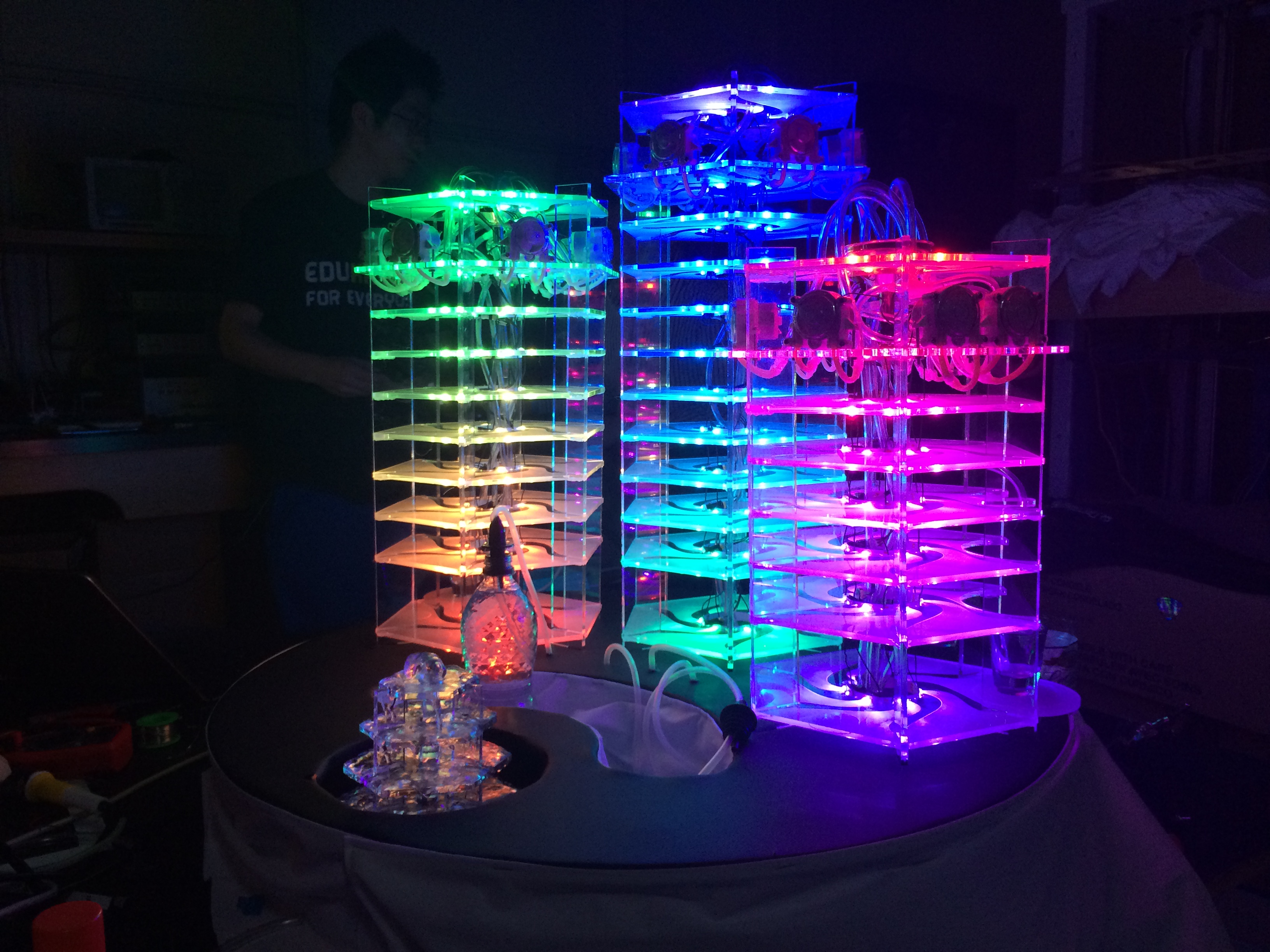 The drink mixer has been used for multiple occasions since its debut, such as for the Foundry Open House and Club Fair. It has been quite successful in garnering positive reactions, as shown by the rise in Duke IEEE’s recruitment following these events.

Upcoming projects on Duke IEEE’s agenda include building a word clock and a chess-playing robot and attending their annual SoutheastCon entry. The group meets in The Foundry makerspace at Duke every Saturday to work on these projects, plan new ones and teach skills to less-experienced members. Having grown tremendously in both number and expertise since their start in 2013, Duke IEEE will surely continue to impress.

Natalie Le is a freshman planning to double major in electrical and computer engineering and physics.