Hacking for the Future of Medicine: Healthcare Hackathon Takes Duke

These are some of the words heard surrounding the inaugural healthcare hackathon that took place in September 2015 at the Duke University Trent Semans Center for Health Education. Headlined as the Triangle Health Innovation Challenge, or THInC, a joint effort between Duke’s School of Medicine Innovation and Entrepreneurship Activity Group and the Carolina Health Entrepreneurship Initiative, this event brought together a diverse group of participants prepared to take on some of the toughest healthcare challenges.

For two days, teams moved through the process of identifying problems, crafting solutions and pitching them to various industry leaders in biotechnology. Even with less than 48 hours to complete it all, anything was possible.

A New Kind of Hackathon 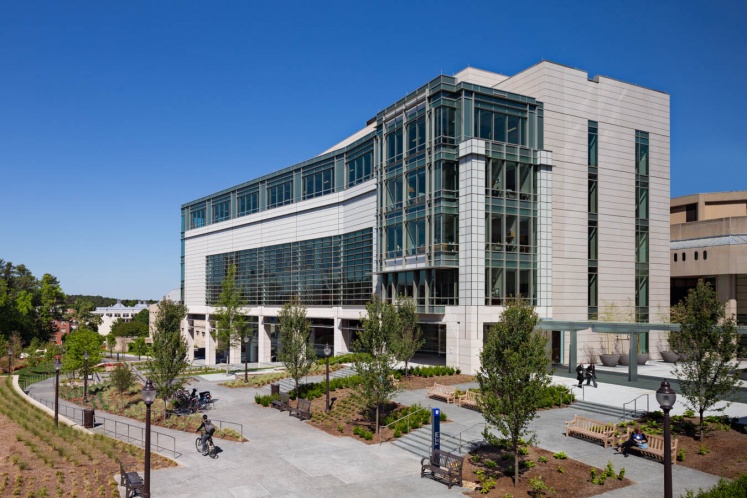 Pizza boxes scattered around the room. Developers typing furiously into their keyboards. Even at 3 a.m., the midnight oil is still burning. These are the images typically associated with the word “hackathon.” Yet these are also images conspicuously absent from the incredible yet unique work that was performed over the THInC weekend. The brainchild of Tanmay Gokhale, a current MD/PhD candidate at the Duke School of Medicine and Pratt School of Engineering, this design challenge was crafted with the idea of fostering collaboration and future development work in a meaningful way.

According to Gokhale, the model for this challenge came from hearing about a similar experience hosted by Massachusetts Institute of Technology (MIT) graduate student Lina Colucci (P’12). She had recently organized a similar event at MIT aimed at resolving various “pain points”—unsolved problems in healthcare. After Colucci delivered a talk at Duke in February 2015 around this topic, Gokhale began to brainstorm.

“I knew that there was so much opportunity to continue this work here at Duke,” said Gokhale. “I wanted to help foster similar experiences with as much of a potential for future collaboration as possible, even within the scope of just one weekend.”

With this goal in mind, Gokhale set to work, reaching out to members of the Duke community and beyond, gauging interest and determining the scope of the project.

“It became evident,” said Gokhale, “that this project could really have some lasting impact. The Triangle area is so full of amazing talent in the biomedical and biotechnology space, that if we just brought them all into the same room, the results produced would be tremendous.”

True to this prediction, by the time of hackathon weekend the event promised to showcase the Triangle’s best and brightest minds. The final organization spanned the three major academic institutions in the area—Duke, UNC and NC State—encompassing “a variety of academic and professional disciplines… everything from the engineering and design talent at NC State, the UNC medical and pharmacy strength, and Duke business, engineering, and medical interests.”

With a wide variety of ages and experience, and participants ranging from undergraduates to faculty and staff, the event promised to be much more than simply a room full of empty pizza boxes.

48 Hours of Hacking for Innovation 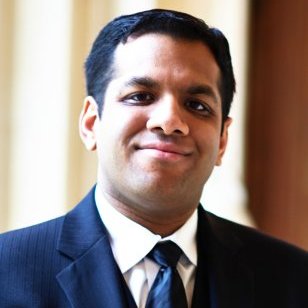 Day one of THInC opened with infinite possibility. With over 127 participants from all three participating academic institutions as well as those in industry, the potential for collaboration and the excitement in the Trent Semans Center at Duke was electric. Agenda item number one was to pitch the various “pain points” that participants wanted to fix, with only 60 seconds to convince others that their idea deserved a remedy that weekend. Without any prior team formation, all participants had an equal opportunity to find other like-minded individuals with which they could collaborate; once again, creating the space for thoughtful teamwork amongst the Triangle area’s brightest and most talented.

More than 40 pain points later, the participants now faced a difficult challenge: choosing a problem and attempting to brainstorm a solution. Round two of the pitches would involve each of the newly formed teams again coming to the front of the room and explaining their solution to the previously identified problem. With no slides, a fledgling idea and another 60 seconds, these teams, now narrowed to 25 solution ideas, attempted to explain why their ideas merited being built.

With ideas ranging from creating a better way for those with chronic obstructive pulmonary disease (COPD) to breathe easier, to others that helped increase efficiency in the waiting room, the diversity of topics and the potential solutions that followed only served to highlight the incredible potential that the weekend would offer.

From these solution pitches came the first of many audience interactions. As Gokhale noted, “We are all members of the healthcare community in some way. It only made sense to make this as much of a group event as possible.”

True to this mission, the audience became the “review board” for all of the ideas. In the end, audience members narrowed down the ideas to 15 that were chosen to make it through to the end of the weekend.

However, the collaborative nature of the competition did not end there. Over the course of the less than 48 hours that teams had to design, build and prepare to present their device to the judges, more than 30 area experts and mentors were brought in to help the teams with various aspects of their projects. Mentors in everything from hardware, wearables and cloud-computing to product marketing and sales were brought in to help guide the teams in crafting a full end-to-end experience that could be pitched in a limited timeframe and also show the judges a product with potential for further exploration and investment. With ready resources, many cups of coffee and excitement in the air, the teams set to work.

The Finish Line in Sight

Pitching an Idea, a Solution and an Investment in the Future 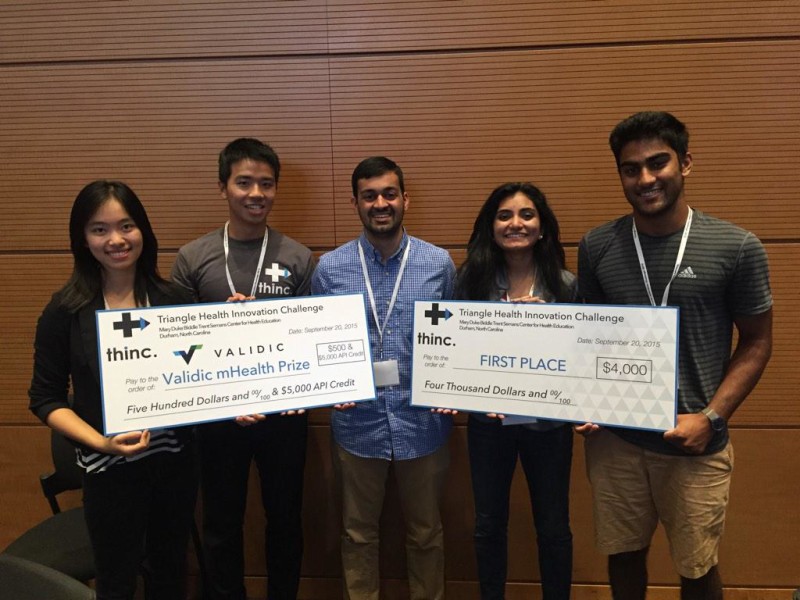 In the end, the pitches, taking various forms and solving various solutions, came together on the Sunday afternoon of the hackathon for three-minute presentations aimed at impressing the judges, whose job it was to identify the most innovative solution to each of the pain points selected Judging criteria came down to five categories:

With such high standards set, the teams made their final pitches for how each of their solutions was the most innovative and well-rounded to their particular problem. Each of the teams was then given two minutes for a question-and-answer session with the judges, who analyzed each of the solutions as serious contenders as solutions from all angles.

Overseeing the incredible challenge set before participants, the judges spanned a variety of disciplines and backgrounds. P. Kay Wagoner, PhD, entrepreneur-in-residence at the UNC Eshelman School of Pharmacy; Bobby Bahram, MBA, an executive in the biotechnology space; and Eric Poon, MD, chief health information officer for Duke Health, were the three judges tasked with finding the very best of the bunch. This was no small task.

After the two-day marathon was complete, one team emerged victorious, taking the $4,000 cash prize intended as seed money for the budding group. With a simple yet comprehensive pitch for a wearable device designed to help those with physical therapy regimes to stay on track and accountable, while also informing them whether they were doing their exercises safely and effectively, the group stole the show and snagged the coveted first-place prize.

While the inaugural healthcare hackathon may be over, there are plenty more opportunities to help improve the “pain points” of healthcare.

“We see this as becoming an annual event,” said Gokhale. “We realized that people coming together like this need that initial push to get started. Here, we bring together everything, creating our own healthcare incubator.”

Though there may always be a pain point or two in the future of healthcare, looking at events like THInC begins to ask the audience whether or not they could find a solution as well. All it takes is an idea and 60 seconds to show others the path to explore how a “pain point” becomes nothing more than an opportunity to innovate.

Claudia Dantoin is a junior exploring the possibilities of engineering changes in healthcare. She is also an editor for the DukEngineer Magazine.