Engineering is more than just a series of cumbersome problem sets. It is the quest to discover the unknown. Engineers jump at the opportunity to tackle a problem and explore feasible solutions. Frequently, their efforts result in extraordinary, revolutionary findings.

Mary (Missy) Cummings, professor of mechanical engineering and materials science, takes extraordinary to a new level. A pioneer in the field of drone research, Cummings has become an expert on everyone's favorite Unmanned Aerial Vehicle (UAV). 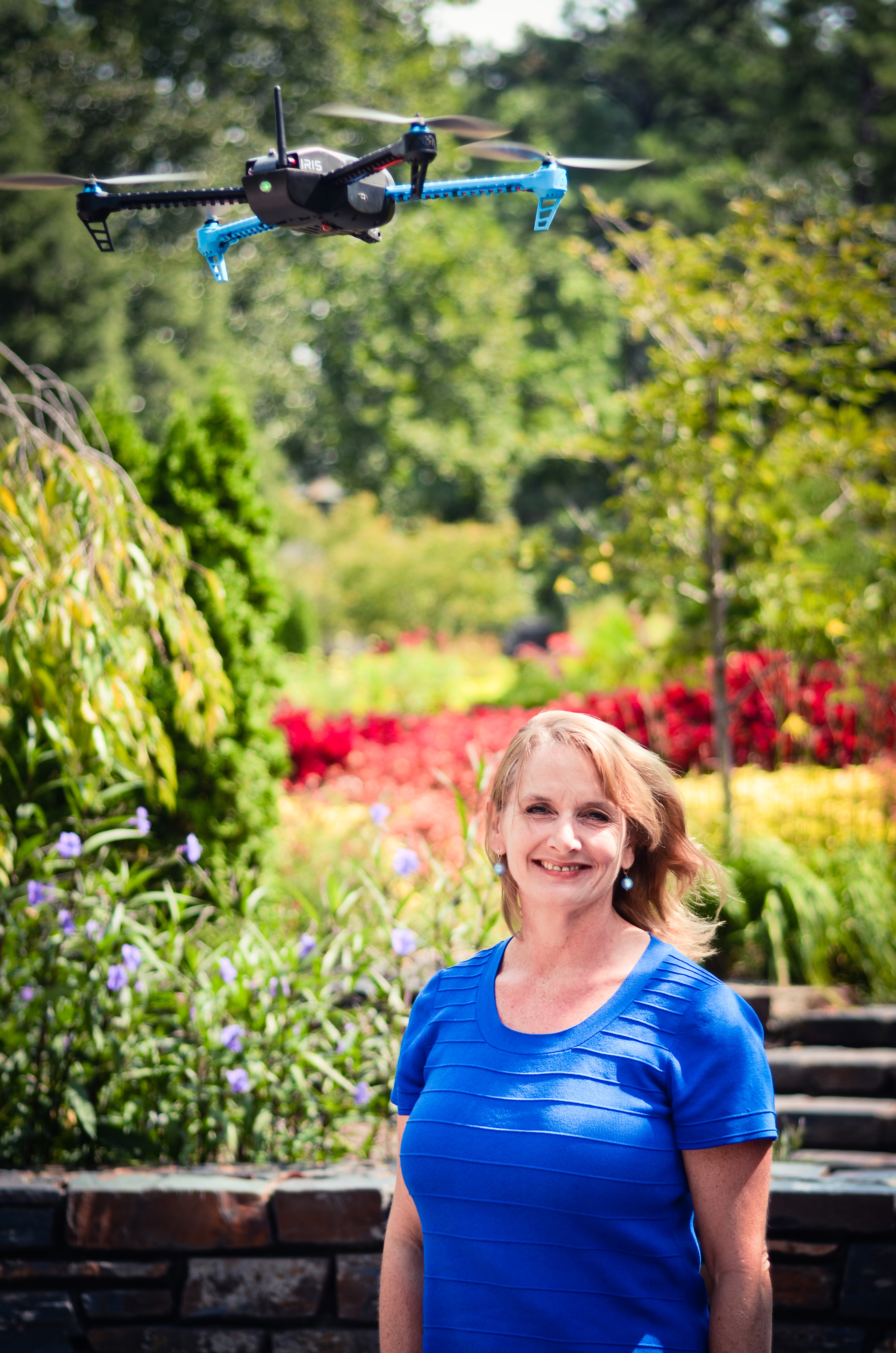 After becoming one of the first female fighter pilots in the United States Navy, Cummings left the force in 1999 to pursue other interests, namely research. Her experiences as a fighter pilot motivated her to improve the methods used to fly military planes. Her drive stems from the fact that she has witnessed multiple instances where pilots put their lives in danger simply by not being aware of their surroundings.

In beginning to find a solution to this problem, Cummings searched for the roots of the issue.

"It was clear to me that the planes were being designed not with the human in mind," said Cummings, noting that in many cases, it becomes difficult for engineers to master both physical design and have a thorough understanding of human cognitive strength and limitations.

Consequently, the human element often becomes secondary to the electrical and mechanical design of aircraft systems. For example, Cummings says that it was a bragging point for fighter pilots that Lockheed Martin says it takes 1.7 individuals to fly a plane, which demonstrates how human capability is sometimes exceeded in this field.

Such conclusions inspired Cummings to delve into the feasibility of UAVs and landed her in the role of directing the Humans and Autonomy Lab at Duke, where she studies the interactions of humans and computer decision-making. Cummings initially faced incredible adversity for promoting the notion of UAVs, but she persevered nonetheless. Her research surprisingly led her to the insight that drones could be built without monumental technological discoveries— that their real limitation is not the design of the aircraft but the design of the ground control stations.

In 1990, drones made their debut in American military missions. Since then, they have been used in various capacities including President Barack Obama's "drone war" targeting terrorists and militants. This application of the technology, however, has been the centerpiece of intense debate in American society. Though drones add innumerable advantages to counterterrorism efforts, the ability to have them controlled remotely has heightened concerns of privacy violations extending beyond the realm of the military.

Outside the operations of the military, the future may already be here.

"The number of drones in the civilian world will eclipse the number in the military," said Cummings. "If it hasn't already."

This is most prominently shown by the push many large companies are initiating to begin the widespread commercialization of drones, including Amazon, Google and Walmart. All three companies joined the drone delivery race hoping to incorporate drones into their regular shipping methods in the near future. The result of this application could be ground-breaking in terms of shipping/ delivery methods. If implemented to predicted efficiency, it has been reported that Amazon could deliver a package 30 minutes or less after placing an order online.

The other emerging question of UAV application addresses when we are going to see airplanes with automated pilots. As far as commercial airlines flying pilotless, Cummings reports that it is unlikely to happen. She adds that whenever there is a group of people together in one place, they will need someone who is in charge of leading everyone. In the case of a commercial airline, the pilot fills that role.

But military planes are a different story. According to Cummings, the troop leader on board assumes the role of leading the passengers, and therefore no pilot is necessary. Consequently, the military is trying to achieve troop transport with no pilot. Concern still lies in the security of this means of transport as well as the reliability of the electronic systems that transmit and receive data, but accomplishing this would be a revolutionary step for the military.

Another major concern associated with the streamlining of UAVs into our daily lives is the question of who is operating them. Cummings agrees that a major concern for manufacturers is thatthey must remember that a drone pilot does not have the same training or flying experience as a real pilot. She says they are actually more similar to a video game operator, and manufacturers should implement additional technology to minimize the risk of crashing. After all, it could be difficult to keep a drone from crashing thousands of miles away from where its operator is located.

Regardless of the above concerns, Cummings continues to reap the benefits of all of the applications that drones can be applied to. Her most impactful project at the moment involves an elephant tracking drone system. With a proof of concept demonstration completed in Africa, the drones make it cheap and easy to monitor elephants' safety, health and activity in the wild.

Admirably, Cummings has accomplished every researcher's dream. She has seen her research advance from preliminary inquiries to discussions of commercialization. Now she is moving on to tackle other technological riddles.

Cummings is starting research on self-driving cars, as well as undertaking the task of turning the copilot of a two-person cockpit into a robot. She is working on creating an R2-D2-type machine that, when placed in the seat of any type of aircraft, will know how to execute a mission.

This project has undeniable potential since, in the words of Cummings herself, "The computer is a better pilot than man or woman when it comes to the actual skill of flying a plane. But humans still reign supreme when it comes to solving complex problems under significant uncertainty."

Amy Vitha is a sophomore majoring in mechanical engineering.