Aerospace Engineering at Duke is a discipline that exists in something of an academic ‘twilight zone.’ As a certificate program within the mechanical engineering and materials science department, pursuing aerospace engineering at Duke requires slightly more classes than a minor, though it is not independent enough to be considered its own major. For the handful of students from each class, then, who are interested in the field, involvement in aerospace research is necessary to gain better familiarity with and experience in the field.

To facilitate students’ exposure to aerospace and aeronautical engineering projects within and outside of the university, the Duke AERO Society is a student organization that works to connect its members to “Aviation Engineering Research Opportunities” (hence the acronym). The group has been involved in a variety of projects, from quadcopter constructions to weather balloon launches to experiments on the effects of microgravity on the human eye, with a wide range of applications in aviation, biomedical engineering, robotics and more. 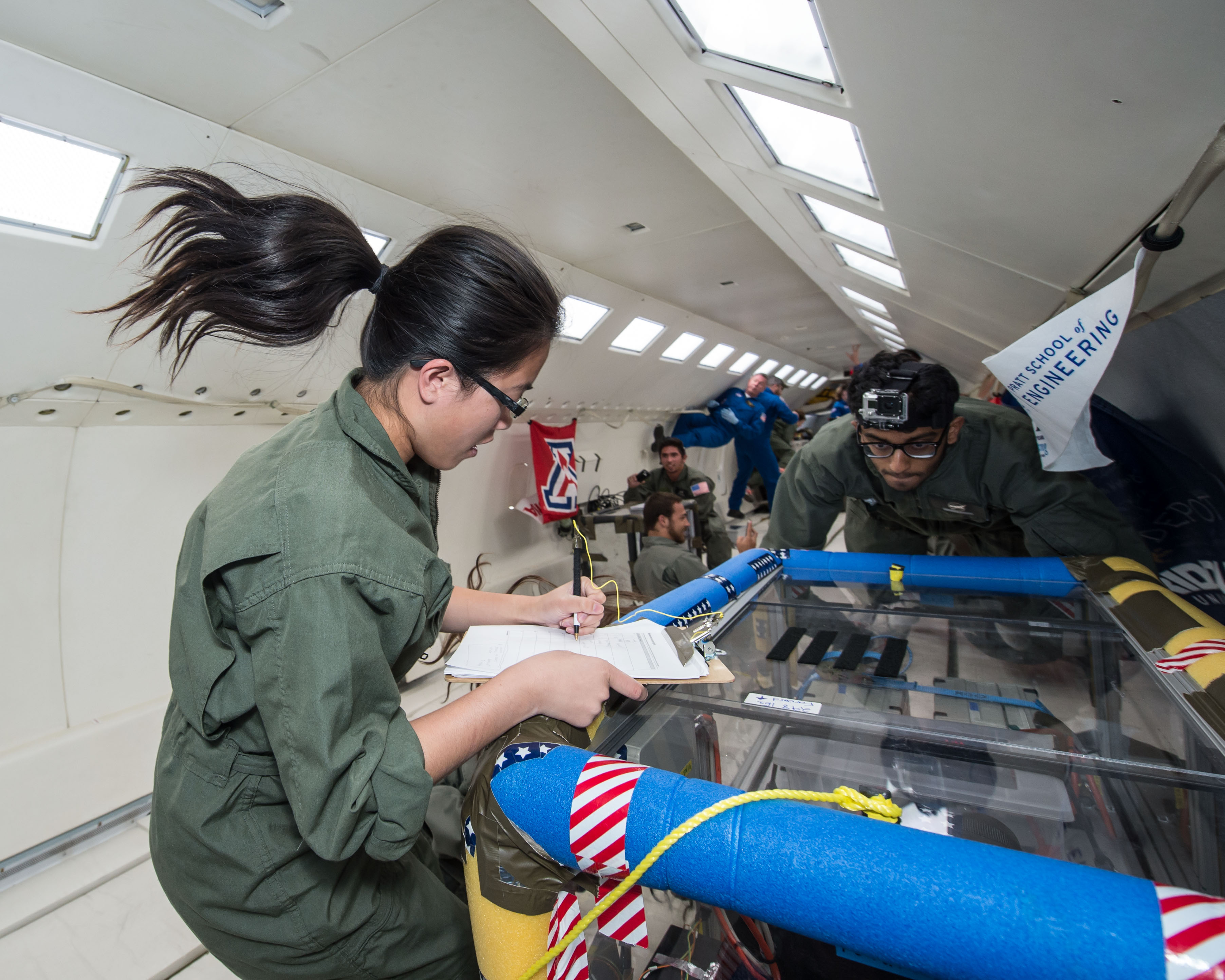 This diversity of applications has, at times, led to a lack of focus for the group: the history of the Duke AERO Society can in some ways be viewed as an extended identity crisis. Originally a single university branch of the American Institute for Aeronautics and Astronautics (AIAA), the group divided three years ago into an AIAA club and a “Reduced Gravity Club,” which focused on a research project tested on NASA’s microgravity plane. Last year, though, in order to provide the necessary support for aerospace projects, the two groups rejoined, with the reintegration being completed this year. As one unified entity, the society ensures that its projects will be able to enjoy the support they need, making for an overall more active and effective organization.

With the goal of exposing members to both hands-on and theoretical, as well as aeronautical and aerospace research, the AERO Society is focusing this year on two projects. First, club members are modeling different wing planforms using 3-D modeling software, and then constructing these different planforms with balsa wood and heat shrink plastic. Students will gain hands-on experience working with Duke’s laser cutter and possibly its wind contunnel in the manufacturing and testing of these wings.

Additionally, club members have formed a team to join the national RASC-AL competition, sponsored by NASA and the National Institute of Aerospace (NIA). This team is working to engineer the entire mission architecture of a 1-G, earth-independent space station. This ambitious endeavor involves designing and planning for everything from mission funding to space station construction to life-sustaining technologies on board. If selected to compete in the final stage of the competition, the team will produce a comprehensive research paper of their findings and plan and present it in front of a panel of industry representatives in Florida. The organization is also planning events such as a NASA hack-a-thon and a visit to the local General Electric Aviation assembly plant. With this vision, it promises to be an exciting year for the Duke AERO Society! Stay up to date on their activities at sites.duke. edu/aero.

Matt Tobin is a junior majoring in mechanical engineering and physics. He is also pursuing the Aerospace Certificate. He serves as president of the Duke AERO Society.