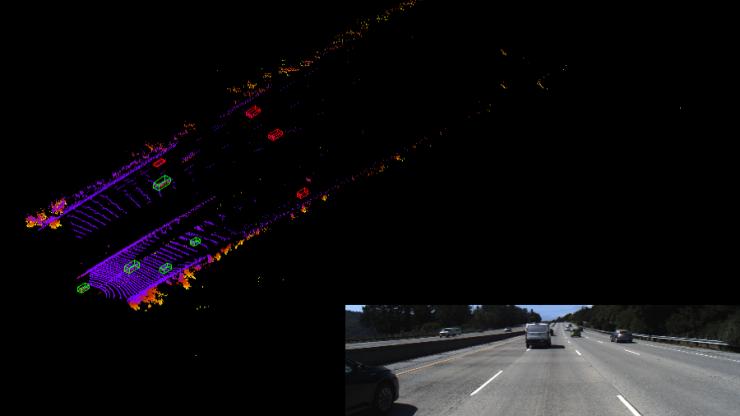 3D detection of objects in the environment—like buildings, other vehicles, or pedestrians—is a critical capability for autonomous navigation systems, but data gathered by LiDAR sensors often changes dramatically over distance. That is because the collection of data points that define objects in the environment (called “point clouds”) are denser at close range, thus creating fuller, more recognizable 3D images.

The Duke-Volvo team approached the challenge by adapting the short-range model to work for far-range observations, using a bird’s-eye view detection framework.  The proposed cross-range adaptation framework is validated on three state-of-the-art, LiDAR-based object detection networks, and has consistently demonstrated performance improvement on the far-range objects without adding auxiliary parameters to the model. The authors believe theirs is the first attempt to study cross-range LiDAR adaptation for object detection in point clouds.

"LiDAR-based object detection has been a key enabling technology in Defense sensing applications for quite a while, but far-range performance is degraded by lower observed point density,” said Dr. Joseph Myers, chief of the Army Research Office’s Mathematical Sciences Division, an element of the U.S. Army Combat Capabilities Development Command’s Army Research Laboratory. “This work will open the door to similar detection capabilities for both near- and far-range observations."

This project, which exemplifies academia-industry collaboration, is one of the many efforts in computer vision and machine learning underway in Sapiro's group. Its work is partially supported by the U.S. Army Research Office, the National Geospatial-Intelligence Agency, the National Science Foundation, the Office of Naval Research, the National Institutes of Health, and gifts from industry and foundations.