By Dan Garcia, Office of Licensing and Ventures

With an estimated $384 billion in costs to repair the US water and sanitation infrastructure, 2.3 billion people (a third of the world’s population) lacking in access to proper sanitation, and one in two people globally facing water shortage by 2030, the prospect of managing our waste effectively sounds like a solid plan.

374Water, spun out of Duke and originally developed at Duke’s Pratt School of Engineering, is commercializing the technology by building a product that aims to convert organic waste—such as sewage sludge or food/animal waste—into clean water, carbon dioxide, and nondegradable inorganic materials that can be used as fertilizers.

Invented by Dr. Marc Deshusses, professor of Civil and Environmental Engineering and Kobe Nagar, Principal Engineer at the Deshusses’ lab, the invention employs supercritical water oxidation (SCWO), which works by using high pressure and temperature—over 220 times atmospheric pressure and above 374 degrees Celsius, to be exact–to break down complex organic compounds into clean water and CO2. 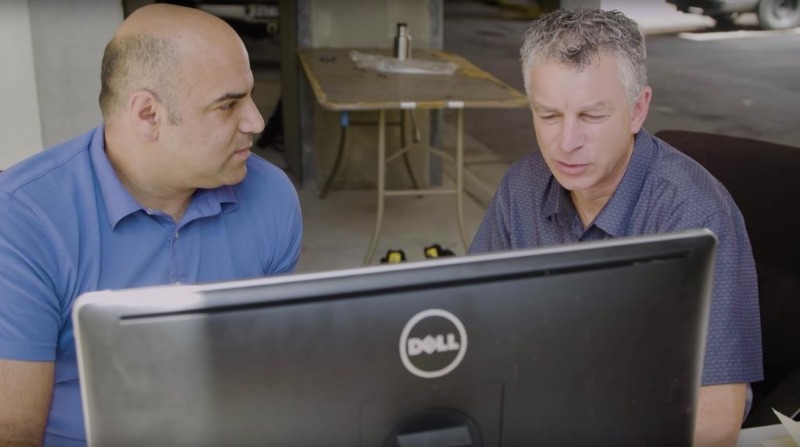 The effectiveness and relative simplicity of SCWO is highlighted by the speed at which the reaction takes place, potentially within seconds. As an added bonus, the excess heat produced by the exothermic reaction can be used to generate electricity, and the process produces clean emissions free of pollutants such as sulfur dioxide and nitrogen dioxide. The team best summarizes all the benefits as, “a compact, clean, and sustainable solution at a game-changing competitive, affordable cost!”

Deshusses was inspired to invent 374Water through his fascination with “developing solutions to environmental issues, particularly in water treatment and sanitation” for less developed countries.

A consequence of poor sanitation systems is a higher prevalence of disease due to untreated human waste contaminating waterways and other public areas.

“In the world, there are over two billion people that don’t have access to a decent toilet,” Deshusses explained in a recent interview. “The implications are huge because there’s a lot of fecal matter that ends up untreated in the environment and it leads to diarrheal diseases, parasites, and other health impacts on people.” Developed countries have their own set of sanitation problems such as a surplus of sludge from the sewage treatment process called biosolids which requires safe disposal. Deshusses and Nagar sought to address this problem by developing a compact, superior treatment system that can handle the fecal waste of a 1,000, 6,000, or even 30,000 people.

Work on the project began in 2013 when the “Reinvent the Toilet” challenge along with funding from the Bill and Melinda Gates Foundation.

Work on the project began in 2013 when the “Reinvent the Toilet” challenge along with funding from the Bill and Melinda Gates Foundation. First, research was needed, “demonstrating the reactivity of fecal waste and ensuring the SCWO could convert the waste into clean water and energy.”

The project then undertook several developmental phases ensuring that the final product would treat sludge at a competitive cost. Deshusses now has a pilot plant on Duke’s campus behind Hudson Hall that has been operated there since 2015.

Having developed a novel idea, Deshusses and Nagar began to talk with Henry Berger, Associate Director, Physical Sciences for the Office of Licensing & Ventures (OLV) about what to do with this technology. Berger helped them to navigate the Gates grant, assess their technology, and walked them through the patenting process. OLV filed the patent applications, and the technology was moved over to Rob Hallford, Director of New Ventures, and his team of Mentors-in-Residence (MIRs) to help with the new company start-up process.

MIRs are entrepreneurs that have successfully raised capital for, built, sold, or invested in start-up companies who then share their insights, experiences, and numerous connections with a start-up project. Hallford assigned MIR Kevin Bowles to help mentor the new start-up. 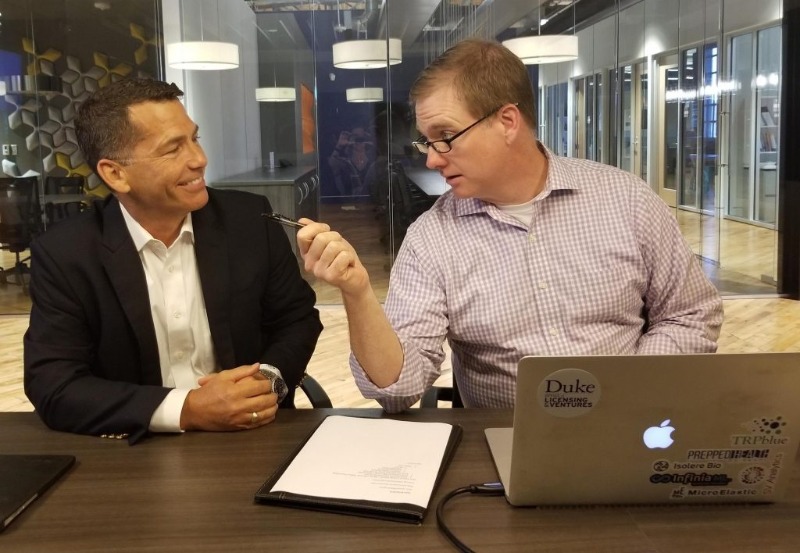 “When I first started to work with Marc and Kobe, I advised and guided them on the business strategy, components, and execution as well as what will make the business attractive to an investor and a partner. Additionally, I introduced 374Water to external service providers (such as legal and finance) as well as “friendly” investors who could also provide them with additional input that will increase the odds of their success,” Bowles said of the still ongoing process of mentoring.

Now Deshusses, Nagar, and the 374Water team are moving forward with the commercialization of their product, which they hope will be on the market as early as 2020. They plan to initially start in Durham, with future plans to make an impact across the developing world. Several commercial partners are already on board and numerous wastewater treatment plants have shown interest in collaborating and purchasing the product.

In time, 374Water hopes that their product will reduce the prevalence of sewage-borne diseases in developing nations as well as the output of toxic sludge worldwide.

If you would like to learn more about 374Water and the work they are doing, you can meet them in person at OLV and I&E’s 2nd Annual Invented at Duke celebration on November 8th from 4-7pm at Penn Pavilion.