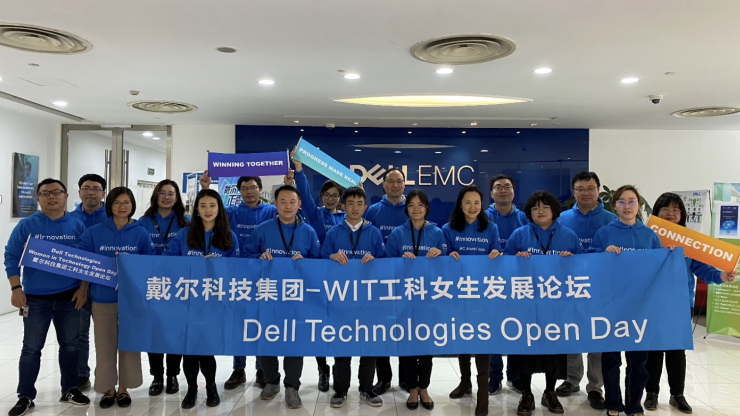 At the conclusion of a nearly two-month long computer engineering contest, a team of students at Duke Kunshan University (DKU) emerged as the strongest in the Dell Women in Technology-Innovation Stars Competition, winning first prize for its work on heterogenous data centers. The students are in their first year of Duke’s international Master of Engineering (MEng) program in Electrical and Computer Engineering (ECE), which includes a year of study at DKU followed by a year at Duke ECE, said professor Xin Li, who directs the program.

The competition encourages female engineering students to pursue their career dreams and speak up for technological innovation. Though both men and women can compete, teams must be led by female students.

Five teams, hailing from Shanghai Jiaotong University, Duke Kunshan University and Shanghai University of Science and Technology, competed. Three teams advanced to the finals, including two from DKU. In the final challenge, each team chose from topics provided by Dell Technology Group’s China Research Institute and delivered final presentation on the topics at the end of three weeks. One team from DKU chose "heterogeneous data centers" while the other chose "simplified operations."

Heterogeneous data centers evolve from many generations of servers and hardware configurations. Large IT companies like Google, Amazon and Alibaba have to develop strategies to deal with the resulting variances in processing speeds and capacities and improve productivity. Siting Su, Zhening Zhang and Yilin Li’s team proposed ideas for optimizing the existing heterogeneous data center software from both the operating system level and the execution framework level.

In January 2020, Su, Zhang and Li’s team won the first prize "Innovation Star," while Liu was deemed the "Presentation Star."

Liu expressed gratitude to Dell for the mentorship and advice on professional development that its experts provided over the course of the competition, and said that the encouragement shown to female programmers like herself, by a well-known technology company like Dell, made her feel even more determined to develop her skills and become an excellent engineer.