Duke Engineers for International Development (DEID) Returns, With a New Bridge in Bolivia

Picking his way down the side of a 55-foot deep gorge near Japo, Bolivia, last summer, civil engineering student Ezra Melaku experienced firsthand what the people of the community had long known—they needed a bridge.

“It’s a high-altitude region,” explained Melaku. “It’s very cold. The conditions are very hard to live in. But kids as young as four cross the gorge on foot, by themselves, to reach school.”

Until last summer, the gorge was impassible during the rainy season, when it filled with water. But now, a suspended bridge nearly 350 feet long offers a safe, reliable path in and out of the community, regardless of the weather.

The bridge was built by a team of community volunteers, local engineers and masons, and members of Duke Engineers for International Development, or DEID. DEID partners with Engineers in Action, a nonprofit dedicated to developing sustainable infrastructure in underserved communities, to send Duke students to sites across South America where wells, bridges, and improvements to sanitation facilities greatly improve the quality of life for residents.

David Schaad, professor of the practice of civil and environmental engineering at Duke, is DEID’s faculty advisor. Melaku was DEID’s project manager for the Japo pedestrian bridge build, a responsibility he took on the summer after his sophomore year. 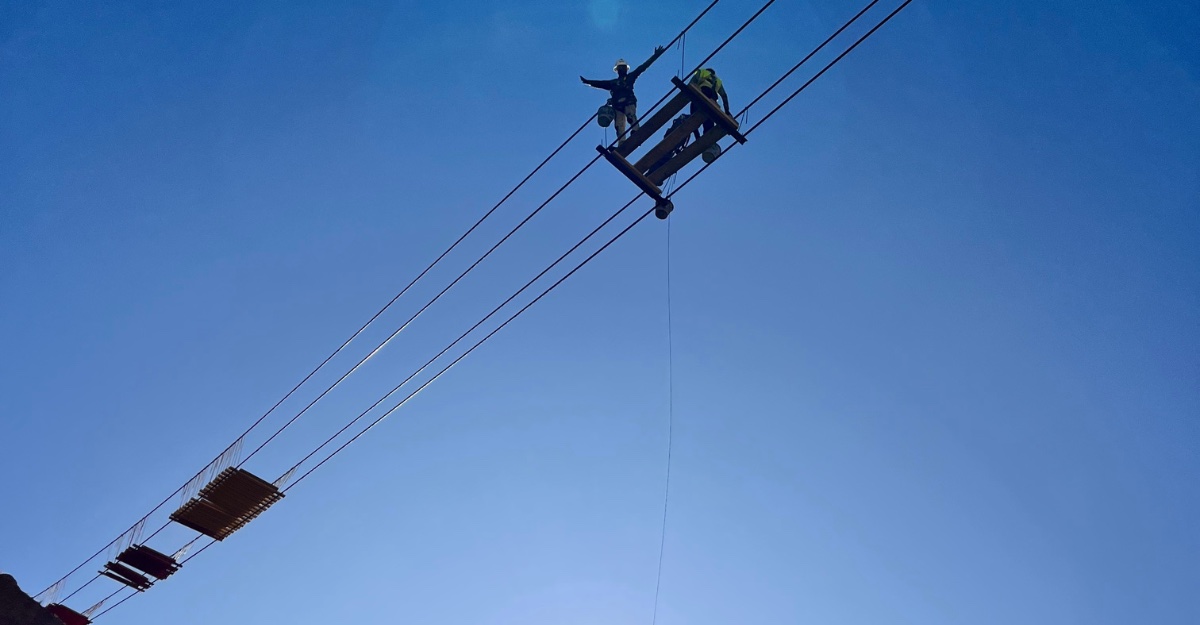 “Because international travel ceased during the pandemic, the usual knowledge wasn’t passed down from student to student in the normal way,” said Melaku. “But we had a lot of support from Engineers in Action. They connected us with an ambassador who was also a Duke alumna and was very resourceful. And we talked with the Duke seniors who were the last to travel before the pandemic, before they graduated.”

During the school year, the DEID team worked on the technical aspects of the suspended bridge’s design in cooperation with engineers in the United States, Spain, and Bolivia. Once the team was on-site, they worked with people from the region—some of whom had walked hours to get to the site, in below-freezing temperatures—to build the structure.

Before they returned to Duke, the students were invited to the bridge’s inauguration.

“The way that we were welcomed by the community was very reassuring,” said Melaku. “It was wonderful to see how the bridge was celebrated.”