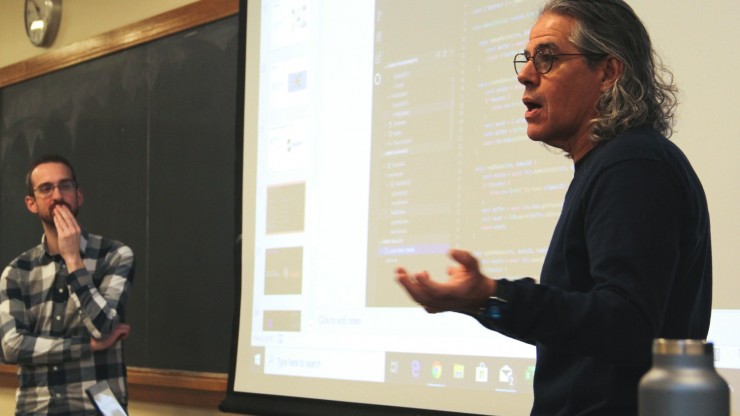 It’s been 11 years since Bitcoin and blockchain launched, but the concept of anonymous, unalterable financial transactions can still feel a little bit illicit to those with little to no experience.

“I remember watching the news about Bitcoin and thinking, “This is so wrong. It has no regulations,” said Asha Mallapragada, a student in the Entrepreneurship and Founders Track of Duke’s Master of Engineering Management Program, who was working as an anti-money laundering consultant at the time.

Jimmie Lenz, the director of Duke Engineering’s new FinTech master’s program, which launches in the fall of 2020, expects perceptions like Mallapragada’s to shift as she and the other student’s in Lenz’s blockchain class learn more about the platforms, and gain a balanced understanding of when, why and how to leverage blockchain’s special powers: permanency, unparalleled security, and flexibility in facilitating different types of transactions.

Lenz is achieving this, in part, through Duke’s own participation in the blockchain. Last fall, with assistance from the Duke Office of Information Technology (OIT), the Pratt School of Engineering installed the university’s first two blockchain nodes for education and research—Ethereum and Ripple. By verifying transactions for two types of cryptocurrency—XRP, which is used primarily by financial institutions, and ether, which is used by everyone else—students see how transactions are structured, and how cryptocurrency flows through the platforms.

Students from engineering, finance and computer science make up the class, and their familiarity with blockchain varies. Some are already trading cryptocurrency, while others, starting from zero, learned the basic rules on the first day of class: first, Bitcoin transactions occur only after the software-based approval of each anonymous financial transaction by a distributed network of users—a consensus-based accounting process known as blockchain. Second, transactions only move forward. (If a student buys a pony with their Bitcoin, they can’t return it.) Third, if they lose the key to the small public database known as their “wallet,” their cryptocurrency will be irretrievably lost.

The benefits of using blockchain outweigh those kinds of risks, said Lenz. For one thing, transactions validated by blockchain aren’t limited to financial exchanges. “You can encrypt data there, and it’s currently unbreakable, because the blocks in the chain cannot be changed,” said Lenz. "It's immutable." 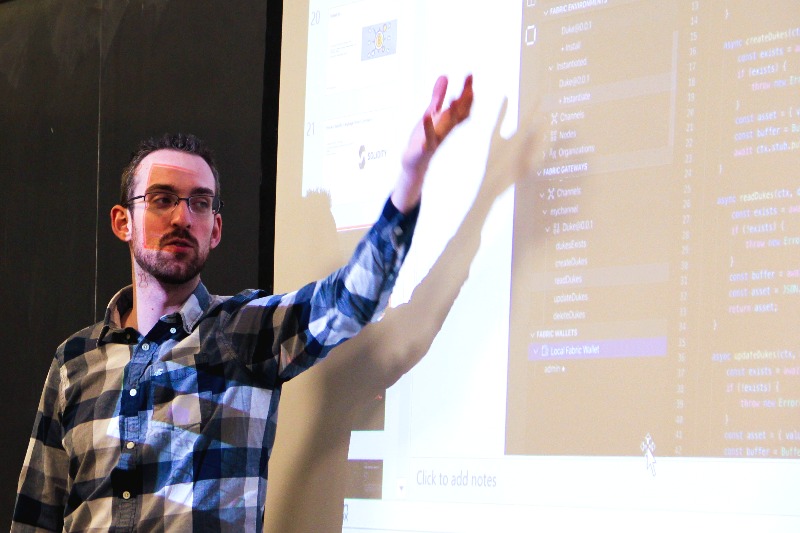 By the end of the semester, students in Lenz’s class will have learned how to leverage blockchain’s high security assurances to build code that automatically executes the terms of an agreement once specified conditions are met, called "smart contracts." The students' smart contracts will trigger a release of cryptocurrency into Lenz's wallet when the condition of multi-party approval is met. “It’s all test currency, used by developers,” Lenz noted—no profits result from these experimental contracts.  The students will also develop and deploy “tokens” that can represent assets common to finance, like equity and debt.

“From the perspective of a prospective entrepreneur, I want to learn as much as I can about a technology that can be applied in so many different ways.”

Mallapragada said that the concept of blockchain has grown on her as she learns more about it. “Personally, I think blockchain has the potential to solve diverse problems when applied to areas like digital voting, information transfer and even, surprisingly, to regulation and compliance,” she said. “From the perspective of a prospective entrepreneur, I want to learn as much as I can about a technology that can be applied in so many different ways.”

To her point, Steve McClelland, Duke Engineering’s Executive-in-Residence and a faculty mentor in the Entrepreneurship and Founders Master’s Track, is planning to offer funding for a multi-day online blockchain seminar and accelerator to students who want to launch startups.  FinTech students will explore the possibilities of Ethereum more deeply in the coming months, as the new master’s program ramps up.