An engineer's career in investment banking 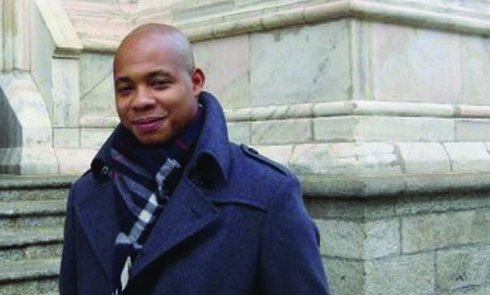 There are so many alumni of Duke who are successful in financial services. I don’t think that’s a coincidence. You get a broad-based education at Duke, and being at a school that complete and that well-rounded transfers very well. The top firms like Duke and like the type of student who’s coming out of Duke.

When Kevin Edwards was 13, he was a working-class kid in Brooklyn, New York. Now, he’s part of a team that runs the €6 billion to €7 billion European bond and credit default swap desk at Morgan Stanley in London, where he might invest €100 million in a single trade on a Tuesday afternoon.

Scholarships to a private preparatory school and to Duke University’s Pratt School of Engineering launched his elite career in finance, Edwards says.

“When I was 13, I applied for this program called the Albert G. Almer program which took 50 or so African-American and Latino students and placed us in various private day schools in the New York area or boarding schools all along the East Coast,” he explains. He received a scholarship to the George School in Pennsylvania, where his success positioned him to attend an elite university. After also being accepted to Brown, Cornell, and Yale, Edwards selected Duke.

“When I got the acceptance letter from Duke, they offered me the Reggie Howard scholarship, named after the first black student government president of Duke, who never served because he died in a car accident,” Edwards recounts. “So I flew down there to visit, and once you fly down there, it’s hard not to end up there.”

Edwards applied to the engineering school because he knew how impressive that preparation is to Fortune 500 corporations, he says.

“There aren’t a lot of majors where students are in the labs,” he says. “For the major companies in the U.S. who recruit on campuses, engineering is one of the first majors they’re looking for” – even for non-engineering jobs, because a top-tier engineering program gives a student analytical and critical thinking skills that translate broadly in business. Also, succeeding despite the rigors of Duke’s engineering program proves discipline, drive, stamina, and character.

“It was around junior year when I decided that while I enjoyed the challenge of getting a degree in engineering, I didn’t see my future in professional engineering,” Edwards remembers. “I liked working with people; I liked the fact-based nature of working in a trading environment. I knew the skill set we were learning at Duke would transfer over pretty easily into financial services.”

Indeed, Edwards had discovered that Wall Street investment banks routinely identify and recruit promising Duke engineering students. Through a referral from a classmate, Edwards landed perhaps the ultimate summer internship: as a summer analyst at investment banking titan Goldman Sachs after his junior year. That led to the offer of a full-time job at Goldman after his graduation in 2001.

As he entered that high-pressure field, Edwards felt well prepared.

“A lot of the classes I took were more theoretical in nature about how you solve problems and apply mathematical skills to solving problems,” he says. “That transferred over very well into financial services. Every trade you look at entering or exiting is a problem-solving exercise with a bunch of inputs and a bunch of outputs. What is going to make the bonds of this company appreciate or depreciate? What numbers do I need to see? What inputs do I need to get to that number?”

There is one big difference, though, he says: “The math is very easy compared to the math we were doing at Duke for engineering.”

During his career, Edwards has met other engineering majors who made the transition into finance – a disproportionate number of them also from Duke.

“The thing about Duke versus a school like MIT is the broad-based education you get,” says Edwards, who minored in African-American studies and recalls seminal experiences like seeing poet Maya Angelou speak on campus. “Being at a school that complete and that well-rounded transfers very well. That is why there are so many alumni of Duke who are successful in financial services. I don’t think that’s a coincidence. The top firms like Duke and like the type of student who’s coming out of Duke. That’s translated to a lot of Duke alums at firms like Morgan Stanley and Goldman Sachs.”

After several years with Goldman, Edwards moved to Morgan Stanley, transferring to its London office in 2008. His days are long and fast-paced.

“By an accident of geography, London’s the epicenter of the financial services industry,” he explains. “I get in at 6:30 in the morning, when it’s late afternoon in Singapore, Hong Kong, Tokyo. In the second part of my day, the U.S. business day begins. If you’re going to work in financial services, London is the place to be.”

Edwards arrived in London just in time for the most extraordinary market conditions in decades -- just before the collapse of Lehman Brothers and the financial crisis that followed. This past year, he’s been trading European debt while the sovereign debt crisis roiled markets there.

“You’re talking about the economic future of countries like Greece, Portugal, Ireland and Italy,” he observes. “Being here and getting to participate in the process of how to get through this is very interesting. How this gets resolved is crucial to the future of everyone in the world.”