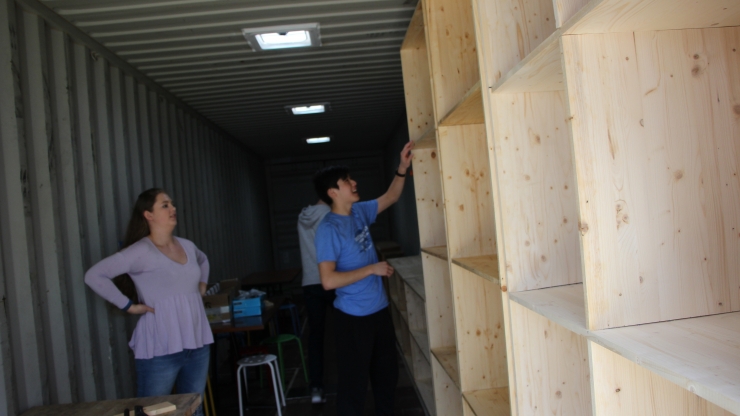 One team of graduate students from the recently launched Duke Design Health program received second place at both the 2020 Johns Hopkins Healthcare Design Competition in the Advanced Health Category, and at the Innovate Carolina Student Competition. The Duke team was recognized for their EmboGuard project.

Three teams of master’s students in the Medical Device Design program were accepted to present in the University of Minnesota’s Design of Medical Devices Conference. The first team, led by Anna Matthews, Nicolas Swischuk, Brandon Tramontana and Michael Wong, were recognized for their device that could rapidly diagnose pleural effusion, which occurs when excess fluid builds up in the lungs. Jennifer DeLuca, Anish Nigade, Aaron Czeisperger and Adrianna Battle showcased their bioptome design, which involved a rotating, steerable pinching tool that could store samples of endomyocardial heart tissue for biopsies. A team led by Rosa Araiza, Chirag Gyani, Yuhan Liu and Craig Warlen presented their project, titled “A Dynamic Roadmap for Interventional Vascular Applications.” This team was also a finalist in the virtual competition.

And, a team from Duke Engineering’s First-Year Design course, led by BME Professor of the Practice Ann Saterbak, was recognized at the Global Social Innovation Challenge at the University of San Diego for their project that involved turning a shipping container into a functioning design space for resource-limited settings.

“This success speaks to the strength of the design program in Duke BME,” says Mark Palmeri, an associate professor of the practice in Duke BME and member of the team involved in developing the design curriculum. “The ability to bring a design to life is a ubiquitous skillset, and when students graduate and go on to jobs, it’s programs like this that allow them to hit the ground running.”