Engineers have developed a technology to cool hotspots in high-performance electronics using the same physical phenomenon that cleans the wings of cicadas.

When water droplets merge, the reduction in surface area causes the release of a small amount of energy. So long as the surface beneath is hydrophobic enough to repel water, this energy is sufficient to make the merged droplet jump away.

On the wings of cicadas, this phenomenon drives droplets to catch and remove particles of dirt and debris. In the new cooling technology created by engineers at Duke University and Intel Corporation, droplets jump toward hotspots to bring cooling where the electronics need it most.

The results appear online on April 3, 2017, in the journal Applied Physics Letters.

The new technology relies on a vapor chamber made of a super-hydrophobic floor with a sponge-like ceiling. When placed beneath operating electronics, moisture trapped in the ceiling vaporizes beneath emerging hotspots. The vapor escapes toward the floor, taking heat away from the electronics along with it.

Passive cooling structures integrated into the floor of the device then carry away the heat, causing the water vapor to condense into droplets. As the growing droplets merge, they naturally jump off the hydrophobic floor and back up into the ceiling beneath the hotspot, and the process repeats itself. This happens independent of gravity and regardless of orientation, even if the device is upside-down.

The technology has many advantages over existing cooling techniques. Thermoelectric coolers that act as tiny refrigerators cannot target random hotspot locations, making them inefficient for use over large areas. Other approaches can target moving hotspots, but require additional power inputs, which also leads to inefficiencies. 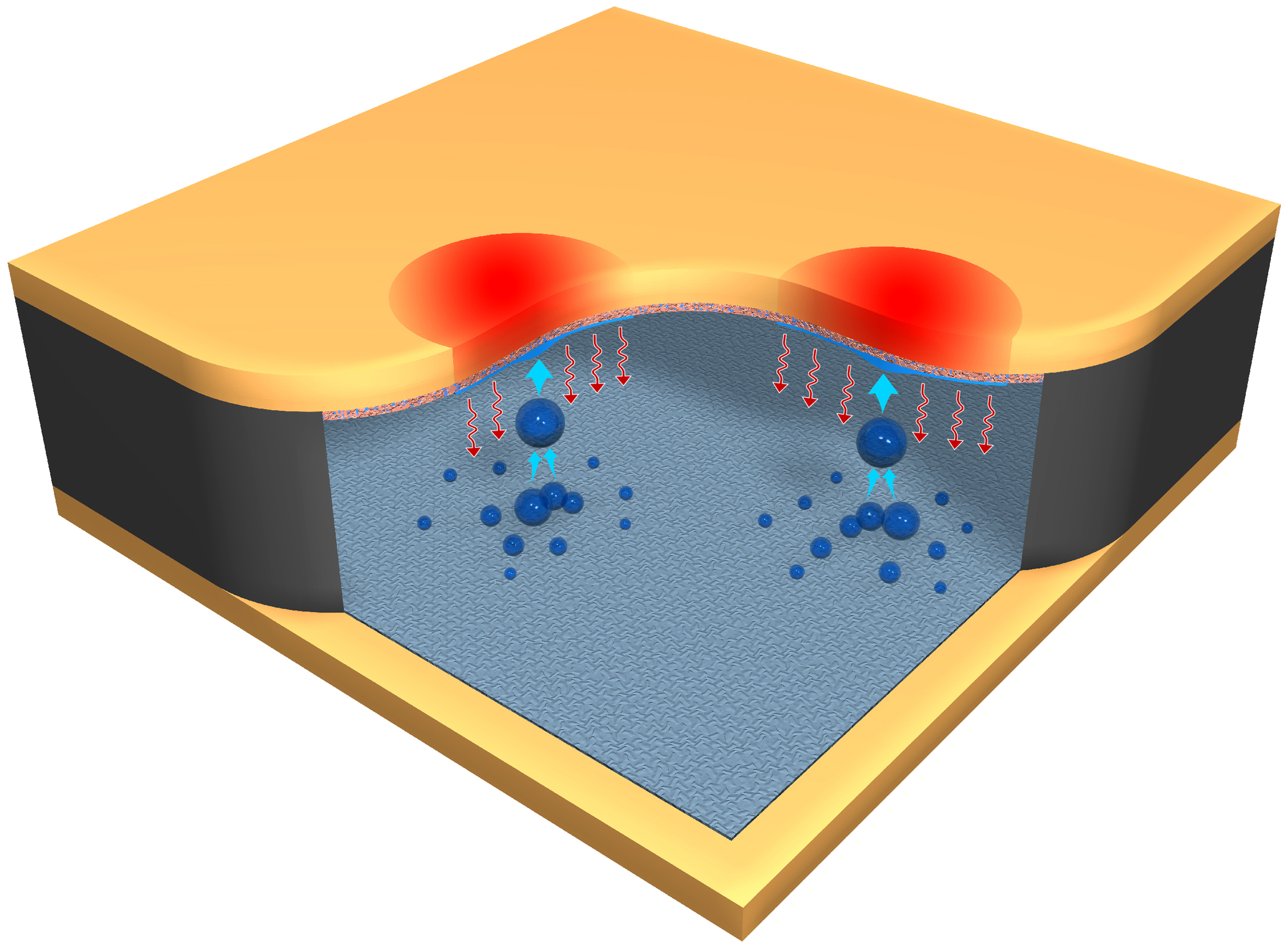 The jumping-droplet cooling technology also has a built-in mechanism for vertical heat escape, which is a major advantage over today’s heat spreaders that mostly dissipate heat in a single plane.

“As an analogy, to avoid flooding, it is useful to spread the rain over a large area. But if the ground is soaked, the water has no vertical pathway to escape, and flooding is inevitable,” said Chen. “Flat-plate heat pipes are remarkable in their horizontal spreading, but lack a vertical mechanism to dissipate heat. Our jumping-droplet technology addresses this technological void with a vertical heat spreading mechanism, opening a pathway to beat the best existing heat spreaders in all directions.”

There is still much work to be done before Chen’s jumping droplets can compete with today’s cooling technologies. The main challenge is to find suitable materials that work with high-heat vapor over the long term. But Chen remains optimistic.

“It has taken us a few years to work the system to a point where it’s at least comparable to a copper heat spreader, the most popular cooling solution,” said Chen. “But now, for the first time, I see a pathway to beating the industry standards.”