The future of mobile satellite communications recently rolled through the engineering quad on Duke’s campus. Dubbed the “mTenna,” the flat device is about the size of your hand and can connect with satellites in any direction while on the move, providing internet connections at speeds capable of handling a terabyte of data per month.

For anyone who has ever seen the giant satellite dishes controlled by heavy machinery perched atop large boats, the upside of the sleek new technology is immediately obvious. But besides maritime applications, the mTenna could also provide much faster internet connections to airplane passengers—or passengers in your own back seat.

The latter is how the prototype device made its way to campus—in the roof of a Toyota Highlander, as the so-called “connected car” made its way across the country on a publicity tour. The stop also brought the technology’s inventor back to the place where it all started. 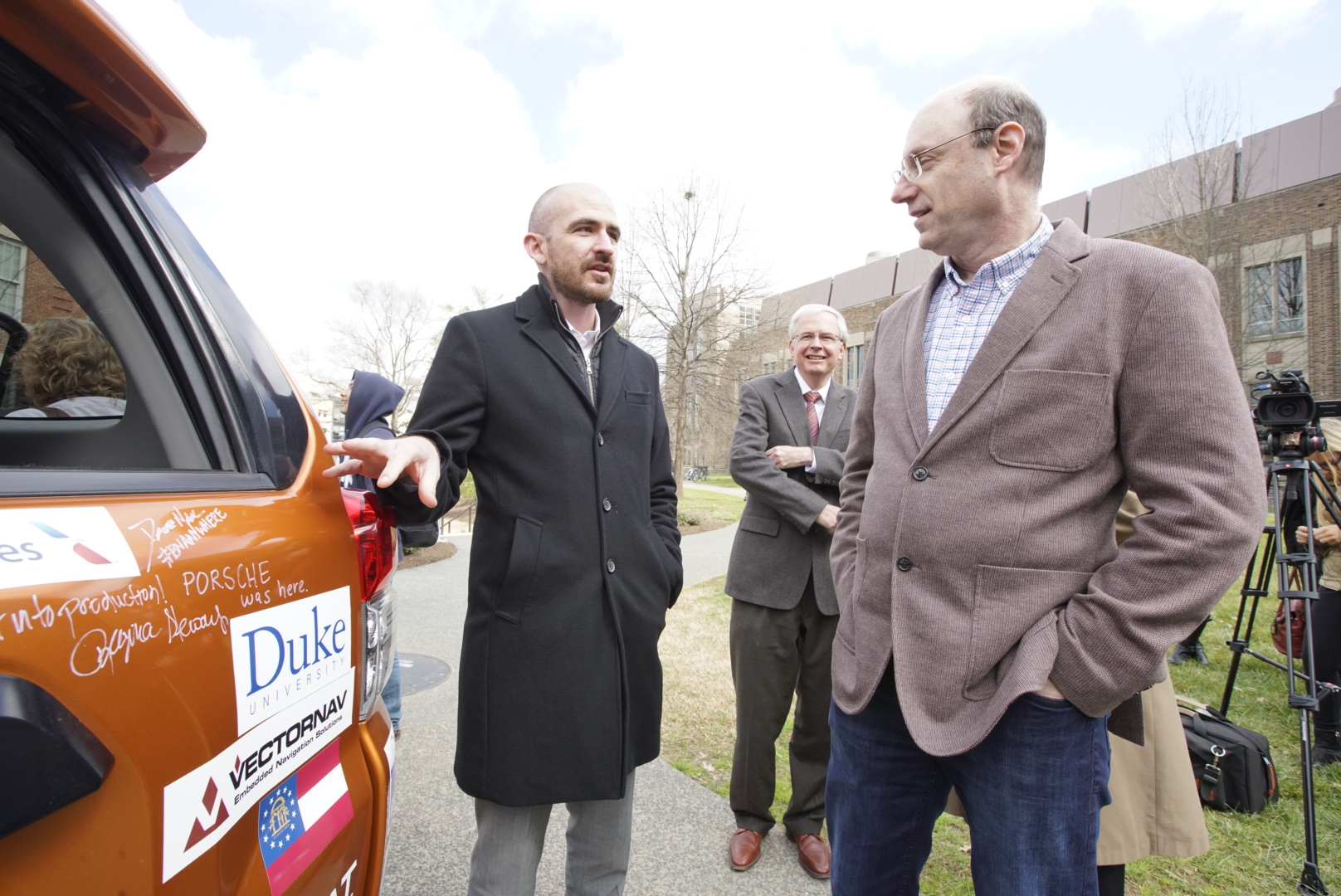 Nathan Kundtz, founder and CEO of Kymeta, the company producing the mTenna, developed the technology while completing his doctorate in the laboratory of metamaterials pioneer David Smith, professor and chair of the electrical and computer engineering department at Duke. (Smith is now a strategic advisor to Kymeta.)

Metamaterials are the combination of natural materials in repeating patterns to achieve unnatural properties. They are also what allow the mTenna to obtain signal from any direction without reorienting the device itself and to send and receive data simultaneously.

The mentor and mentee were joined for a presentation about the technology and a discussion about innovation at Duke by Lawrence Carin, vice provost for research at Duke, and George Truskey, interim dean of Duke’s Pratt School of Engineering.

“What we’re doing isn’t terribly ambitious—we’re just looking to revolutionize wireless communications,” joked Kundtz at the start of his talk. “If you’ve seen the movie “The Martian,” there’s a scene where Matt Damon is hit by a huge satellite dish during a wind storm. Clearly we have a different view of the future.” 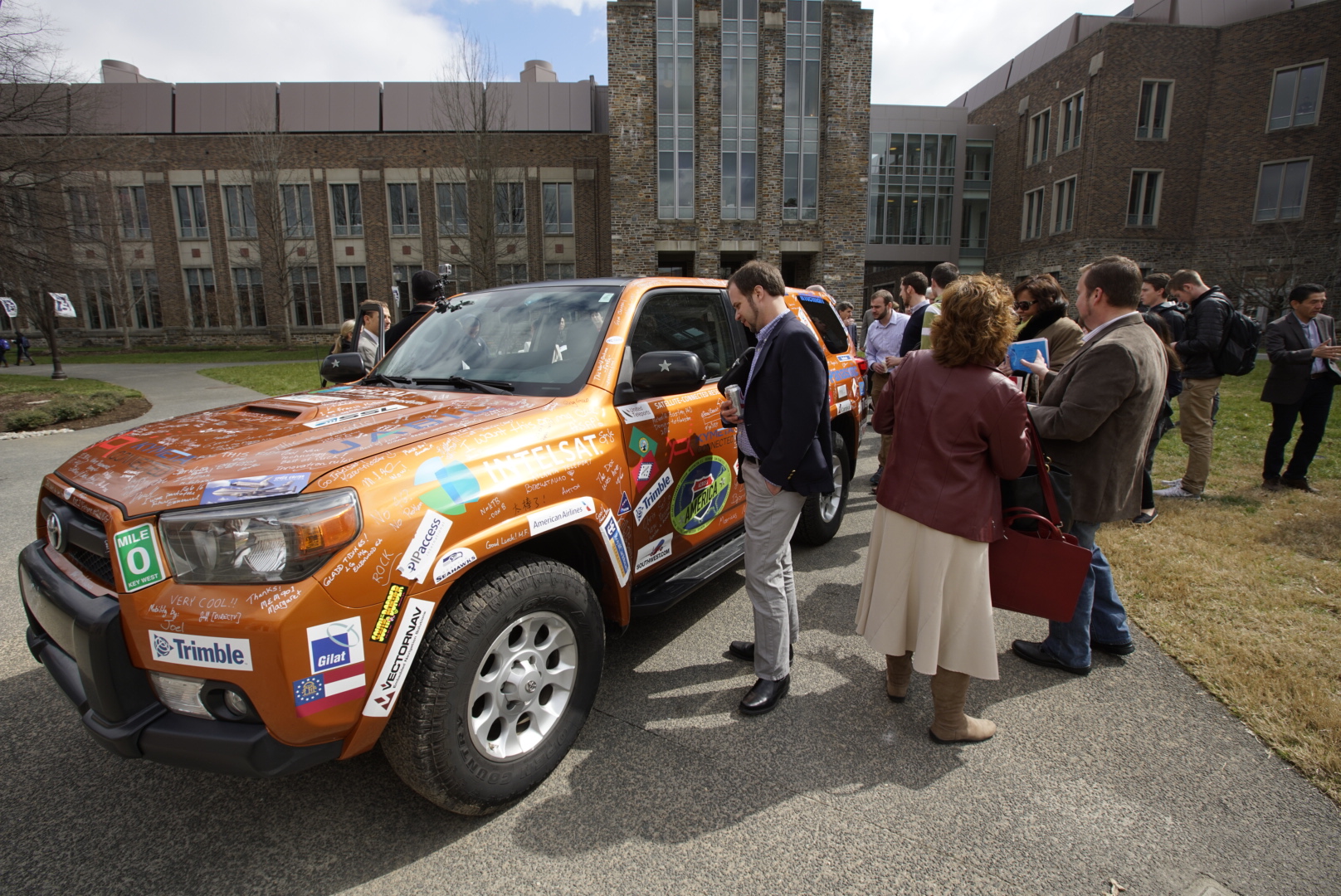 While not commercially available yet, Kundtz’s device is well on its way to market. The mTenna technology can be manufactured by the same plants making LCD televisions, and Kymeta has already entered an agreement with Sharp for production, as well as with Toyota to begin integration into future car models.

After describing the emerging technology, the group talked about the licensing process with Intellectual Ventures and the culture of innovation at Duke that helped move the process forward. The panel also praised the partnership and years of cooperation for laying the groundwork for subsequent licensing negotiations to be quickly and easily finished.

“This story represents everything we hope to achieve. Unbelievable research, a PhD student going into a leadership role and unbelievable technology that is on a pathway to transforming lives of people,” said Carin. “This is what it’s about. Our goal is to make this process happen over and over again.”