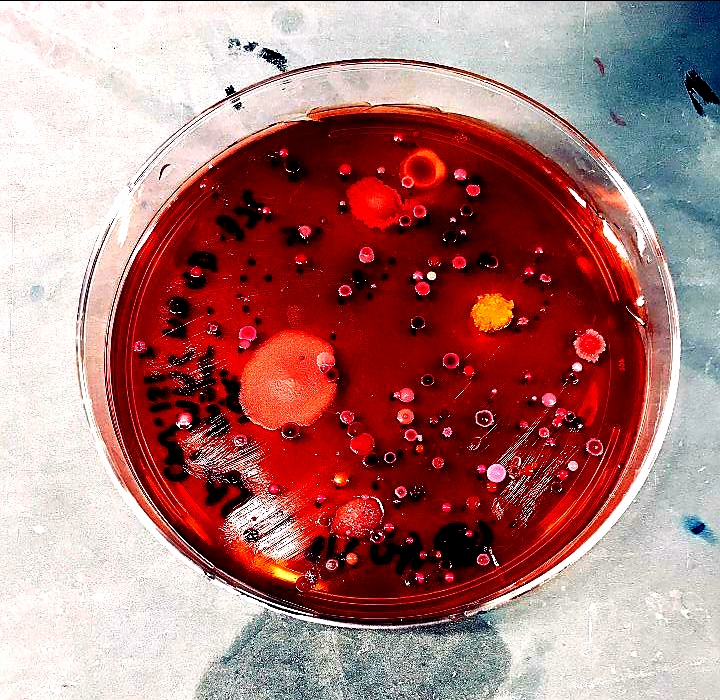 Biomedical engineers at Duke University have demonstrated that at least 25 percent of antibiotic-resistant pathogenic bacteria found in clinical settings are capable of spreading their resistance directly to other bacteria. At the same time, the study shows that, despite common beliefs, the use of antibiotics does not significantly affect the rate at which the genes responsible for resistance are swapped between bacteria.

Researchers used a new high-throughput method of measuring the rate at which bacteria exchange the packages of DNA that bestow resistance. The speed and ability to automate much of the process could allow new insights into what variables affect transfer rates. Such efforts could help doctors slow—or even reverse—the spread of resistance in certain human pathogens.

The results appears online on January 24 in the journal Science Advances.

“Our previous research showed that antibiotics do not affect the rate at which bacteria spread their resistance directly to their community in laboratory strains of E.coli,” said Lingchong You, professor of biomedical engineering at Duke. “But we wanted to see if this is also true for clinical strains of pathogens that are actually out there in the world.”

Each antibiotic-resistant pathogen carries a genetic recipe for its resistance. But like chocolate chip cookies, not all recipes are the same, and not all of them are easily taught to others. One way of transferring resistance, however, is for that genetic recipe to be neatly written into a sharable book of sorts called a plasmid, which is then picked up and read by a neighboring bacteria through a process called conjugation.

As resistance to antibiotics grows around the world, scientists are trying to figure out how to stop it from spreading. But because a lot of antibiotics come from natural sources, it would be impossible to completely eliminate resistance in the wild, which means there will always be reservoirs of bacteria filled with recipe books for resistance.

“So the real problem is the resistance making its way into pathogens that harm humans,” said Jonathan Bethke, a PhD student working in You’s laboratory and first author of the new paper. “We’re looking to gain a good understanding of what factors affect their rate of conjugation, because if you can slow that process down enough, the plasmids carrying the genes for resistance can fall out of a population.”

One major challenge in accomplishing that, however, is the classical method of measuring the rate of plasmid conjugation. Besides being labor intensive, researchers must wait 16 hours for a new generation of bacteria to grow in Petri dishes before they can get the results. This restriction makes this approach difficult to use when dealing with hundreds of bacterial strains and dozens of tweakable variables.

Rather than taking years to finish the experiment, Bethke and Allison Lopatkin, a former graduate student in You’s laboratory who is now an assistant professor at Barnard College, developed a method that uses automated machinery and takes only five hours to deliver results. It involves mixing two strains of bacteria—a donor strain with resistance to one antibiotic that can be shared through plasmid conjugation and a recipient strain with resistance to a different antibiotic that cannot be shared.

After letting the strains mingle and the plasmid conjugation process take place for a set amount of time, the bacterial mixture is transferred to vials containing nutrients and both antibiotics. This promotes the growth of the recipient bacteria that have successfully received the donor’s plasmids for resistance while stunting the growth of all the rest. The researchers then wait to see how long the newly dual-resistant population takes to hit a certain threshold, which indicates how many there were to begin with.

“This method opens up the ability to test many more drugs or environmental factors to see how they influence the rate of plasmid conjugation,” said Bethke. “It will also allow us to determine if there’s some sort of genetic determinant that is playing a greater role in terms of the transfer rate.”

You and Bethke collaborated with Joshua Thaden, assistant professor of medicine at Duke, and Vance Fowler, professor of medicine at Duke, to obtain 219 clinical isolates of pathogens – bugs found in real patients. All carried resistance to beta-lactamase, the most common form of antibiotic in use today. By measuring the rate of plasmid conjugation both with and without beta-lactamase antibiotics present, they showed that, except for one outlier, these antibiotics do not increase the rate of sharing resistance. They also discovered that more than 25 percent of the strains studied are capable of sharing their resistance at rates fast enough to detect.

“We were surprised to discover that it was that high,” said You. “And of course antibiotics do promote the spread of resistance, but our study indicates that it is primarily through selective population dynamics rather than through an increased rate of plasmid conjugation.”

The researchers also examined how slight variations in the genetics of the resistance plasmids themselves affect their conjugation rate. Working with Minfeng Xiao’s laboratory at BGI Genomics in Shenzhen, China, the team sequenced the plasmids and analyzed their DNA. They then categorized the plasmids into “mobility groups” based on how they jump between cells and “incompatibility groups” based on how they replicate. Much to the researchers’ surprise, they discovered that while there were only two mobility groups present in their sample library, neither of which affected the rate of conjugation, there were seven incompatibility groups—and they very much did affect the rate of conjugation.

“This is a preliminary but potentially big discovery because these two classifications are genetic, which makes them easy to identify,” said Bethke. “If we can start to build a library of genetic markers that indicate what a pathogen’s ability to spread its resistance directly to its neighbors is likely to be, then we can start to make large predictions about things like horizontal gene transfer networks and maybe start understanding how bacteria are evolving through this process at large.”

“Such a library would also have direct implications for how doctors use antibiotics in the field,” said You. “This knowledge would help doctors make patient-specific decisions on whether or not to administer antibiotics.”