Over the past several years, Duke has become a vibrant hub of research into aviation security explosives detection systems. Projects with highly technical names like “coded aperture miniature mass spectroscopy” are focusing on making an impact in our everyday lives by making technology used in airport security checkpoints smaller, faster, cheaper, and more effective. In short, these projects aim to make us safer with, in some cases, the added potential bonus of shorter security lines.

The visit stemmed from a Congressional briefing on these projects that OFR hosted in DC this past summer. Intrigued by what he learned from the researchers’ presentations, Rep. Hudson, chair of the Transportation Security Subcommittee of the House Committee on Homeland Security, initiated the idea for a laboratory tour and invited some of his colleagues to join him in viewing the projects in action.

The Members’ visit also included a meeting with President Richard Brodhead and Chancellor Victor Dzau, who stressed the importance of ending the federal budget sequester and reaching a bipartisan solution to the current budget impasse.

Imagine walking through a corridor at your normal pace and proceeding to your gate (with enough time to pick up a magazine and a candy bar), without having to suffer the boredom and indignity of the one-at-at-a-time airport checkpoint security queue.

Professor David Smith is developing technology using metamaterials that would only stop passengers if large antennae in the walls detected dangerous objects on an individual. These metamaterials integrate three types of imaging processes that provide improved resolution and specificity in detection and result in a cost reduction of 10-20 times that of current technology to boot.

This technology will be tested for TSA and DHS in the next one-to-two years and could be in airports in as little as three years. 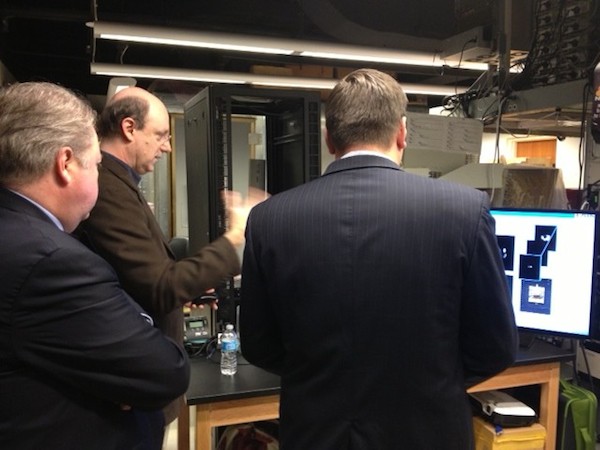 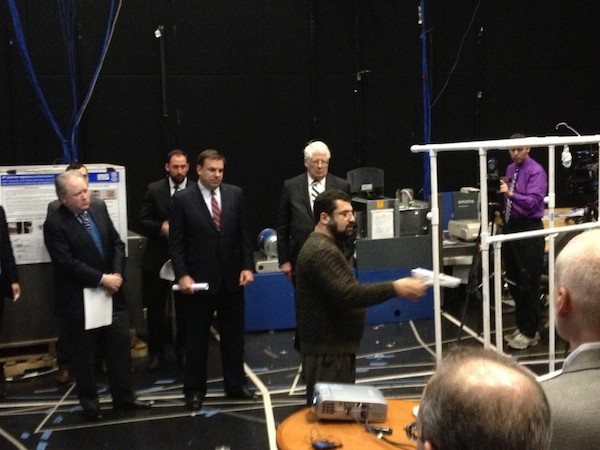 How valuable would a surveillance image be that let you zoom in on the tiny neck tattoo of a person in the midst of a large crowd? The gigapixel camera is an experimental camera with a resolution 10 times that of normal human vision. This super high-resolution allows a viewer, once the picture is taken, to zoom in on an image to a degree that makes even the tiniest details discernible.

Though the AWARE-2 project is funded by the Department of Defense, these cameras, which have obvious applications for surveillance technology, sparked some of the initial DHS interest in Duke research into aviation security. 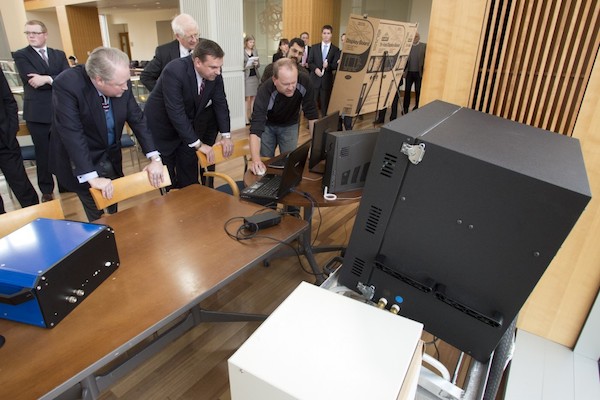 Have you ever had your hands swabbed in the airport security line? The TSA agents are searching for trace amounts of explosives, and although it’s a relatively simple process (from a passenger point of view), the number of false positives returned from these tests are not ideal.

Enter Duke research into CAMMS. Dubbed “the ultimate chemical sensor,” the micro mass spectrometer can be used as a portable explosives sensor, and Duke researchers are developing the technology to make them low cost, sensitive, quick, and field-deployable. 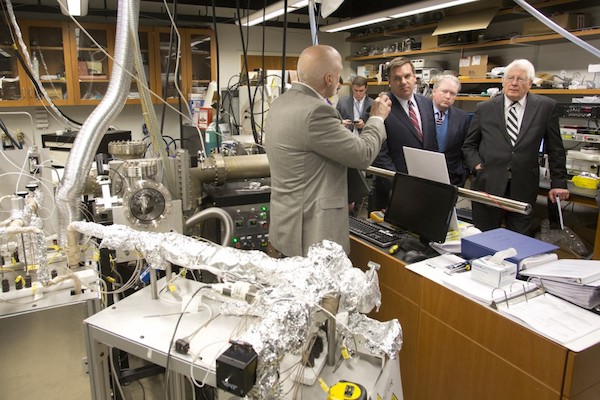 Could the end of the 3 ounce rule be in sight? Current x-ray technology at airport checkpoints display simple outlines of the objects in your suitcase, but Duke professor David Brady is working on an airport x-ray detection system that would actually detect the exact molecular structure of a bag’s contents, allowing screeners to know exactly what kind of material you have in your briefcase.

This research also has implications for the medical field by allowing for lower dosages and focused x-rays, which would reduce the threat of overexposure to radiation. 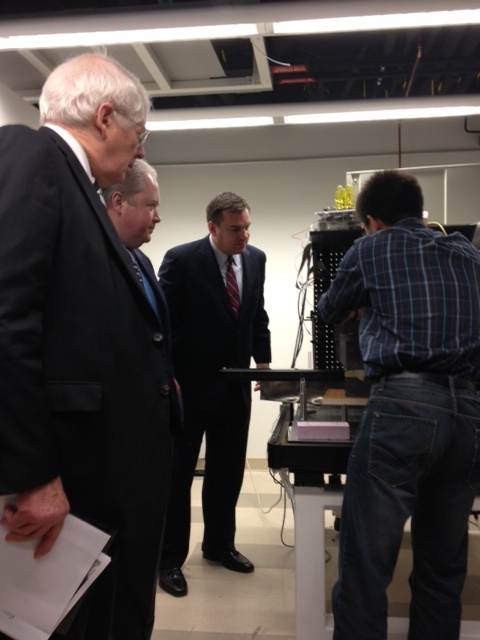