Perhaps it should come as no surprise that the acronym for the environmental nanotechnology center headquartered at Duke is pronounced “saint.” After all, the inspiration for the center struck while founder Mark Wiesner was on sabbatical in France—a  nation renowned for its cathedrals and pantheon of saints—and the center maintains strong French ties to this day—ties that many Duke students and faculty members are capitalizing on. 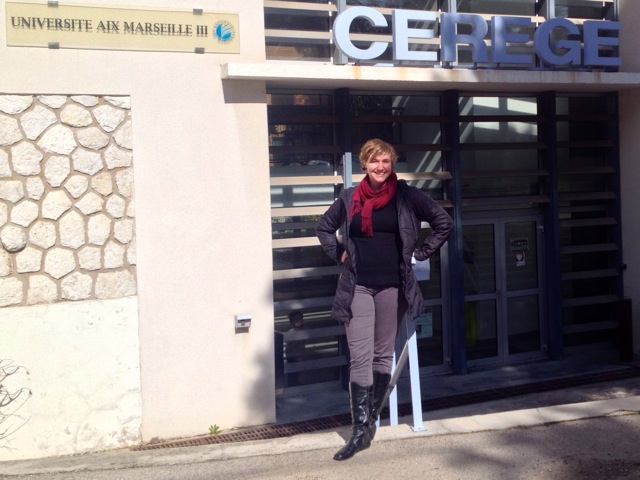 The Center for the Environmental Implications of NanoTechnology (CEINT) connects researchers from around the world in an effort to understand how the numerous types of nanoparticles that are becoming a staple of modern industrial practices and products will affect the environment. It is a daunting task, as scientists are literally inventing the required research techniques from scratch.

CEINT’s international ties date back to 1985 when Wiesner, the James L. Meriam Professor of Civil and Environmental Engineering at Duke, began a job with a water treatment firm in Paris. While there, he met a researcher named Jean-Yves Bottero, who soon took a post at a geosciences environmental laboratory named Le Centre Européen de Recherche et d’Enseignement des Géosciences de l’Environnement, otherwise known as CEREGE.

It was during a sabbatical visiting his friend at CEREGE in Aix-en-Provence that Wiesner decided to try to put together a large environmental nanotechnology research enterprise. So in 2008, when funding came through from the National Science Foundation to tie six American universities together into CEINT, he knew exactly who to call to collaborate with.

“CEREGE has a real specialty inthe nanoscale characterization of membranes,” said Wiesner of his French colleagues. “While we are very good at the engineering and modeling side of our research, their expertise and access to particle accelerator beamlines throughout Europe has been invaluable.”

The mutually beneficial collaboration between CEINT and CEREGE has led to a steady stream of intellectual talent flowing between the two. For example, Jerome Rose, who was a former postdoc in Wiesner’s lab at Duke, now leads the CEREGE group that CEINT works with most often. Melanie Auffan, another of Wiesner’s former postdocs, also works at CEREGE and is on the CEINT steering committee. Both also have adjunct faculty status at Duke, as does Bottero, who leads a CEINT-sized research center based at the CEREGE that is examining the release of nanomaterials to the environment from commercial products. 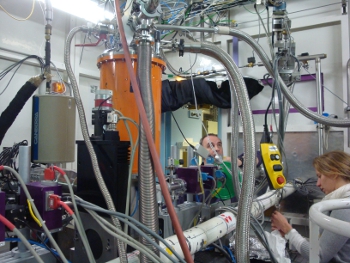 This continual give-and-take between faculty has led to many opportunities for students at Duke. Two Research Experiences for Undergraduates (REU) student slots—10-week-long summer research internships funded by the National Science Foundation—are reserved for CEINT students every year, many of which have been filled by Duke undergraduates. And two Pratt graduate students have snagged prestigious Chateaubriand Fellowships. These extremely competitive awards are given by the French government for American graduate students to study in France—an experience that culminates with the awarding of dual doctoral degrees, one American and one French.

Lauren Barton traveled to the University of Aix-Marseille—one of the CEREGE member institutions—two years ago to study how nanoparticles might change in composition during wastewater treatment practices before entering the environment and will graduate in 2014. Meanwhile, Amalia Turner is currently at the same institution working to understand how plants take up nanoparticles in the environment.

“You need a certain level of trust between institutions to make a program like the Chateaubriand Fellowship work,” said Wiesner. “You have to know that you’re not sacrificing quality. And once you have that level of trust, you can cut through a lot of barriers that might exist otherwise. 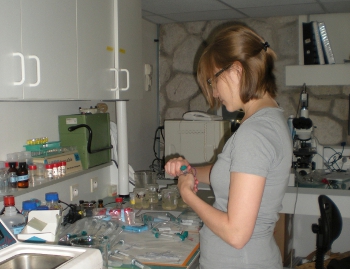 “We really are joined at the hip. Both institutions have a lot of people traveling back and forth. A great way to have a good collaboration is to start with two strong partners, and they’re really strong.”

According to Wiesner, most of the students in his group, both undergraduates and graduates, spend some time in France, some of whom travel as part of the Partnerships for International Research and Education (PIRE) program funded by the National Science Foundation. And that’s a tradition that he expects to continue and grow. As former students graduate and form their own research teams, they will have the connections needed to share their international experience with their own future students.

“We’re working on the environment, and the environment is international,” he said, also noting that he has sent students to collaborators in Singapore and Istanbul. “I think learning to work in international research teams is the bread and butter of the environmental field, and, more broadly, the future of how research and business will work in science and engineering.”