The Career of Gene Goodson

Gene Goodson grew up around cars. From the age of 12, he spent his summers helping out in his father’s automobile dealership, doing everything from putting on seat covers to changing oil to driving the wrecker on nights and weekends. So it would seem inevitable that Goodson would end up with a career in the automotive industry. But to him, the choice wasn’t that obvious. 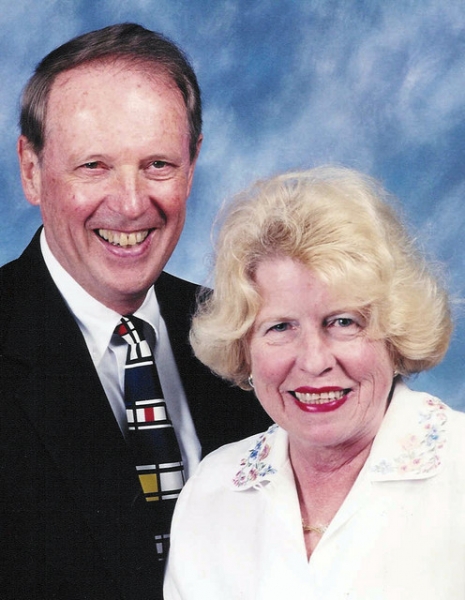 Goodson went to college at Duke in the 1950’s, an explosive time in American music as bebop sounds morphed into rock n’ roll. As accompanist for the Duke Glee Club, he traveled to New York City every year to perform on the Perry Como Show. Though Goodson loved his economics and physics courses, he was drawn to life as a musician. He still remembers walking around the Duke Chapel, his footsteps reverberating on the stones as he decided between the two paths.

“I wondered whether I was good enough to be at the top in music, whether I would want to practice 8 hours a day,” recalls Goodson. “I thought of the benefits and the money, the joy of being in the arts, every possible thought that could go into that decision. And you never know if you’ve made the right one.”

True, Goodson may have been just as happy as a musician, but it is hard to imagine him enjoying more success than he has in the 55 years since he decided to pursue engineering. Goodson spent two decades as a professor of mechanical engineering at Purdue University. He served as chief scientist of the U.S. Department of Transportation during the first energy crisis. In the seventies, he spearheaded a large electric and hybrid vehicle study for the Electric Power Research Institute and the U.S. Department of Energy. And he has worked in industry to bring a number of companies back from the brink of bankruptcy.

Once Goodson committed to engineering, everything else seemed to fall into place. After graduating from Duke with a degree in mechanical engineering in 1959, the renowned Rufus Oldenburger, a luminary in the field of automatic control, recruited him to Purdue to work on a contract with NASA.

“Sputnik had a profound effect on universities and research,” explained Goodson. “When the Russians beat the United States by putting a satellite into space, it really accelerated research in the US, it scared us. So a lot of the research and education money that came out in the late 50’s and throughout the 60’s – including the NASA contract -- was the result of the Russians being ahead of us.”

Goodson worked for a number of years in optimization theory, a branch of science related to space travel. Then while on sabbatical at MIT he met a Stanford professor, Robert Cannon, who was doing research at Cambridge Research Center for the Department of Transportation, and suddenly he was named the Department’s Chief Scientist. The 1973 oil embargo hit, and everyone in Washington was turning to Goodson with questions about the automotive industry.

“It is hard to believe nowadays because it is a real preoccupation of Washington, but in 1973 no one knew about the industry or cars. Having been raised with cars and trucks, I knew just enough to be of help,” stated Goodson. “It was an absolutely amazing experience, but over time I became a bit jaundiced. It seemed like in Washington, if you worked hard and didn’t achieve the results that you set as your goal, you were still satisfied because you had worked hard. That was never my feeling or way to operate. I believe you are measured by what you accomplish, not how hard you work.”

One of Goodson’s biggest frustrations came from a million-dollar study he led on the potential of electric and hybrid vehicles. He and a large team of scientists spent three years conducting the research, which was published in 1980. Then in 1982 oil dropped to $8 a barrel so the government shelved the report, only to revisit the research as prices began to reach new heights in the late 2000s.

“I see what is happening today and it is like déjà vu all over again. It is so discouraging to watch people repeat a study done 30 years ago,” complained Goodson. “There are two things that are really bad. One is to be too early and one is to be too late. We were simply too early.” 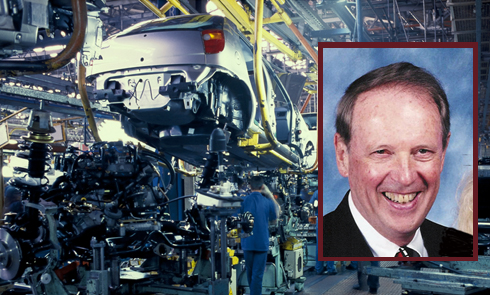 Shortly after his paper was shelved, Goodson -- who had moved up the ranks of academia to associate dean of research -- was invited to move to the automotive industry as a line manager at an automotive supply company. He took the job and in under a decade had converted the company from $150 million in yearly revenue to$1.3 billion. He then moved to Oshkosh trucks as chairman and CEO, where he worked for 8 years before leaving to become an adjunct professor at the University of Michigan Business School and a consultant.

“I tend to look at institutions in a two-dimensional way, to their degree of form and substance. The government is all form and no substance. Industry is all substance and very little form. And academics is about halfway in between,” stated Goodson. “It was in my upbringing that if you were ever bored or depressed or tired, then it meant you needed to get to work. That mantra – to get things done -- has guided me in industry more than anything else could.”

Goodson has shared a number of such pearls of wisdom over the years through a series of workshops to companies interested in improving their profitability and growth. He always refers to his 2002 paper in the Harvard Business Review titled: “Read a Plant–— Fast,” where he described a tool he developed to rapidly assess plant performance. The tool teaches people to gauge how well-run an operation is using a few visual cues, such as cleanliness and organization, as well as conversations with employees. Goodson jokes that the technique should be used with caution, as his wife doesn’t appreciate being assessed while she cooks dinner.

However, that hawk-eyed approach is appreciated by the six companies – some automotive, some not -- for which Goodson serves on the board of directors. He has been told that he is the member who “stirs up trouble,” and at the age of 76, he doesn’t see that changing any time soon.

Nor has his love of cars abated with age. Goodson can rattle off the details of all five Porsches he has owned in his lifetime, culminating with his most recent Porsche 911 Carrera 4S Cabriolet, ruby red with a tan interior.

And though he chose engineering, he still has music in his life. His wife Susie, who he met at Duke, is an organist. His daughter has a doctorate in music from Michigan; his son, a doctorate in engineering from MIT but a fine baritone. Because of them, he can’t doubt his path was the right one.