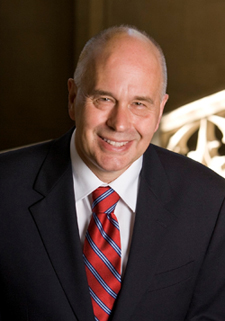 Robert Calderbank, director of the Information Initiative at Duke (iiD) and the Charles S. Sydnor Professor of Computer Science, has been named the 2015 recipient of the Claude E. Shannon Award by the IEEE Information Theory Society.

“The Shannon Award is as big as it gets in electrical engineering and computer science,” said Tom Katsouleas, dean of the Pratt School of Engineering, where Calderbank is a professor of electrical and computer engineering. “We couldn’t be more proud and pleased that our distinguished colleague has received this recognition from his home society. It reflects the fundamental role he’s played in communications, with many of his algorithms in use in mobile phone and internet communications today.”

"Robert is joining a list of the giants of information theory," said Vice Provost for Research Larry Carin in an email to faculty in electrical and computer engineering. "Many of these people are the pioneers responsible for our modern highly integrated world, driven by the remarkably efficient transfer and storage of information."

"To think of Robert's work only within the technical arena would be an error," said Laurie Patton, dean of Trinity College of Arts & Sciences. "Through his work in iiD at Duke he has also integrated information technology into the arts, humanities and social sciences through a variety of curricular initiatives. He has dramatically improved the intellectual  'signaling' between the arts and the sciences as well."

Calderbank joined Duke in 2010 to become dean of natural sciences after directing the Program in Applied and Computational Mathematics at Princeton University. Prior to joining Princeton in 2004, he was vice president for research at AT&T, responsible for one of the first industrial research labs to focus on "big data." He is a member of the National Academy of Engineering.

The Claude Shannon Award honors “consistent and profound contributions to the field of information theory.” It is named for a man considered the father of information theory, who in his 1937 MIT masters thesis first proposed applying Boolean logic to electrical circuits.

Calderbank will present a Shannon Lecture at the IEEE International Symposium on Information Theory in Summer 2015 in Hong Kong.