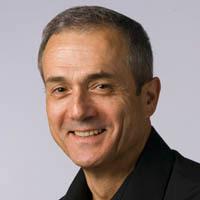 Adrian Bejan, the J.A. Jones Professor of Mechanical Engineering at Duke, has been named a member of Academia Europaea, the Academy of Europe.

The Academia Europaea comprises 3,000 eminent scholars of international distinction, irrespective of nationality, location or discipline. Members are nominated by their peers and confirmed by the Council of the Academia.

Bejan, a graduate of the Massachusetts Institute of Technology, is noted for research in wide range of topics in thermodynamics, heat transfer, fluid mechanics, convection and porous media, and for developing the constructal law of design in nature (constructal.org).

He is the author of 28 books and 580 peer-referred articles, and has ranked since 2001 among the 100 most highly cited authors worldwide in engineering according to the Institute for Scientific Information. Bejan has received 16 honorary doctorates from universities in 11 countries.

Bejan and other new members of the Academia Europaea will be inducted during the academy’s 2014 annual conference in Barcelona, Spain.