Adrian Bejan's theory, which he terms the constructal law, predicts that among other phenomena, elite pitchers will continue to be taller and thus throw faster

Baseball pitchers usually throw the ball faster and harder than the other eight players on the field. They also tend to be the tallest.

This is no surprise to Duke University engineer Adrian Bejan, who has developed a theory, which he terms the constructal law. The theory predicts that among other phenomena, elite pitchers will continue to be taller and thus throw faster. The constructal law simply states that “flows” follow the path of least resistance to improve the efficiency of the flow, like tributaries in a river delta.

Since most sports are meticulous in keeping statistics, studying athletes can provide unique insights into the evolution of social organization, Bejan said. For example, he has already used the theory to help explain why the most successful runners and swimmers have continued to get bigger and taller over the past century. 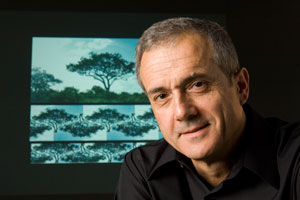 Now he’s applying his theory to other sports, including baseball. While many sports may seem different, Bejan argues that one characteristic unites many of them -- the “falling forward” motion involved, whether it be a pitcher’s arm or golfer’s swing or boxer’s punch. Basically, the larger and taller athletes are, the more force they can bring to bear as their mass falls forward.

“Our analysis shows that the constructal-law theory of sports evolution predicts that the speed records of swimmers and runners will continue to be broken by taller and larger athletes,” he said. “The constructal law predicted correctly, with the same formula, the evolutionary direction of both of these speed sports, but also sports where speed is needed for throwing a mass, ball or fist.

“Different sports such as baseball, golf, hockey and boxing illustrate how the constructal theory of sports evolution can help predict success in competition,” Bejan said.

The falling forward idea states that the larger and taller an individual, the more force can be applied as the ball is hurled forward. Bejan’s students studied the average heights of all nine positions in major league baseball since 1960 and found that pitchers check in as the tallest at an average of six feet, 2.2 inches tall.

“The average height of the pitchers active at least one season has increased almost at a constant rate during the past century from five foot, nine inches to current levels,” Bejan said. “Shortstops and second basemen, who have the shortest throws to first base, tend to be the shortest players on the field.”

While Bejan spent the bulk of his analysis on baseball, he also looked at the similar sports of golf and hockey, where a stick strikes a ball or puck.

“This suggests that height plays a definite role in the success of an athlete in golf,” Bejan said. “The increase in driving distance with body mass is due to the fact that larger moving bodies are capable of exerting greater forces.

The same reasoning also applies to sports equipment, such as golf clubs and hockey sticks. For example, Bejan said, the increased size of club heads has contributed to a 30-yard increase in average driving distance on the Professional Golfers Association (PGA) tour during the past 30 years.

The work of Bejan’s group was performed as part of the undergraduate course “Constructal Theory and Design,” developed at Duke with the support of the National Science Foundation. The results of Bejan’s analyses were published in July 2013 in the International Journal of Design & Nature and Ecodynamics.

Other members of the team were Sylvie Lorente, an adjunct professor of mechanical and material science at Duke, and undergraduate students James Royce, Dave Faurie, Tripp Parran, Michael Black and Brian Ash.