We Are All Engineers Now: Barton Professorship Aims to Boost Interdisciplinary Research

Maiken Mikkelsen has been named first holder of the professorship. 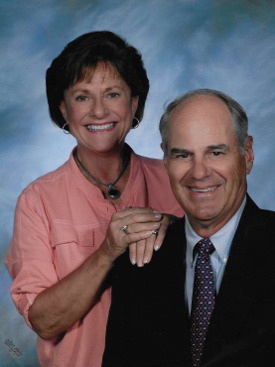 It's difficult to imagine a world without plastics, but when Jim Barton graduated from Duke in 1960 the petrochemicals industry was just beginning to take off. Today, plastic is critical to everything from agriculture to household goods, medicine, and industry. Jim enjoyed a long and successful career in petrochemical technical sales and automation with Union Carbide.

For his son, Rich Barton, a former Microsoft executive and founder of leading innovative companies Expedia, Zillow, and Glassdoor, the example was compelling. "My dad went into the industry that was inventing the future," says Rich. "He set a fine example for me in that way."

Shaping the future was exactly what Rich and his wife, Sarah, had in mind when they recently established the James N. and Elizabeth H. Barton Associate Professorship of Electrical and Computer Engineering in Duke's Pratt School of Engineering in honor of his parents. The couple is committed to attracting more young people into science, technology, engineering and math (STEM).

"We need more well-trained engineers," says Rich. "I would tell you that we are all engineers now. There is no aspect of academics, business, politics and life where engineering doesn't play a role."

The Bartons' gift was matched through the Vinik Faculty Challenge, established in 2012 by Duke alumnus Jeffrey N. Vinik and his wife, Penny, to help Duke recruit and retain world-class professors who focus on challenges in engineering and related areas, including energy, medicine and the environment.

The Bartons were thrilled to learn that Maiken Mikkelsen has been named first holder of the professorship. Mikkelsen joined Duke in 2012. She holds advanced degrees in physics and completed a postdoctoral fellowship at the University of California at Berkeley. Her research interests include experimental studies of spin dynamics in solid state systems, light-matter interactions in nanostructures, plasmonics, and quantum information science.

"The computer science and engineering expertise she brings, and all of the interdisciplinary skills she has are just wonderful," says Jim. "I believe [the professorship] will be a real tribute to the engineering school, and attractive for future faculty members."

Jim Barton first became intrigued with interdisciplinary teams when he served on the Dean's Council, the precursor to the current Pratt Board of Visitors. At the time, funds were being raised to build the Fitzpatrick Center for Interdisciplinary Engineering, Medicine, and Applied Sciences (FCIEMAS). Completed in 2004, FCIEMAS is designed to encourage students and faculty to work at the boundaries between disciplines to make major advances in the fields of bioengineering, photonics, communications, and materials science and materials engineering.

"It's just been wonderful to watch engineering and the sciences begin to collaborate, and now with the capabilities of computers and artificial intelligence, it's just going to go crazy," says Jim. "And Rich, with his knowledge of the computer and Internet, recognizes what these technologies can do for science and education. Betsy and I are very proud of Richard and Sarah wanting to do this. It's always been part of our family's DNA that we love to give back and make the world better."