From Duke Magazine's "The Blue Note" 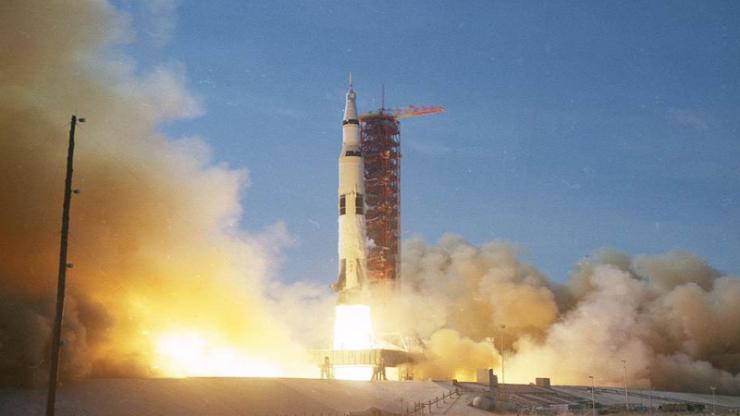 Fifty years ago this month, Apollo 11 launched from Florida’s Kennedy Space Center and Neil Armstrong took his “small step.” And, on the team it took to pull off such a historic feat were three Duke alumnae, including two Duke Engineers.

Joining Julie Isherwood (WC’68) on the Apollo program were Parrish Nelson Hirasaki (E’67)  and Lindsay Robinson (E’67). And by their telling, they had the time of their lives doing it.

“Our families thought we were rock stars,” says Hirasaki, with delight in her voice. “Even though I was part of a large group, they would tell people the astronauts couldn’t have gone to the moon without me.”

The women worked for TRW, an aerospace contractor for NASA, and were based in Houston. Hirasaki did the calculations for the command module’s heat shield, a critical piece in protecting the astronauts as the module re-entered Earth’s atmosphere. Isherwood was a kind of trouble-shooter; she worked in the trajectory analysis division, helping to generate the abort parameters, and later, on lunar ascent and descent. Or in simple terms for non-rocket scientists: “If astronauts saw our numbers, they were in real big trouble,” she says. Robinson worked with computer simulations for the electrical power systems on the lunar, command, and service modules.

To learn more about the experiences and career paths of these women trailblazers, check out the full story on Duke Magazine's "The Blue Note."