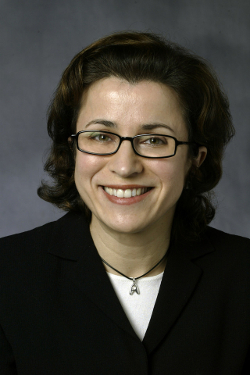 Ana Barros, professor of civil and environmental engineering at Duke, has been named a 2014 American Geophysical Union (AGU) Fellow. The award is given to no more than 0.1 percent of the AGU’s total membership each year and recognizes individuals who have made exceptional scientific contributions and attained acknowledged eminence in the fields of Earth and space sciences. Barros’s most recent project has involved leading a field campaign to help calibrate NASA’s newest weather satellite with ground-based sensors her group has spent years installing in the western North Carolina mountains. She will be recognized along with her peers during a ceremony on Wednesday, December 17, 2014, held during the AGU Fall Meeting in San Francisco.